Since 1964, nine sitting presidents have stood for re-election.

Five of them were challenged in the primaries.

If 2020 obeys the normal rules of political physics, President Trump will face a primary challenger.

These are their stories. CHUNK-KUNK!

Here is what we know about Romney: He has a political network independent of the RNC apparatus. He has independent wealth. He has always believed that he was called to run for president. As a former party nominee, he is instantly credible and would command a huge media presence—and not just because the media now feels guilty about trashing him in 2012. And he has a safe political perch from which to run.

Threat level if he runs: DEFCON 3

(2) Jim Mattis. When you go into an administration, be polite, be professional. But have a plan to kill everyone you meet.

Mattis was a perfect choice for SecDef not only because he’s wise and a great leader, but because he had been approached about challenging Trump late in 2016 and had declined. The safest place for a president to put potential challengers is their own Cabinet. So ensconced, Mattis posed absolutely no danger to Trump.

But then Trump decided to pull out of Syria in the most harmful way possible. This pushed Mattis to resign. Then Trump got angry at all the good press Mattis was getting, so he moved the secretary’s last day up. And then, because he was still pouty, Trump dumped all over Mattis publicly.

Does Trump want Mattis to run against him? Because aside from shooting the guy’s dog, there’s basically nothing more he could do to bait the general into a run.

If Mattis were to run, it would be an existential threat to Trump because he would run not as an anti-Trumpite, but as a whistleblower. The message would be: I served this president. I was on the inside. I know what it looks like. And he’s not fit for office.

It’s one thing to have some undersecretary of agriculture making that argument. Having it come from a beloved general who is regarded as one of the great military minds of his generation? Yikes.

Threat level if he runs: DEFCON 1

(3) John Kasich. Funnily enough, Kasich probably helped Trump in 2016 by hanging around in the primaries and siphoning off anti-Trump votes that otherwise could have consolidated around Ted Cruz.

Also funnily enough, Kasich’s brand of centrist reform-ish conservatism is not all that far from Trump’s. (Never forget that Trump campaigned on leaving Social Security and Medicare untouched and said that repealing Obamacare the way Cruz wanted to would leave people “dying in the streets.”)

As such, Kasich is probably the least-threatening mainstream challenger for Trump. By running to Trump’s left as an anti-Trumper, Kasich wouldn’t put any of Trump’s base in play. And many of the potential Kasich supporters may have already fled the GOP. So why have him this high on our list? Because he’s the most likely to actually run.

Chance of running: “Could we do this thing?”

Threat level if he runs: DEFCON 4

(4) Nikki Haley. She was another smart Cabinet appointment because she’s an ambitious Trump critic who, left to her own devices, might have looked for angles on a 2020 run in order to position herself for the post-Trump world. Like Reagan in 1976.

But for some unknown reason, Trump couldn’t keep her in the administration. If he was playing pure Godfather politics, he would have done just about anything to keep her—make her SecState, SecDef, or chief of staff, even. Anything to keep her close to him until the primary window had passed. Instead, Haley is on the outside looking in and if she senses that there’s opportunity, who knows what she might do. She could even position a challenge as “more in sorrow than in anger” should the bottom fall out on Trump’s approval rating in the fall of 2019. If Trump is sitting at 35 percent and there are a passel of charismatic Democrats vying for the nomination, Haley could run as someone just trying to rescue the party from looming disaster with no malice for Trump.

Chance of running: “I have absolutely no plans to run at this time.”

Threat level if she runs: DEFCON 2

(5) Jeff Flake. The dream challenger—in Trump’s eyes. Let’s stipulate that no primary challenger is a good primary challenger. But if Trump had to have someone to play the tomato can in a squash match, Flake is the guy. He’s the perfect foil: A young-ish pretty boy with no national constituency who can easily be painted as a RINO who’s weak on immigration and might not break the 15 percent mark in New Hampshire.

Chance of running: “I probably have something better to do . . .”

Threat level if he runs: DEFCON 5 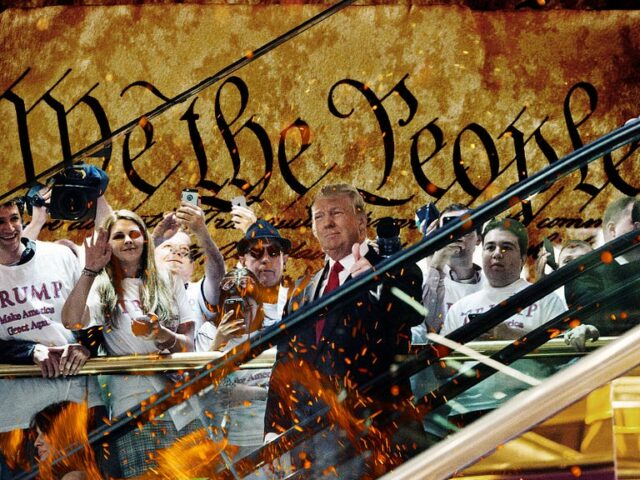 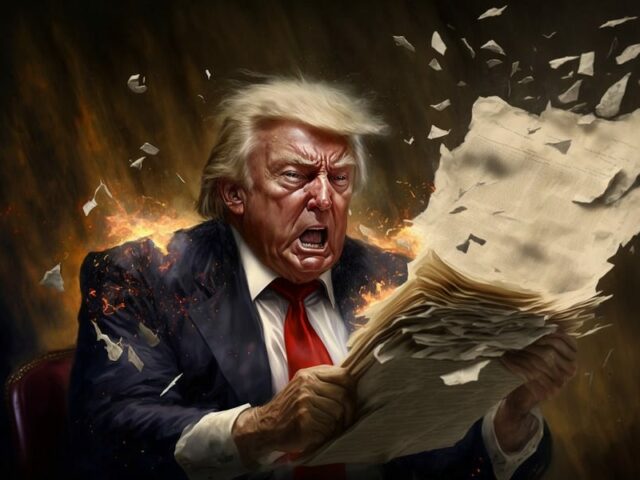