Are Democrats Willing to Address Their Anti-Semitism Problem?

When the Women’s March kicks off on Saturday, one notable group will be decidedly absent. Earlier this week, the DNC quietly withdrew its sponsorship from the march, prompting much speculation as to why. That speculation would have been unnecessary had the DNC simply explained its motivation for withdrawing. But strategic silence seems to be Democrats’ preferred method of handling their anti-Semitism problem.

The march has long dealt with accusations of anti-Semitism, but a bombshell report from Tablet in late 2018  made things far worse for the organization’s leadership.  It was only following that heated and public exchange that the DNC’s name was pulled from the list of partners on the Women’s march website. The DNC still has not publicly commented on its withdrawal from the march.

They forgot what country they represent. This is the U.S. where boycotting is a right & part of our historical fight for freedom & equality. Maybe a refresher on our U.S. Constitution is in order, then get back to opening up our government instead of taking our rights away. https://t.co/KkmqjR58ZM

Tlaib’s misdeed was not meaningfully different from Steve King’s (R-IA) recent remarks about how and when white supremacy first became offensive. And yet her Democratic colleagues, who were quick to weigh in on King’s comments—and who are ostensibly committed to combating bigotry and racism in all forms—were uncharachteristically silent.

The canard of dual loyalty has been thrown at Jews in this country and in others around the world for generations. By saying and doing nothing in response, Democrats in Congress demonstrate that anti-Semitism does not rank high on their list of world-evils that need solutions. Perhaps this is because Jews do not easily fit into what their picture of “oppression” looks like. Or perhaps it is because Jews in this country are largely thought of as white. Whatever the reason is, had Tlaib accused some other minority of dual loyalties, the Democrats would have been apoplectic. There is a reason they are largely able to get away with such a disparate approach to different types of hatred.

Racism on the right and left look very different. The Steve Kings of the world do not hide their beliefs, but instead try to rationalize them. They argue that their supposed superiority is natural and inarguable, and that it is only the amorphous cloud of political correctness that blindly characterizes their beliefs as improper and hateful. Bigotry on the left is different. It is equally ubiquitous and equally pernicious, but far more subtle as it is typically couched in progressive language. Often, it comes not from the mouths of old white men but is spewed by young men and women of color. Intersectionality has led modern society to believe that white americans are always guilty of some crime or other, while marginalized populations are always the oppressed and never the oppressors. This explains why mainstream Democrats have been tepid about rebuking people like Tamika Mallory, Linda Sarsour, Keith Ellison, Rashida Tlaib, and Ilhan Omar when they say and do things that can only be characterized as anti-Semitic.

The Democrats faced significant criticism for being utterly silent in response to Tlaib’s dual loyalty accusation, which may have helped spur the DNC to withdraw sponsorship from the Women’s March. This is an important, and decidedly moral move on the part of the DNC. There’s just one problem: they’re still being silent. Actions may generally speak louder than words, but words are themselves important as well, especially in cases like these. For the DNC to withdraw from the march is a step in the right direction. But doing so only now, and without comment, makes it a particularly weak and impotent step. Especially given the news Thursdsay that Democrats gave Omar, a House freshman representing Ellison’s former district, a plum seat on the House Foreign Affairs Committee.

In his latest column, Ross Douthat offered the Democrats some crucial advice: “For liberals pondering how to sustain a quarantine in a more populist future, the right’s experience with (and leading up to) Trump offers several lessons. The first is the obvious one: For a quarantine to work, you have to be willing to commit to it even when it has electoral costs.” He’s right, of course. There may be electoral costs to calling out the controversial members in their midst. But as with Republicans and King, the moral costs of not doing so are far higher. 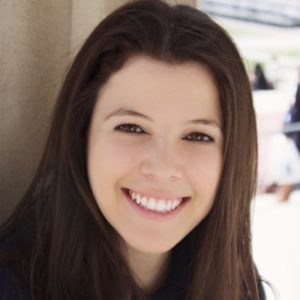