Justin Florence is Co-Founder and Legal Director of Protect Democracy. He previously served in the Office of the White House Counsel as Special Assistant to the President and Associate Counsel to the President. Justin also worked for Senator Sheldon Whitehouse as Senior Counsel on the staff of the Senate Judiciary Committee. Outside of his service in government, Justin has also worked in private practice at Ropes & Gray LLP and O’Melveny & Myers LLP. Justin also served as a Fellow at the Georgetown Center on National Security and the Law, as well as a Law Clerk to the Honorable Diana Gribbon Motz on the U.S. Court of Appeals for the Fourth Circuit.

Rachel Homer is Counsel at Protect Democracy. She previously served in the Department of Justice and the Department of Health and Human Services, as well as for Senator Franken’s Senate Judiciary Committee staff. She also served as a Law Clerk to the Honorable Diane P. Wood on the Seventh Circuit Court of Appeals and the Honorable John D. Bates on the District Court for the District of Columbia. 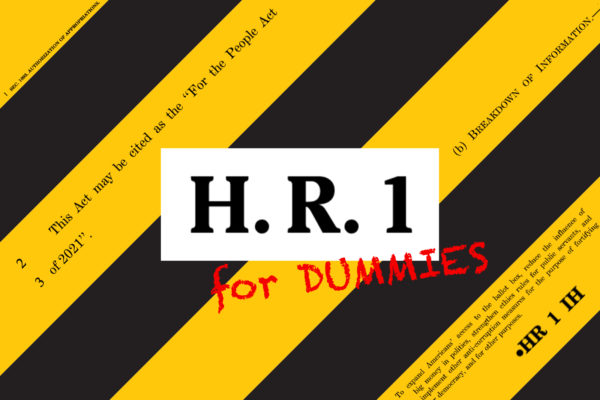 A layman’s guide to understanding what the For the People Act is and why America needs it.
Justin Florence and Rachel Homer