In recent unguarded comments, Acting White House Chief of Staff Mick Mulvaney expressed dismay with his party’s hypocritical flip-flopping on fiscal policy. He noted that, under President Obama, Republicans portrayed rising federal debt as a threat to the country’s prosperity, but today, with President Trump in the White House, the debt is apparently not a problem.

Mulvaney—whose comments came in a supposedly off-the-record session with students at the Oxford Union last month—might want to consider the president’s role in the party’s “evolving” perspective before casting blame on others.

While campaigning in 2015 and 2016, Trump was still a deficit hawk, at least rhetorically. He told voters he could cut taxes, increase defense and infrastructure spending, and balance the budget without entitlement reform. He promised never to change Social Security or Medicare benefits, and even said he wouldn’t cut Medicaid. He said he could make it all work financially by renegotiating the country’s supposedly disastrous trade deals, without ever explaining how trade deals might affect federal spending or revenue. He also implied that his business experience and negotiation skills would allow him to find budget savings that eluded others, and that Social Security and Medicare could be “saved” by eliminating fraud and abuse.

None of this was true. Much of it made no sense. But voters were eager to believe it, which is all that mattered as Trump campaigned for the presidency.

Since taking office in 2017, the president has avoided addressing fiscal matters in any serious or sustained manner. Each of his budget plans, including the one released in early February, have included proposals for deep cuts in domestic accounts, but he has not made it a priority to get them through Congress. He has never spoken about the budget, spending restraint, or deficit reduction in any of his state of the union addresses or other major speeches. He was recently recorded in unscripted remarks saying no one cares about deficits, with the clear implication that he certainly doesn’t.

His record reflects his uninterest. Working with Republicans in Congress, the administration secured the tax cut he promised during the campaign, along with defense spending hikes in each of his first three years in office. But there has been no sustained attempt to reform programs or cut spending. In fact, the president agreed to two spending deals with Democrats that substantially increased domestic accounts to match his requests for defense. Predictably, the government’s annual budget deficit has grown, even though the economy has been running at or near full employment.

The Congressional Budget Office (CBO) released its updated budget forecast in January, and it shows the federal government running a cumulative deficit of more than $13 trillion over the period 2021 to 2030. By 2030, the deficit will reach $1.7 trillion, or 4.2 percent of GDP. Federal debt is expected to exceed 98 percent of GDP at the end of 2030. In 2008, federal debt stood at 39 percent of GDP.

Under President Trump, government borrowing has been rising at a faster rate than during President Obama’s second term (after the economy had mostly recovered from the financial crisis that began in 2007). From 2013 to 2016, the federal government ran an average annual deficit of 3.1 percent of GDP. From 2017 to 2019, the average deficit was 4.0 percent of GDP.

For decades, most Republicans have understood that entitlement reform, however difficult, was necessary for fiscal and economic reasons. Nearly forty years ago, President Reagan struck the last significant bipartisan deal on Social Security, which lowered its long-term costs while also increasing revenue. The need for further fixes to the major entitlement programs has been the subject of countless hearings, speeches, and conferences. The official GOP platform in 2012 warned that, “absent reforms, [Medicare and Medicaid] are headed for bankruptcy that will endanger care for seniors and the poor.” In recent years, entitlement reform had been championed by Paul Ryan and many other prominent Republicans (including Mulvaney).

Trump led the charge against his party’s position on entitlement reform. It is certainly easier to oppose changes to Social Security and Medicare than to support sensible adjustments, but, in following the president down this road, the GOP risks losing its ability to draw contrasts for voters on spending, deficits, and debt. The Democratic party has always favored more spending and higher taxes, and Republicans less. But if spending restraint is no longer possible, then it is only the Democrats who have a formula for a sustainable fiscal position (the emerging GOP formula—low taxes and high spending—produces deficits like those being racked up Trump). And if taxes are needed to stop runaway debt, voters are more likely to trust Democrats, who want to target “the rich,” than Republicans, who, rightly or wrongly, are seen as protecting the interests of high-income households.

It is possible that the president realizes he has driven the party into a budgetary cul-de-sac and now wants to find a way out. In Davos, Switzerland, he startled observers by seemingly reversing himself on entitlements. He said in an interview that, after the election (and presuming he gets a second term), entitlement reform might be possible.

One hopes that he is serious, but there are reasons to be skeptical. After news broke about the reversal and Democrats attacked him, the president quickly restated his commitment to protecting Social Security, and his aides said his comments in Davos were not an indication of a changed position on entitlements.

A major obstacle to entitlement reform is the clumsy language politicians use when talking about the subject. The truth is that there is no viable plan that would “slash” Social Security and Medicare benefits, or fundamentally change how the programs work. Voters should be reassured first that these programs aren’t going anywhere, and that benefits in the future will look very similar to the benefits being provided today.

What’s needed are adjustments, applied prospectively, that modernize these programs for future beneficiaries. That means bringing more cost discipline to Medicare with market incentives, and adjusting benefits in both Social Security and Medicare to reflect longer lifespans. Workers should stay in the workforce longer in the future, and retire later, which would lessen the financial pressure on the federal government. Further, program benefits should be adjusted to provide greater protection to retirees with low lifetime earnings and somewhat less than promised in current law to those who earned higher wages during their working years.

Even with better language, though, the president may not have what it takes to get this job done. Social Security and Medicare reform will require a leader who is willing to take political heat on behalf of an important national objective and can work constructively across partisan lines. These are not characteristics that immediately come to mind with Trump.

Still, if Mulvaney and other White House aides can convince the president that abandoning entitlement reform would be a long-term mistake for the party, that would be progress. 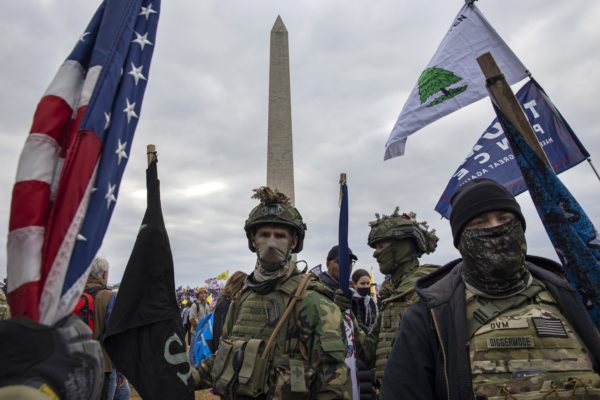