Can Democrats Find Their Fear and Rage?

A raped and pregnant 10-year-old crossing state lines for an abortion. A coup against our government led by a president eager to send a mob he knew was armed to threaten the vice president and members of Congress. A Supreme Court that rules against the majority of the country on guns, abortion, and climate change and may side with Republicans next year who want partisans to decide our elections. The attorney general of Texas admitting he would welcome the return of anti-sodomy laws.

After years of tumultuous change and accelerating division, these past days and weeks have made perfectly clear—even to those who had tried tuning it all out when Donald Trump lost the 2020 election—just what Republicans do with power.

In the wake of the Supreme Court overturning Roe v. Wade, and explosive testimony in several hearings on January 6th, polls show enthusiasm about voting rising, and the generic ballot tightening or even leaning toward Democrats. Yet reportedly the party’s base is unmoved. Some Democrats are telling us that it’s just too much to expect their voters to turn out in November because, to them, Biden’s first half of his term has been a failure. Their perception seems to be that current events are terribly disappointing, but not dire.

Here’s Rep. Cori Bush explaining her view of the situation to the Washington Post:

We can’t just tell people, “Well, just vote—vote your problems away.” Because they’re looking at us and saying “Well, we already voted for you.”

What Bush seems to be saying is that because Democrats couldn’t deliver on voting rights, police reform and a revolutionary social-welfare program, then the answer is for their voters stay home and help elect Republicans.

But of course, the last 18 months have proved exactly the opposite: Voters put Democrats in power with a very narrow majority and in return they got an ambitious COVID rescue plan, a bipartisan infrastructure law, and bipartisan gun reform. If Democrats want more of their legislative priorities addressed, then they should be eager to vote. Because that is how you solve your problems. And the bigger the majorities you can make, the bigger the problems you can tackle.

Contra Bush, voting is literally the only solution.

One may have assumed the end of Roe would unite the Democrats in shared fury. But the response instead has been Democrats getting mad at . . . Democrats.

President Biden is being urged to take immediate, bold action by some members of his party. They want to return to the failed debate on eliminating the filibuster, which Sens. Kirsten Sinema and Joe Manchin still won’t agree to. Some activists want to expand the Supreme Court or use federal lands and national parks for pop-up abortion clinics—neither of which are politically viable, whatever you think of the merits.

So the message the Democratic base hears is:

In response to this emergency we are more focused on cannibalizing our coalition than addressing the emergency—which requires defeating Republicans.

Of course, Democratic voters are used to this message, because they have been hearing it for more than a year now. They have been consistently told that Democrats in control of the White House and the Congress have worn down and “demoralized” millions of their own voters.

Bernie Sanders, for instance, has not been principally concerned that the Supreme Court would overturn Roe—and that same sex marriage could be next. Or that Big Lie Republicans across the country have been nominated after campaigning on promises to steal the next election. Instead, he has mostly focused on criticizing his party for turning its back on the working class.

Months ago Sanders declared that a “major course correction” was required and said “You really can’t win an election with a bumper sticker that says: ‘Well, we can’t do much, but the other side is worse.’”

Really Bernie. It sure seems like the Republicans have figured out how to make that math work.

Elizabeth Warren also raised alarm this spring about how depressed the base was and how much and how quickly Democrats had to produce results or face a wipeout in the fall. In a New York Times op-ed she warned “We promised more—and voters remember those promises.” Warren also insisted the party respond to struggling Americans with more economic policy. “We’re not here to fight culture wars. We’re here to make a real difference in the lives of people who need us,” she said.

Because while Democrats might not care about the culture war, the culture war cares about them. Like it or not, swing voters are more moved by cultural messaging on the right than economic messages from the left.

In their Progressive Policy Institute study released in February called The New Politics of Evasion: How Ignoring Swing Voters Could Reopen The Door For Donald Trump and Threaten American Democracy, authors William Galston* and Elaine Kamarck wrote about how Democrats are refusing “to confront the unyielding arithmetic of electoral success.”

The reason is that Democrats have “been led astray by three persistent myths: that ‘people of color’ think and act the same way; that economics always trumps culture; and that a progressive majority is emerging.”

The abortion war, should Democrats allow it, could unite their coalition and divide the GOP. It’s a culture battle worth waging. Someone should explain to Warren that while rising costs are on Democrats, mandatory births are on Republicans. Warren might also spend some time highlighting promises Republicans have made—that they will spend an entire two years investigating Hunter Biden and some of those months impeaching Joe Biden.

The likely fundamentals of the election can remain—that inflation will drive a lot of voters to oppose Democrats. But turning out Democrats who otherwise would not have voted this year, but who are enraged over abortion bans or the Republicans downplaying an insurrection, can make a significant difference in the outcome.

If there is a GOP wave, it will be the result of a refusal of Democratic voters to turn out. An energized Democratic coalition can break the wave, mitigate losses, and reduce the number of seats Republicans were certain they would win before June changed the dynamics of the campaign.

This year, Democrats should run on anger and terror. As campaign genius Corey Lewandowski said in 2018, before the first anti-Trump wave, “People don’t turn out to say thank you.” This is why Republicans spent 2018 trying to scare Americans about caravans, hoping their fear and loathing of Trump would be eclipsed by fear of MS-13. It turned out that Trump was more frightening.

It’s not far-fetched to think some swing voters will be scared to put Republicans in charge of the House after they learn that Republicans not only abetted Trump but some worked so hard to help steal the election they asked for pardons themselves. Some Democrats think they will be. Simon Rosenberg, who was one of the first Democrats to note that voters in recent months were separating their views of Biden from Democratic Senate candidates, has argued that the same anti-Trump energy that propelled Democrats to the majority in 2018 and Biden to the presidency can materialize again.

“It’s a new election,” Rosenberg, president of the New Democrat Network wrote last week. “The chances of the anti-MAGA majority showing up again—as it did in 2018 and 2020—have increased dramatically.” Noting stronger than expected polling for Democrats, even before June, that showed more of a competitive election than a Red wave, Rosenberg wrote “political analysts were overly discounting the ugliness of the GOP’s offering this year.”

Rosenberg is right that this is no ordinary midterm or political cycle. But polls are not votes. Democrats up and down the ballot, from every region, must invest in turning out voters everywhere, from every party.

Rage posting on Instagram is not the same as rage voting. Pushing back against the dystopian tide will take resources, and energy, and all hands on deck.

* Galston is a contributor to The Bulwark’s “Beg to Differ” podcast. 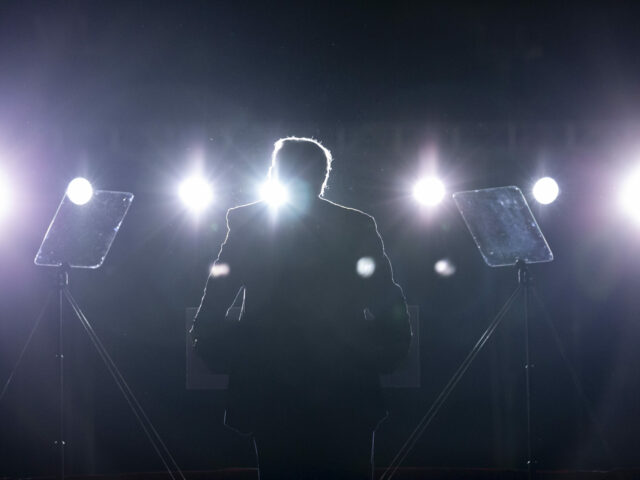