China Hawks in Congress Are Putting Taiwan in Danger

There’s a smart way and a dumb way to bolster the island democracy.
by Shay Khatiri
Giant Taiwan flag is flown through the air by a chinook helicopter during celebrations within the National Day in front of the Presidential Office in Taipei, Taiwan on October 10, 2020. (Photo by Walid Berrazeg/Anadolu Agency via Getty Images)
Share on Facebook Share on Twitter Share via email Print

Lord, save Taiwan from its enemies, because it might not survive its friends. Two recent proposals—one in the House and one in the Senate—suggest that while congressional support for the island republic might be strong, it’s anything but smart.

The Chinese government has been making increasingly aggressive noises about “reunifying” with its free neighbor, which is code for invasion. Last year, Premier Le Keqiang dropped the word “peaceful” talking about reunification, signaling a shift of attitude and policy.

The idea of Taiwan suddenly falling to the mainland rights scared lawmakers of both parties, and not only for reasons of East Asian geopolitics: With more than half of the market share, Taiwan is the world’s largest supplier of semiconductors, a necessary component for computers. The industry accounts for roughly 10 percent of Taiwan’s GDP.

To pre-empt this problem, a bipartisan group of Senators, including Chuck Schumer, Tom Cotton, Josh Hawley, Kristen Gillibrand, and Susan Collins, are pushing through a bill to subsidize the American semiconductor industry. Instead of spending a lot of money to produce lower quality semiconductors at higher prices and hurt an ally’s economy along the way, it would be more efficient to make sure that China won’t invade Taiwan.

Which brings us to the proposal from two Midwestern Republican congressmen, Tom Tiffany and Scott Perry, who have reintroduced their bill from last Congress to normalize relations with Taiwan. It’s a blessing that the bill is only a toothless “sense of the Congress” resolution, because if it were an actual law, it would be a disaster.

The bill is founded upon a fallacy, that “for more than 40 years, American presidents of both political parties have repeated Beijing’s bogus lie that Taiwan is part of Communist China.” That’s a misstatement of the so-called One China Policy, by which the United States merely “acknowledges that all Chinese on either side of the Taiwan Strait maintain there is but one China and that Taiwan is a part of China.” The policy is designed to be vague and allow the U.S. not to commit to recognizing either Beijing or Taipei governments as the legitimate government of all China.

The resolution has several good ideas, to be sure—establishing free trade agreement with Taiwan and asking the executive branch to help Taiwan gain readmission to the United Nations and its subsidiary institutions.

But the main thrust of the resolution, that the United States should immediately normalize relations with Taiwan, is a doozy. Tiffany and Perry are so eager to burnish their anti-China bona fides that they haven’t considered what immediate normalization might mean for the island nation.

Normalization of relations should be an objective of U.S. policy, but overnight recognition with no underlying strategy and preparation is dangerous. Taiwanese President Tsai Ing-wen has come closer than any of her predecessors to supporting outright independence for Taiwan, yet even she opposes cold-turkey normalization. She’s largely in line with her constituents, only 7.5 percent of whom support unification, now or in the future, down from 9 percent a year ago, while support for independence has risen from 20 percent to 32 percent in the last two years. Only 6.6 percent support immediate independence.

The Taiwanese know that after slap-dash normalization, Chinese bombs could land in Taipei before an American ambassador could.

With that in mind, any talks of normalization of relations with Taiwan should begin with three questions:

These questions need to be answered using backward induction. It’s highly unlikely that the U.S. would go to war with China over Taiwan. It’s therefore not in our interest (nor Taiwan’s) to hasten a war we wouldn’t want to join.

But to get to the point where normalization is possible, we also have to answer the second question. Right now, the United States probably could not defend Taiwan from a full-scale Chinese invasion without resort to nuclear weapons. That should change, because the best way to avert war is to make it clear to an adversary that any aggression on their part would be opposed and defeated.

American power relative to China in the Taiwan Strait peaked during the First Taiwan Strait Crisis in 1955, when Congress overwhelmingly passed the Formosa Resolution and the Senate ratified a mutual defense treaty with Taiwan. (The treaty expired in 1980.) By the time the crisis ended, the United States had sent to the region six aircraft carriers, three heavy cruisers, forty destroyers, and two air divisions that the United States sent to defend Taiwan, in addition to the ground forces already on the island. President Eisenhower even signaled his willingness to use nuclear weapons to defend the island.

At the time, the United States was indisputably the superior nuclear power in the world and had superiority over the Chinese military in the region. That’s no longer the case. China is the world’s third-largest nuclear power and is rapidly modernizing its nuclear weapons systems. Although the American military is globallysuperior to China’s, the People’s Liberation Army is superior in the South and East China Seas.

Before the United States can normalize relations with Taiwan and treat it as the independent and friendly nation it is and wants to be, it needs to reestablish deterrence against China.

To do so, the United States should start a permanent and significant naval presence in the Taiwan Strait. A tripwire would be welcomed start, but it will be much better to have a naval force in the strait and a ground force on the main island (Taiwan possesses smaller islands in the strait) that could block a Chinese invasion long enough for reinforcements to arrive. The United States Taiwan Defense Command in Taipei played this role from 1954 to 1979, but the Carter administration closed the base following the decision to end ties with Taiwan in favor of the People’s Republic of China.

The dirty little secret of great power competition, especially in the nuclear era, is that possession is nine-tenths of the law. Short of a world war, whoever deploys troops to the island first will deter an invasion from the other. Chinese politicians understand the implications in America of an invasion that will get a large number American uniformed servicemembers killed.

Maintaining that kind of military commitment to Taiwan requires a domestic political commitment of exactly the kind that has been solidifying for two decades. Taiwan caucuses were founded in the House and the Senate in 2002 and 2003, and now over a quarter of the members of Congress from both parties have joined them. When President George W. Bush vowed to do “whatever it takes to help Taiwan defend herself,” the foreign policy establishment panicked, including the senior Democrat on the Senate Foreign Relations Committee, Joe Biden. Today, the foreign policy establishment is finding itself repeating Bush’s words. Council on Foreign Relations President Richard Haass, not one particularly known for his militant commitment to alliances, recently wrote an essay in Foreign Affairs with David Sacks arguing for the U.S. “to introduce a policy of strategic clarity: one that makes explicit that the United States would respond to any Chinese use of force against Taiwan.” Last year, a deputy assistant secretary of defense became the highest-ranking Pentagon official in over a decade to visit Taiwan. The 2021 National Defense Authorization Act, which became law after Congress overrode then-President Trump’s veto, included the Pacific Deterrence Initiative and reiterated U.S. support for Taiwan’s defense. During the transition period, Secretary of State Mike Pompeo lifted restrictions on contacts between State Department officials their Taiwanese counterparts.

Secretary of State Antony Blinken has maintained the policy. On the third dayof the administration, his department issued a press release calling America’s commitment to Taiwan “rock-solid.” During his confirmation hearing, Blinken had called a Chinese aggression against Taiwan “a grievous mistake on their part.” Secretary of Defense Lloyd Austin, in his confirmation hearing, said, “we’ve been strong in our commitments, and, certainly, if I’m confirmed as secretary of defense, I’ll make sure that we’re living up to our commitments to support Taiwan’s ability to defend itself.” His deputy, Kath Hicks, went further, saying that the United States and Taiwan should engage with each other to deter any Chinese aggression.

The most significant improvement, however, was last week, when Blinken became the first secretary of state ever to suggest separation from China by calling Taiwan a “country.”

Hal Brands and Michael Beckley predict that this decade will see the peak of China’s power—and, by extension, tension between the two countries. The Chinese Communist Party has pledged reunification before its centennial in 2049. As China faces mounting troubles at home increase and an impending demographic crisis, and its already overstatedeconomic growthslows, it is increasinglyturning to ethnic nationalism to boost its legitimacy. An Anschluss of Taiwan could give Xi Jinping the same political boost that the seizure of Crimea gave Vladimir Putin. This makes a credible deterrence for Taiwan a pressing matter.

Then, and only then, can the United States move to normalize relations. 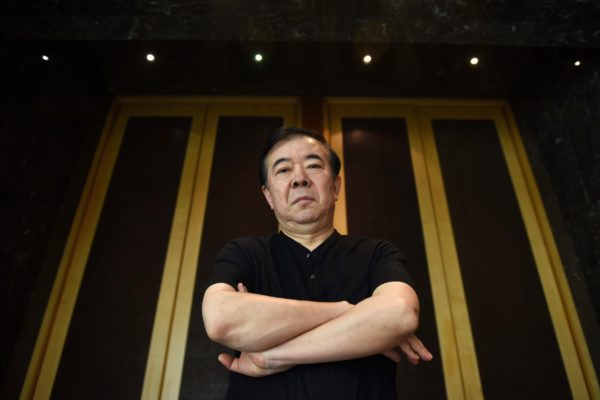 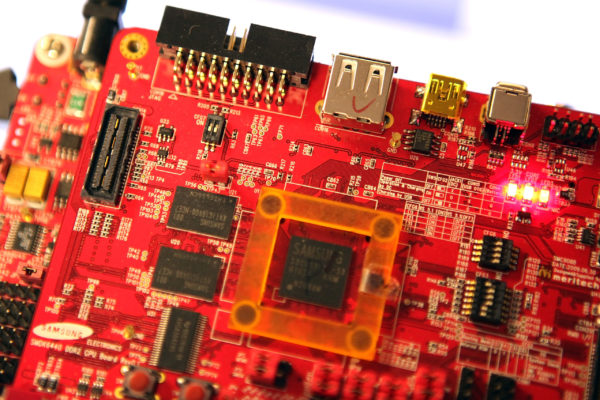