COVID-19 is Crowning New Celebs in a Culture of Competence

Disregard for competence was not just a Democratic trait. The first candidates that Republicans rejected in 2016 were by far the most able.
by Alex Keeney
White House coronavirus coordinator Deborah Birx and Centers for Disease Control Director Robert Redfield attend the daily coronavirus task force briefing in the Brady Press Briefing Room at the White House on April 08, 2020 in Washington, DC. President Trump vowed to hold back funding for the World Health Organization at the briefing, accusing the organization of having not been aggressive enough in confronting the virus, but later denied saying funding would be withheld, according to published reports. (Photo by Chip Somodevilla/Getty Images)
Share on Facebook Share on Twitter Share via email Print

The past few years, the line between politics and pop culture has been hard to discern. After leaving office, President Barack Obama and his wife Michelle signed a deal with Netflix that is rumored to be worth hundreds of millions of dollars. During President Trump’s impeachment trial, Sen. Ted Cruz seized the moment to launch a podcast called Verdict, which topped the charts. Former senator and secretary of state Hillary Clinton’s docuseries is moving units on Hulu, while Sen. Elizabeth Warren and her Saturday Night Live doppelganger, Kate McKinnon, have been public about their mutual girl crushes. We are three years into the term of a president who came into office already an international celebrity after a decade hosting his own reality-TV show. In fashion, you can sell anything if you write “Make American Great Again” on it. And some candidates—Trump and Sen. Bernie Sanders especially—can  sell out the same stadiums as Drake and Taylor Swift.

But with the nationwide outbreak of COVID-19, this style of politics is, to paraphrase Taylor Swift, going out of style. America is moving into a cultural space that it hasn’t been in since the age of Bill Clinton and George H.W. Bush—voters are developing an appetite for leaders who have administrative competency. News broadcasts are stuffed with the faces of governors Andrew Cuomo and Gavin Newsom, and CNN’s pundits can hardly hide the blush on their faces while they watch these pols guide New York and California through the crisis. Meanwhile, Drs. Anthony Fauci and Deborah Birx have bought the Trump administration credibility and have shown measures of humility and discipline that the president has never had. Their celebrity is rooted in the same thing as Cuomo and Newsom’s: competence. In the case of Cuomo and Newsom, it’s proven administrative ability. In the case of Fauci and Birx, it’s expertise. And they all are skilled communicators.

In short, they all give the impression of being on the ball.

Americans haven’t cared about competence in a while. That may be because our lives and our lifestyle have been so secure for so long. We’ve endured shocking horrors like 9/11 and JFK’s assassination, but you’d have to go as far back as World War II and the Great Depression to find times when people in all 50 states were confronting the fear of losing a loved one or facing economic ruin at the same time.

Those of us under the age of 90 don’t have any firsthand experience with these stakes. We have gotten fat in a time where iPhones and $5 coffees were the norm. Since the recession of a decade ago, the economy has been booming, and so many of the nation’s political debates focused on race, identity, and other heated cultural subjects. In retrospect, the period from 2012-2019 seems like a prolonged national freak-out, where we worried about how we might be perceived by other individuals, political parties, genders, and so on if we said or thought the wrong thing. Anything could become a moral issue. Even plastic straws.

Let’s remember some of the great questions from this time: Are coastal elites hostile to traditional American values? Is Christianity homophobic? Does Twitter shadow-ban conservatives? Was it racist for Matt Damon to play a Chinese guy in that one movie no one even saw? Speaking of Chinese, how do we feel about the word “oriental?” Can I go to Equinox or SoulCycle and still vote for Elizabeth Warren? Which Halloween costumes veer too much toward cultural appropriation?

That was “February culture”—a culture of abundance. It was a culture in which we wasted our time worrying about how we were perceived. February culture produced a generation of leaders who catered to these problems. They were politicians who had thin leadership resumes but had a sixth sense for tapping into voters’ insecurities.

On the Democratic side, celebrity senators like Elizabeth Warren, Kamala Harris, and Bernie Sanders catered to grievances against Wall Street, rich people, white people, and organized religion. Sanders was fond of saying he’d win the election because he had “ideas,” Sen. Warren was a “fighter” who had “a plan for that,” and to this day no one knows what Kamala Harris was running on. Listing their pre-Senate occupations doesn’t suggest much managerial experience either: a small-town mayor, a law professor, and a state attorney general who frequently bragged that she’d never made a dollar in the private sector. If you are wondering why these candidates only paid lip service to their executive competence, now you know: they had none. And voters didn’t seem concerned.

Disregard for competence was not just a Democratic trait. The first candidates that Republicans rejected in 2016 were by far the most able. Former governors Jeb Bush (Florida), Scott Walker (Wisconsin), and Chris Christie (New Jersey) were successful, experienced administrators from important states. Not a single one lasted until Super Tuesday. The man who did win—Donald Trump—was a reported billionaire / reality-TV star, and the first person to become president with zero prior government experience (military or political). He has governed with a style that is more chaotic than a Real Housewives season finale. For the most part, Republican officials have defended his incompetence at every step along the way.

On the other hand, former vice president Joe Biden, Trump’s likely Democratic opponent, has been selling himself to voters as a steady, competent alternative‚no candidate has tried harder to present himself as the guy who is ready for the job. But Biden and his message of competence didn’t convince anyone early on. He took an embarrassing thumping in the first Democratic primaries and caucuses—he came in fourth in Iowa, fifth in New Hampshire, and second in Nevada. Even the mayor of South Bend, Indiana, beat him badly. Competence wasn’t foremost in voters’ minds.

But that was February, and February is over. It’s April now, and we are living in a different world. The coronavirus has arrived, the need is for masks, respirators, and clinical expertise, and people across the country are experiencing layoffs and lockdowns. These conditions are reinforcing a growing interest in leaders with proven expertise and competence.

This is a totally different ballgame from the one we started with the early Democratic debates, that distant era of history when voters cried out for someone “young” and “exciting,” or someone with bold ideas—never mind if they were impractical and outrageous. Now it’s competency that looks appealing. And Biden, who worked so hard to be the competence candidate, is undermining his claims. His basement webcasts about the coronavirus are worse than the blooper reel in a Seth Rogen comedy. His campaign will have to answer this question: Can Uncle Joe outrun time?

Will the Democrats pull the plug on Joe Biden’s presidential campaign? Will they—as has been speculated—tap Cuomo to run instead? Anything is possible. But will it happen? Probably not.

On the Republican side, it’s possible that Trump could emerge from the COVID-19 crisis as a winner. If the virus isn’t as deadly as the public expected, if it turns out there are enough ventilators to go around, if the economy judders back to life, then he could pull out a victory in November. But that’s a lot of ifs.

The Trump who won in 2016 was a candidate suited for February culture. That candidate is obsolete in the coronavirus era, where voters are looking to their leaders for results and not emotional validation.

But if Trump listens to his advisers and wisely allocates our resources, he stands a chance at winning in November. The question is whether or not the President understands the difference between celebrity and staying power. His success in 2016 was built on a campaign that provided round-the-clock shock value through pettiness to “Crooked Hillary” and policy proposals that were flat-out offensive to many. That won’t work again. To survive in this new cultural era, Trump will have to reinvent himself, which means realizing that in less than two months, the fad of emotional politics has become as old fashioned as frosted tips and parachute pants. 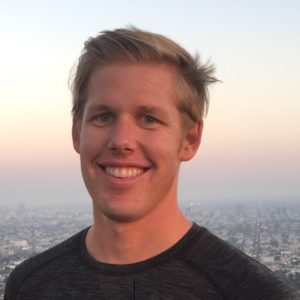 Alex Keeney is a TV writer and political consultant based in Los Angeles. He is the founder of Star Spangled Gamblers, a blog and podcast covering Washington, D.C. through the lens of people betting on what happens there. You can follow him at @keendawgssg.