Just three years ago, the suggestion that the American military would be a punching bag for “conservative” infotainers and politicians would have sounded outlandish. And yet, so has it become. Last week, Ted Cruz retweeted a Russian military recruitment video that unfavorably compared the Russian military to the U.S. Army. “Holy crap,” he commented, “Perhaps a woke, emasculated military is not the best idea.” Tucker Carlson spent airtime on his Fox News show disparaging the Air Force’s flight suits designed to fit expectant mothers as “feminizing” the military. As is so often the case, Cruz and Carlson have no idea what they’re talking about.

Both men seem to be under the impression that the United States military exists to prove some half-coherent point about manliness or “wokeness” or airborne fashion, rather than to protect the country from foreign threats.

To accomplish its objectives, the military needs materiel and personnel. Getting the right supply of both is a perennial challenge—one which involves constant negotiation among the military, the president, and Congress. Unlike Carlson, Cruz is a senator and therefore has a seat at the table in this debate. Oversight, including over the military, is one of Cruz’s responsibilities, and it’s perfectly proper for him to second-guess the military’s recruitment strategy. The best way to do so is to invite them to testify before Congress and ask for an explanation. Childish tweets are somewhat lower down the list of effective oversight tools.

It’s a shame Cruz doesn’t take his job more seriously, because the services have been struggling to meet their recruitment goals. There are several explanations, including that the Department of Defense data from 2017 indicated that 71 percent of Americans between the ages of 17 and 24—prime ages for military recruiters—were ineligible to join the military due to health problems, educational shortcomings, drug use, and criminal background.

If only there were enough Americans with the mind of Dwight Eisenhower and the body of Dwayne “The Rock” Johnson ready and eager to staff the military fully. Lacking that, the Defense Department has to find the best talent where and how it can.

The most straightforward recruitment tool the Pentagon has is compensation. But, while increasing compensation does increase recruitment, the results are less than ideal. Compensation bumps have limited effect on increasing the desirability of military service. The opportunity cost of higher compensation is less money for other expenditures such as weapons procurement and research and development. The Defense Department spends almost a quarter of its budget on uniformed personnel—an amount which by itself is greater than the total defense budgets of most countries. But even all that investment and the benefits provided by the Department of Veterans Affairs aren’t sufficient recruitment incentives.

The military also has to make itself an attractive employer for the workers it hopes to court. (See: free market.) This is the part that infuriates the likes of Carlson and Cruz.

It is a simple demographic fact that a large percentage of the people the military needs to do its various jobs are female. If right-wing demagogues find this triggering, they should take it up with whoever decided that the species should be roughly half made up of women. Since women bring valuable skills to the Defense Department, the Pentagon does what it can to recruit and retain them. Hence the maternity flight suits Carlson so abhorred.

The recruitment ad Cruz condemned is another method to show women and LGBTQ potential recruits that they’re welcome in the military. The video contrasted a Russian recruitment ad with an American one, which depicted a female soldier telling the story of her lesbian mothers, protesting for their rights, and how she joined the Army. The military has always struggled with recruitment from more progressive communities. As Jim Golby has written, Democrats join the military at a lower rate and leave it at a higher rate. This is just as much a problem as the progressive bias among non-military civil servants. Signaling to those demographics that the military is a hospitable environment for them will help balance the force also help with meeting recruitment goals.

Skeptics of women in the military and skeptics of women in front-line infantry units—two non-congruent groups—sometimes conflate the issues of diversity with fitness. The concerns are separate but overlapping. A National Review editorial expressed concerns that the upcoming changes to Army Physical Fitness Test, writing that “the test may not be perfect, but its stated purpose was to create a new meritocratic test for the new gender-neutral Army.”

Well, yes and no. The Army Physical Fitness Test, which was created in late 1800s and last updated in 1980, is supposed to be replaced by the Army Combat Fitness Test. Half of women in the Army, however, cannot pass the proposed test. And that’s fine because most Army jobs do not require excessive physical work. Most 4-star generals, mostly in their 60s, probably can’t pass either test, which is fine since no 4-star is going to personally lead a combat unit into battle. Neither will someone the Army hires to sit in a base in the U.S. and write code.

If those who set our military strategy—with or without Cruz—decide that the best force structure balances the quality of personnel with the quantity necessary by relaxing physical standards, that doesn’t necessarily mean that military lethality or capability is being sacrificed for progressive social projects. On the contrary, Carlson’s and Cruz’s inchoatemachismo is subverting military priorities to cultural ones.

Different jobs within the military have different functions. Defense Secretary Lloyd Austin, Chairman of the Joint Chiefs of Staff Mark Milley, and Army Chief of Staff James C. McConville all served as infantry officers, so they are more than qualified to review changes to recruitment efforts and fitness tests.

If Cruz disagrees with their assessment, he should use his legislative office to promote what he considers a better policy. But he appears to have more interest in being a Twitter troll than in being a legislator. Carlson, like Cruz, is demagoguing the military to feed his audience.

Both men are disserving the country and endangering national security by turning the military into a partisan football. This is the opposite of patriotism. 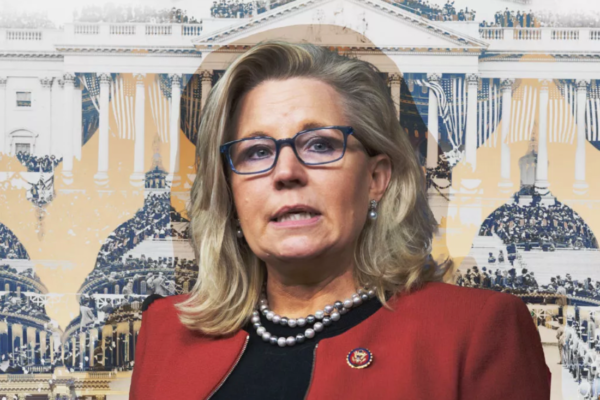 The Doom Loop Of “Relevance” 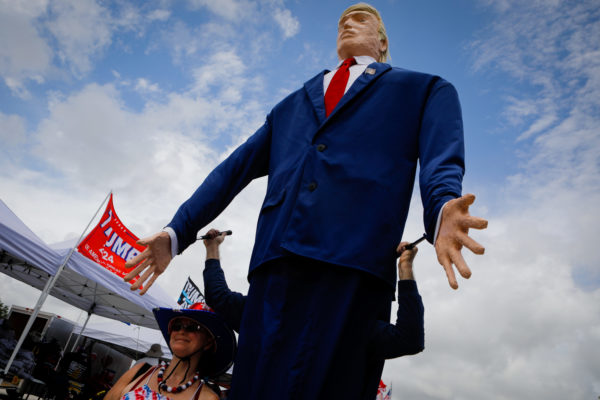 Florida Is Now a MAGA Megachurch