First They Came for the Books

A Critical Race Theory Librarian speaks out about the oppressive whiteness of books.
by Charlie Sykes
Nineteenth century artistic rendering of the Library of Alexandria by the German artist O. Von Corven, based partially on the archaeological evidence available at that time (Public domain / flames added)
Share on Facebook Share on Twitter Share via email Print

My first reaction to this tweet was: Surely, the article it links to can’t be this bad? It’s a parody right?

Library collections continue to promote and proliferate whiteness with their very existence and the fact that they are physically taking up space in our libraries. Via @sofiayleung https://t.co/iKEk0462Mh pic.twitter.com/ov8hZ5Zt2J

Alas, no. If anything, the tweet actually understates the degree of nihilist unthought that passes for wokeness among some academic librarians. The Library Journal tweet links to a blog post by Sofia Leung, whose Twitter profile describes her as an “academic librarian. I like cats, whiskey, intersectional feminism, social justice, critical librarianship, & CRT [Critical Race theory].”

The good news here is that Leung cannot be described as a thought leader in the librarian tribe. In her article, she describes her epiphany about the “whiteness” of libraries in a discussion with a colleague:

One of the mind-blowing things she shared was this idea of how our library collections, because they are written mostly by straight white men, are a physical manifestation of white men ideas taking up all the space in our library stacks. Pause here and think about this.

Yes, let’s pause here. Leung regards the idea that books are written by straight white men (many of them dead) as “mind blowing,” when, in fact, that has been a hoary, tattered, clichéd fixture of academic leftism for nearly half a century. Her innovation here is moving from the identities of the dead white guys—Shakespeare, Milton, Dante, Plutarch, Freud—to the offensive nature of the physical space that their books occupy.

In other words, this academic librarian reduces the books to physical objects and then proceeds to define them not by any ideas they might contain, but by their “whiteness.”

I won’t bore you with her invocation of the “seminal Critical Race Theory (CRT) concept” of “whiteness as property.” But she quotes a law review article arguing that “whiteness and property share a common premise—a conceptual nucleus—of a right to exclude.”

To which Leung responds: “Bam! That really hits it on the head.”

Her mind sufficiently blown, Leung tries to “connect all these dots in a coherent way.” And it turns out that she believes that libraries have a lot in common with slavery, whiteness, and property because “libraries and librarians have a long history of keeping People of Color out . . . Legal and societal standards revolve around whiteness and libraries are no different.”

And the books (and magazines and journals, and other written stuff) are really at the heart of the problem:

If you look at any United States library’s collection, especially those in higher education institutions, most of the collections (books, journals, archival papers, other media, etc.) are written by white dudes writing about white ideas, white things, or ideas, people, and things they stole from POC and then claimed as white property . . .

Which raises a couple of questions. Has this librarian ever actually read these books? And what white ideas is she talking about here? Specificity would help. Of course, some library collections undoubtedly do include books that discuss things that white dudes stole from people of color and then claimed as white property . . . but which ones are those? And how many of them are there?

But Leung is not into making such distinctions because her critique isn’t about this or that book, but about of the entire idea of the library collection. The whole damn thing. Because it is complicit in pretty much every terrible, oppressive, and unjust aspect of our society:

Library collections continue to promote and proliferate whiteness with their very existence and the fact that they are physically taking up space in our libraries. They are paid for using money that was usually ill-gotten and at the cost of black and brown lives via the prison industrial complex, the spoils of war, etc. Libraries filled with mostly white collections indicates that we don’t care about what POC think, we don’t care to hear from POC themselves . . . [sic]

Indeed, this might be a pretty solid point if Leung could cite libraries that specifically excluded works by Toni Morrison, Maya Angelou, Alice Walker, Langston Hughes, Zora Neale Hurston, James Baldwin, August Wilson, or Richard Wright. If there is indeed an imbalance in the collections, it could redressed by additions to those collections.

But Leung seems more passionate about ideological book burning, which is an odd stance for someone in the library business, don’t you think? I’m willing to go out in a limb here and guess that Leung hasn’t read Fahrenheit 451 recently. Though, in her defense, that book was written by a straight white man, who is dead. And the hardcover edition takes up an oppressive 46.2 cubic inches of space.

The good news is that Leung concludes by suggesting that perhaps she hasn’t thought all of this through quite yet. “I still have some thinking to do around this topic,” she writes, “but curious to hear what others think.” Well, she’s sort of interested in what others have to think. She’s fine with you agreeing with her, but isn’t really up for a debate on the subject. “I’m less interested in hearing that you don’t buy it, so don’t bother with those types of comments,” she says. Her mind is closed and intends to remain that way.

In other words, the barbarians aren’t really at the gate; they are already somewhere behind the checkout desk. 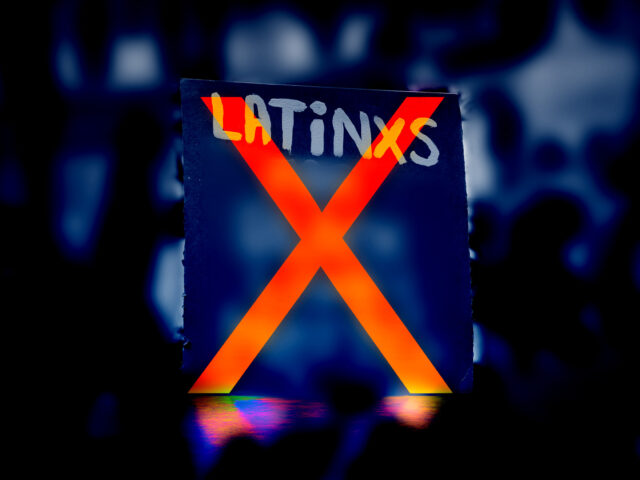