Employer-sponsored insurance (ESI) is central to U.S. health care. A system that arose without substantial forethought in the postwar period quickly became the expected route to health coverage for working-age Americans and is now an entrenched and dominant characteristic of the U.S. system of private insurance. But it is not without flaws: Its failure to control costs is hurting employees as businesses compensate for rising premiums by limiting wage and salary growth. Congress needs to enact reforms to improve ESI’s cost-effectiveness and value to workers.

Fixing job-based insurance is difficult and politically controversial in any political moment, but the coming years may offer an opportunity to build bipartisan support for sensible reforms for two reasons. First, President-elect Joe Biden supports ESI, as do most Republicans. He opposes Medicare for All because it would remove the option for workers to stay with job-based insurance plans, many of which have been painstakingly negotiated with the unions. Second, Biden and his team are looking for policy levers to accelerate wage growth for middle-income Americans. Slowing the cost growth in ESI would translate directly into higher cash-based compensation for workers.

The Congressional Budget Office (CBO) estimates that 155 million people under age 65—or nearly 57 percent of the non-elderly population—will be enrolled in employer plans in 2020, even after the pandemic pushes millions of workers out of their jobs and thus also out of their insurance. In 1998, 67 percent of the non-elderly U.S. population was enrolled in ESI. CBO expects it to remain at around 57 percent through the coming decade.

ESI is not a guaranteed option for all American workers. The Affordable Care Act (ACA) requirement that employers offer health coverage doesn’t apply to many smaller firms. In 2018, among workers with incomes below the federal poverty line, only 33 percent had an offer of ESI. In contrast, among workers with incomes above 400 percent of the poverty line, 79 percent were eligible to enroll in a job-based plan.

Employer coverage is costly. According to the Kaiser Family Foundation’s annual survey of employer plans, in 2019 firms paid about 74 percent of the $21,300 average annual premium for family coverage, with workers paying the remainder of the costs. This division of the premium burden creates the false impression that employers are carrying most of the load. In reality, workers in competitive industries pay their employers’ shares too because their wages and salaries are adjusted to make room for insurance plan costs. When ESI premiums rise, there is less room for growth in cash compensation.

This downward pressure on wages from health benefits is not new: It has persisted for many years. From 2009 to 2018, total compensation for middle-income households grew at an average rate of 2.6 percent, yet wages grew by an average of less than 1 percent annually over the same period.

Many large firms recognize that their health offerings lack cost discipline and have tried to implement corrective measures. There have been modest successes. But no single company can, on its own, fix ESI because they compete for skilled workers against other firms. Further, federal tax law encourages companies to be generous with their health benefits by exempting employer-paid premiums from workers’ payroll and income tax obligations. Because cash wages are fully taxable, firms and workers have an incentive to emphasize generosity in health coverage when deciding how to adjust compensation levels.

A Proposal to Rein in Costs

The solution is a change in federal tax law so all employers must grapple with controlling costs. The ACA attempted to do this with the “Cadillac tax”: Job-based coverage remained tax-free for workers, but companies with high-cost plans were scheduled to pay a 40 percent excise tax on premiums above specified thresholds. It was originally scheduled to go into effect in 2018.

The business community, along with labor unions, strongly opposed the Cadillac tax, both during the initial debate on the ACA and after the law was enacted. Congress reacted to this pressure by delaying it twice before finally repealing it altogether in 2019.

To avoid repeating the Cadillac tax saga, Congress should use incentives rather than penalties to jumpstart a new attempt at ESI reform. Here, based on a new AEI white paper I recently wrote, is how such incentives could work.

A Firm-Level Tax Credit for Compliant Coverage. CBO estimates that the aggregate value of the tax subsidy for ESI is $288 billion in 2020, or $1,850 per person enrolled in the coverage. Congress can redirect a portion of this subsidy to firms, in the form of a new tax credit, without imposing any additional costs on workers.

An example of how it might work: As mentioned above, the average 2020 ESI premium for family coverage is expected to be about $21,300, with workers paying just over one-quarter of the premium ($5,800) and firms paying the balance ($15,500). The employer share of the premium is not counted as wages for payroll or income tax purposes. This implicit tax subsidy is worth about $4,600 annually for workers in the 22 percent tax bracket.

The tax treatment of ESI could be altered to give firms a credit for each employee enrolled in coverage. For instance, firms could get $500 annually for workers selecting individual coverage and $1,000 for those selecting family policies. Firms would be required to apply these credits to the premiums workers owe for ESI enrollment. Further, firms receiving the credits would be required to limit the amount of their premium payments on behalf of their workers to what they paid in the year prior to enactment of this reform less roughly three times the value of the credit, or $1,500 for individuals and $3,000 for families. Placing such dollar limits on the total amounts employers could contribute toward coverage would ensure that the aggregate federal subsidy for ESI insurance did not increase with the initiation of the federal premium credits for ESI plans. Employers would be required to hold harmless their employees by passing through the $1,500 or $3,000 reduction in premium contributions in the form of higher cash wages. Firms in competitive industries will move in this direction even without a federal requirement because of the need to offer compensation that attracts prospective employees. However, a requirement to do so will lessen workers’ fears that the reform would worsen their financial position.

Defined Contributions and Standardized Coverage. Under this proposed reform, workers would pay more in taxes and premiums, but they would come out ahead if the overall reform lowered the cost of insurance without significantly diminishing the value of their insurance coverage (as discussed in more detail below). For instance, an 8 percent drop in premiums would mean a net gain of $1,800 annually for workers when taking into account their wage gains, the taxes they owe, and their premium payments.

Cutting health expenses by 8 percent is realistic with the right combination of policies. CBO has estimated that a similar reform in Medicare (“premium support”) would reduce overall costs by 8 percent after a transition period.

Comparable savings are possible with ESI if “premium support” reforms are attached to the new federal tax credits.

First, employers should be required to convert their premium payments into defined-contribution payments that their employees control so that workers will have strong incentives to enroll in low-cost plans. For instance, if an employer provides $15,000 in defined-contribution support for family coverage, and two plans are available with premiums of $18,000 and $19,000, workers choosing the less expensive option would save $1,000 annually.

Second, the benefits covered by competing ESI plans must be standardized as far as possible in terms of the medical care covered and the cost-sharing required by the enrollees. The firms themselves would need to enforce this requirement by ensuring the plan offerings they make available to their employees do not have glaring omissions of covered services, or arbitrary and unreasonable differences in deductible amounts and required copayments. The goal is to force intensive competition at the level of premiums charged for insurance and not to allow insurers to confuse the choice by altering the services that are covered by the plans. With standardized benefits, insurers would be forced to deliver cost control by eliminating waste and inefficiency in the provision of care, which is where the focus must be to slow overall cost growth.

Third, firms participating in this voluntary reform must give their employees meaningful coverage options. The benefits must be standardized, but workers should have a say in how strictly their plans manage care on their behalf.

Federal Certification of High-Value Plans. In the 1970s and 1980s, the Health Maintenance Organization Act help jumpstart the nascent managed-care industry. Something similar is needed today to encourage employers to offer plans with proven track records of high-quality and cost control. Requiring firms to offer at least one federally certified plan would ensure workers have access to the most cost-effective offerings, as measured by objective and uniform criteria.

Certified plans also should be required to maintain effective employee-engagement programs, including shared savings arrangements for workers who select low-cost and high-value providers of services. For instance, insurers should make price shopping for routine services and procedures an important factor in controlling cost growth by giving their employees a portion of the savings when they select providers of services with prices below a reasonable benchmark (such as the median price in the market area for that service). Further, certified plans should be required to demonstrate how they will protect enrollees from any and all surprise bills.

Private Exchanges. Under the ACA, exchanges are used to organize the market for individuals buying coverage on their own. The exchanges bring together tens of thousands of consumers into larger pools, which improves the purchasing leverage of those shopping for coverage. Insurers establish uniform plan offerings and premiums for all participants in the same exchange pool.

Private exchanges also exist in the employer sector, with several large-benefit consulting companies sponsoring them for their clients, but enrollment has been modest.

The Private Sector Cannot Do This Alone

Job-based health insurance is a pillar of U.S. health care, but there are signs of stress. Cost pressures are contributing to wage stagnation and income inequality, which are serious concerns beyond what they imply for accessing needed medical care.

The private sector cannot fix ESI’s problems on its own because firms compete for workers through their benefit offerings.

Congress must step in and modernize ESI with stronger incentives for cost control. Firms should retain the power to pursue their own innovations and to tailor their offering to the needs of their workers. But sensible reforms would help all firms keep premiums from squeezing what they can pay their workers. That’s the key to ensuring employees continue to see value in retaining ESI as the main source of coverage for themselves and their families. 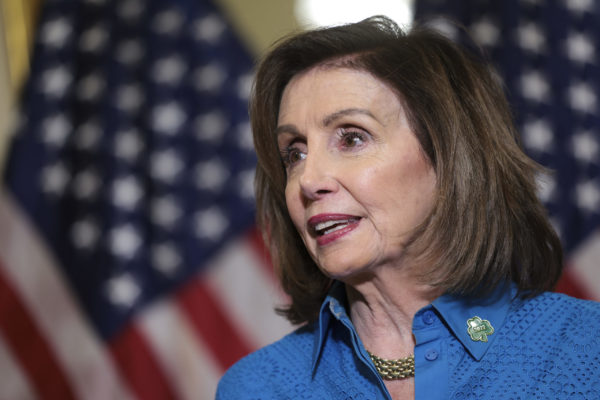 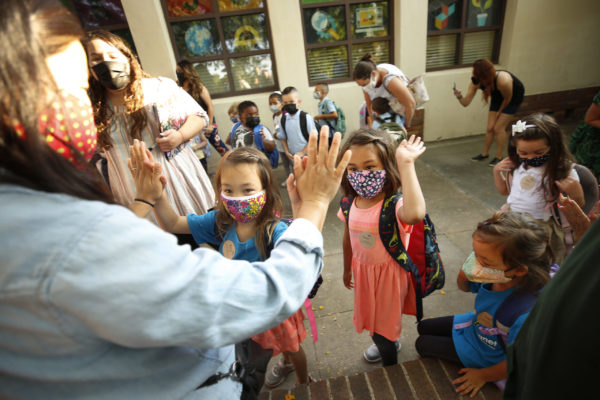 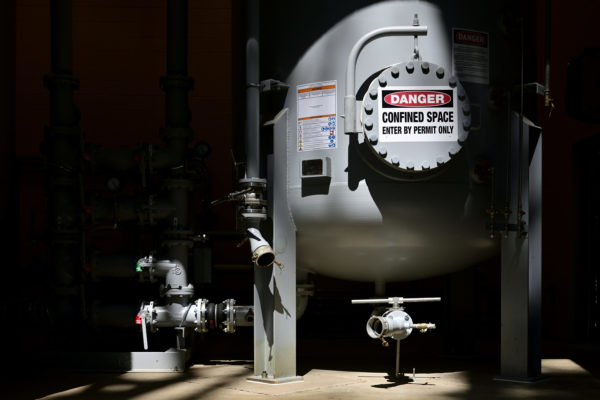