Jared Kushner and Stephen Miller Are About to Throw Down. Do We Have to Pick a Side?

When I was growing up I remember my elderly grandfather used to pronounce things as either “good for the Jews” or “bad for the Jews.” It always struck me as a little strange. And yet, as a Jew the idea of things being either bad, or good, for “us” has weirdly stuck with me.

And as we move into year three of Trumpism I can’t help but think that a lot of what has gone on in the White House has been, well, at least not great for the Jews. There are some silver linings, I suppose, like Israel’s crafty gambit to weaponize Trump’s narcissism. And good for them!

But it isn’t all silver linings. There’s been a 60 percent spike in anti-Semitic incidents in America since Donald Trump took office and during his tenure we’ve seen the largest mass killing of Jews on American soil ever. (Here I think it’s important to point out that Trump, himself, is not anti-Semitic. One of his favorite children is Jewish! But there’s no way to get around the fact that a lot of people who see Trump as their champion are objectively Not Good For The Jews.)

And then, standing in the middle of all of this, are Jared Kushner and Stephen Miller, who are about to have an epic immigration walk-off.

Who could have predicted that the most nativist administration in a hundred years would have, at its gooey center, two Jews? Both boys were born of privilege, both are in their thirties, both are slight men with off-putting affects. But there the similarities end.

One is the architect of the Muslim ban and a man with a “granular interest in the people crossing the U.S. border.” The other is a WhatsApp-loving, peace-achieving, Saudi Arabia-shilling, Harvard-educated former Democrat. One looks like a young Vladimir Putin. The other like an old Young Sheldon.

Ideologically, of course, the two are also quite different. Miller went from Santa Monica to writing controversial articles (and working with future white supremacist Richard Spencer) at Duke. From there he used his notoriety to shimmy his way up conservatism’s greasy pole: First as a spokesman for anti-vaxxer Michelle Bachmann and then into the office of Jefferson Beauregard Sessions. (This is before Sessions was viewed by Trumpkins as a weak, disloyal cuck.)

The president’s son-in-law, on the other hand, didn’t register as a Republican until the 2018 midterms. Kushner is often described as a moderating force in the White House, though in truth he seems to be more of a rank-and-file member of the kakistocracy. It’s his incompetence that makes him look moderate. Kushner focused on peace in the Middle East and managing relations with China (and Mexico) and solving the opioid crisis and fixing the VA and making government more like a business. He did not succeed at any of this. Though in fairness, he had to do it all while juggling a bunch of real-estate debt which he did (miraculously!) succeed in getting rescued from at the very last minute by Qatar.

But now that he’s finished not solving all of those other problems, Kushner has decided to tackle immigration. Which raises the distinct possibility that we could be looking at a fight between Trumpism’s top plutocrat and Trumpism’s foremost ideologue.

Which means that someone is going to wind up with a case of the sads.

How serious is Kushner about taking away Miller’s portfolio? He “has spent months focused on finding an immigration compromise” says Axios. “We are putting together a really detailed proposal,” says the princeling himself.

These are the times that try men’s souls.

Like so many clusterfuckeries in Trumpworld it’s extremely hard to figure out who to root for. You might assume that the guy who doesn’t want to gas children is technically the good guy. But it’s hard to choose kleptocracy over more typical governance, even if that typical governance is horrifying.

Of course like Lucy with the football, I’ve put my “faith” in Kushner before only to find myself, like other New York liberals, disappointed by how incredibly Trumpy the former Democrat is willing to be. You’d think the guy who hosted a fundraiser for Corey Booker a few years ago wouldn’t be so devoted to Trumpism. But maybe that was always giving Jared too much credit. As Josh Marshall likes to say, Trump’s Razor holds that you should always “ascertain the stupidest possible scenario that can be reconciled with the available facts” —and that explanation is likely to be the correct one.

But even if I can’t tell you who will win, I can tell you who will lose. Either one nice Jewish boy will scuttle Trump’s hard-line nativist immigration promises and become public-enemy number one with the alt-right. Or the other nice Jewish boy will succeed in pushing through a hard-line nativist policy, even though Jews have not, historically, had great experiences with nativism.

Either way, it’s likely to be bad for the Jews. 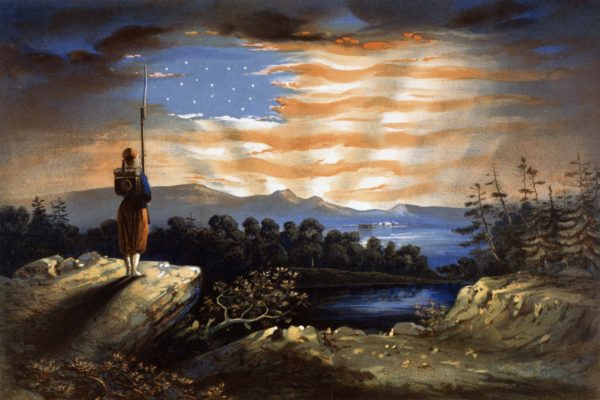