Why Trump loves his dictator pals.
by Philip Rotner
US President Donald Trump and North Korea's leader Kim Jong-un talk before a meeting in the Demilitarized Zone (DMZ) on June 30, 2019, in Panmunjom, Korea. (Photo by Brendan Smialowski / AFP)
Share on Facebook Share on Twitter Share via email Print

Kim Jong-un is the most brutal, homicidal head of state in the world.

According to a 2014 United Nations report, Kim’s crimes include “extermination, murder, enslavement, torture, imprisonment, rape, forced abortions and other sexual violence, persecution on political, religious, racial and gender grounds, the forcible transfer of populations, the enforced disappearance of persons and the inhumane act of knowingly causing prolonged starvation.”

Yet Donald Trump has pronounced his love for Kim in words that would make most middle-school girls blush: “We fell in love. No really. He wrote me beautiful letters.”

The conventional explanation is that Trump has an affinity with autocrats and tyrants because he admires their strength and aspires to be one of them. This diagnosis is usually delivered with a dose of armchair psychobabble about the insecurities and narcissism that infect Trump’s lizard brain.

And maybe that’s true. But there’s more to it than that.

Trump’s embrace of Kim, not to mention Vladimir Putin, Mohammad bin Salman, and other autocrats, isn’t just a matter of affinity.

There’s also method to this madness.

Trump builds relationships with the worst leaders in the world for a purpose. He believes, correctly, that it is better to talk to adversaries than to go to war with them. Unfortunately, he also believes—incorrectly—that he is gifted with unique personal charisma and negotiating skills.

So far, Trump’s belief that he can charm autocrats into making deals beneficial to the United States has proved to be a delusion. The agreement he entered with North Korea last year contained nothing more than vague promises similar to those made with previous administrations, only less demanding.

Trump’s embrace of Mohammad bin Salman has yielded nothing other than confirmation of an arms deal that was already in the works and a mutual hatred of Iran. And his bromance with Vladimir Putin has yielded nothing at all—not even a public commitment not to mess with our presidential elections, again, in 2020.

The answer is: Not necessarily.

Transactional deal-making has never been and should never be the ultimate goal of American diplomacy. We have always aspired to something higher.

“We used to stand for something.”

Those six sad words, uttered by Richard Haass, should be written on Trump’s gravestone. Maybe add, “Not anymore.”

What we no longer stand for is the spread of individual freedom, democracy, and human rights. Trump has given that up in order to pursue narrow commercial and foreign policy interests.

Haass talked to Morning Joe about America’s loss of its moral compass. He presented a lightening-round of Trumpian diplomacy: “With the Chinese we don’t talk about Hong Kong or the repression of the Uighurs in camps. With the Russians, you ignore the election meddling. With the Turks, he blames everything on the Obama administration, meanwhile he’s reopened the possibility of arms sales despite everything they’re doing. With the North Koreans we ignore what’s going on domestically. The Saudis we ignore, and he exaggerates their domestic accomplishments.”

Trump’s retreat from the values that defined the post-World War II era of American exceptionalism has immediate negative consequences, above and beyond the long-term damage it does to America’s unique place in the world (as if that weren’t enough).

It’s a gift to the tyrants of the world. It gives them the one thing they most covet:

America will no longer exact a price for even the most blatant violations of human rights and human dignity. Mass starvation and genocide? None of our business. Repression of free speech and jailing of dissidents will not stand in the way of trade deals. Murdering journalists will not put you in America’s doghouse. Moscow’s efforts to undermine democracy and cast doubt on U.S. alliances won’t come between Donny and Vlad.

What you do in your country is irrelevant. We don’t care. All we want is to do business with you.

It’s an astonishing display of weakness and non-confrontationalism from our president. Which is interesting, since he seems so eager to get into conflicts with our allies.

But people respond to incentives. Which is why our allies have begun to inch away from us, and everywhere else you look around the world, we have entered into a new Golden Age of autocracy. 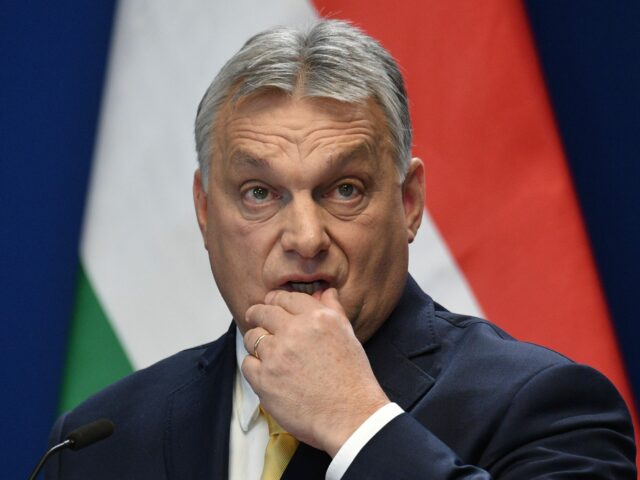