RNC Signals Trump’s Weakness with Push to Endorse Him Now

If the president were in a stronger position, resolutions to declare him the “presumptive nominee” would be unnecessary.
by Jennifer Horn
Donald Trump at the 2016 GOP convention. (Photo by Chip Somodevilla/Getty Images)
Share on Facebook Share on Twitter Share via email Print

When the Republican National Committee meets in New Mexico this week, members will consider at least two resolutions that would explicitly endorse Donald Trump for president in 2020.

The first, offered by pro-Trump National Committeeman Jevon Williams of the Virgin Islands, would declare Trump the party’s “presumptive nominee” and would instruct the RNC to dedicate their resources to re-elect the president and Vice President, Mike Pence.

These resolutions come on the heels of unprecedented action on the part of the RNC to consolidate the Trump re-election campaign with the traditionally primary-neutral party efforts into a single organization called “Trump Victory.” Everything from fundraising, to data, to electing convention delegates will now be organized in tandem between the party and the campaign. This is the definition of what Trump himself might once have called rigging the system.

This is all a giant leap from where the party was in the months leading up to the 2016 primaries, when members of the RNC were wringing their hands at the thought of Trump as the party’s nominee. I know, because at the time, I was chairman of the New Hampshire Republican party and a member of the RNC Executive Committee. And I was often approached by other RNC members with concerns about Trump.

“There is nothing Republican about him!” one national committeewoman wailed openly to me (in front of a half dozen members). “He’s not really going to win this, is he?” Others responded, “Tell me this isn’t really happening.” The conversation ended when a national committeeman from a Western state chimed in saying, “It better not happen, or our party will be dead.”

And yet, here we stand today, two years into one of the most chaotic and controversial presidencies in our nation’s history, watching as the Republican party prepares to preemptively pledge fealty to a president who may well have a member of his family indicted before the Iowa caucuses.

Of course, that’s really the point, isn’t it? If President Trump were in a strong position with no potential calamities awaiting him and was obviously the person best-suited to help the party in 2020, then there would be no need to force Republicans to bend the knee now.

The attempt to rig the system is, all on its own, an admission of Trump’s weakness.

I’ve now spoken to several current and former RNC members and they made clear that this point is not lost on the party’s current leadership. And while none of them was willing to go on the record, all of them expressed, to one degree or another, concern about what these efforts to could mean for the party: “The intent is to be efficient,” one member told me, “and to create some coordination. If the wheels come off, it would be helpful to have some distance [from Trump]. But how do you have both?”

A former state party chair pointed out that, at the very least, the RNC should wait until after the results of the Mueller probe are released—in case they needed to “promote the Vice President to nominee,” he said. “These resolutions make it very difficult to reposition themselves if it becomes necessary after we learn what Mueller has learned.”

Others expressed philosophical concerns about eliminating party neutrality in advance of the primaries, with more than one comparing these efforts to the Democratic National Committee being all-in for Hillary Clinton during the 2016 primaries.

In December 2018, South Carolina GOP Chairman, Drew McKissick suggested that his state party might cancel the primary altogether, since, in his words “the entire party supports the president.”

That may be true now (it’s not, but let’s play along) but what happens if it’s not true next January? According to a recent NPR/PBS/Marist poll, the president is beginning to lose ground with his base: He’s already down 17 points among suburban men and 11 points among white evangelicals.

More pertinent to the RNC as they consider consolidating all of their influence behind the president’s reelect, is that Trump has already seen a 10 percent net loss of support among Republicans. Maybe he’ll bounce back. But maybe he won’t. If the RNC goes out of its way to preemptively tie itself to Trump——again, something that has never been done in the past—and this downward slip turns into a spiral, the national committee could find itself out of step with its own base of activists and donors.

Regardless of party or president, primaries play a critical role in maintaining our democratic republic.  It is not the role of establishment insiders to decide whether or not a president should be challenged; that responsibility—that privilege—belongs to the people.

It is only through elections that the people are able to make their voices heard and only through primaries that incumbents can be held accountable to their own supporters. And accountability is a good thing. There were plenty of Republicans who told Ronald Reagan not to primary Gerald Ford. But by doing so, Reagan made the Republican party stronger.

Any resolution that attempts to clear the field, eliminate primaries, or silence Republican voters is shortsighted and dangerous. The Republican party is bigger than Donald Trump and they shouldn’t let him convince them otherwise. 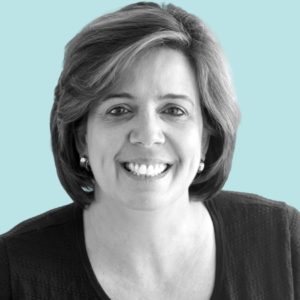 Jennifer Horn is a communications consultant and former chairman of the New Hampshire Republican Party and Republican National Committee member. Follow her on Twitter at @nhjennifer.