It was revealed earlier this week, after his schedules were leaked, that President Trump spends an inordinate amount of his day in unscheduled “Executive Time.”

On the one hand, you might assume this to be a sign of laziness from the president. But perhaps not. What if Trump is really just following the Montessori model?

When I first learned about Montessori in grade school I was intensely jealous of my friend who got to go to this unstructured wonderland of self-direction.

For those of you not familiar with the Montessori method, it’s very big on self-directed learning. Students roam the work-space (translation: classroom) engaging with the learning that appeals most to them in the moment. If they want to do spelling today, they work on spelling. If they want to do math, they do math. If they want to watch Fox & Friends, then that’s fine, too. Maria Montessori believed that a child can’t really learn something until they’re ready to learn it. Or have tweeted a dozen times about Robert Mueller.

Another of the hallmarks of the Montessori philosophy is that the students are also learning guides: The older students check the work of the younger students and help them with their lessons. (This may sound hippie-dippy, but it’s not all that dissimilar to how doctors are trained under the do one, see one, teach one pedagogy.) The idea is that students can learn from their peers in ways that traditional teaching methods sometimes can’t convey. Also that by teaching, a student progresses from competence to mastery. And once you’re at the pinnacle and have mastery, grading offers a lesson in management and interpersonal skills.

I made a joke about all of this yesterday on Twitter and the Montessori mafia was . . . not amused.

One wrote: “You’re comparing his ‘executive time’ where he sits around and does nothing to /organized/ independent work time in a Montessori environment. It’s not even close to the same thing.”

Another responded: “Don’t wake #Montessori nation like some other columnist who used same analogy did yesterday. Montessori kids are focused, stable, productive, cooperative and kind. And they have to be fully potty trained for admission. He couldn’t get in their preschool.”

I was impressed, but also kind of surprised. The big value-add of a Montessori education is supposed to be teaching kids time-management and executive functioning. And here these folks were wasting their time on Twitter.

Remind you of anyone? 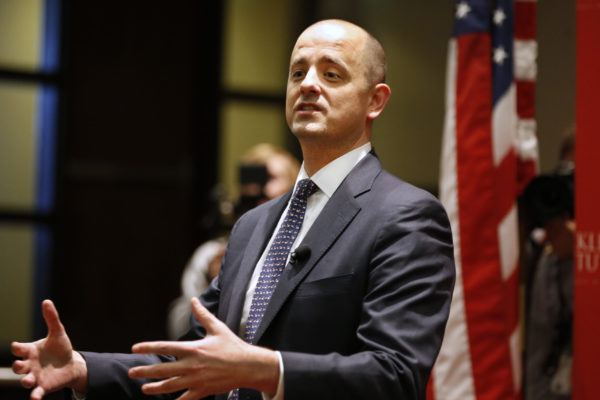