Putting their heads together, they hope to figure out why, exactly, these acts of violence keep happening here.
by Bill Lueders
Governor Greg Abbott speaks during a press conference about the mass shooting at Uvalde High School on May 27, 2022 in Uvalde, Texas. Abbott held a press conference to give an update on the resources the state will be providing to everyone affected by Tuesday's mass shooting where 19 children and two adults were killed at Robb Elementary School. Abbott expressed his anger about being misled about law enforcements response to the shooting. (Photo by Michael M. Santiago/Getty Images)
Share on Facebook Share on Twitter Share via email Print

If we are ever going to solve the problem of mass shootings in America, we need to identify and focus our attention on the root causes. Only then can we chart a course to a less blood-drenched future.

To this end, a number of conservative commentators and Republican politicians have been putting their noggins to work on this issue, digging deep and casting a wide net. They have come up with some stunning insights for how to turn that mass-murder frown upside down.

The problem is real; nobody disputes that. So far this year, as of July 11, the United States has had 333 mass shootings, which the Gun Violence Archive defines as instances in which four or more victims have been shot (not including any perpetrator). More than seven out of ten mass shootings in the developed world happen here. Clearly, something is amiss.

Some say this all has to do with how easy it is in this country for even deranged people to obtain deadly weapons, including assault rifles. But the commentators and politicians are not swayed by this argument.

If gun control worked, they say, why aren’t there fewer shooting deaths in big cities like Chicago and New York, where the gun laws are so oppressive? And look at what just happened in Japan, which has some of the world’s most restrictive gun laws and lowest rates of gun-related deaths—nine in 2018, compared to 39,740 that year in the United States. But former Prime Minister  Shinzo Abe was shot dead anyway, with a homemade gun.

“For those outside of Japan, the assassination may seem incongruous with claims that Japan has found special success against gun violence,” mused New York Times reporter Max Fisher on July 9. “If its gun measures worked, why was a former leader just gunned down in broad daylight?”

Ah, yes—if this assassination doesn’t prove that efforts to limit access to guns are doomed to fail, what does?

So the commentators and politicians have come up with some other things, besides easy access to guns, to blame for our national epidemic of mass shootings. The problem isn’t that 18-year-olds can legally buy assault rifles and high-capacity magazines capable of killing dozens of people in mere seconds. It’s something else.

“We, as a state, we, as a society, need to do a better job with mental health,” said Texas Gov. Greg Abbott after 19 elementary school children and two adults were shot to death in Uvalde. “Anybody who shoots somebody else has a mental-health challenge, period. . . . We, as a government, need to find a way to target that mental-health challenge and do something about it.”

During the same press conference, reported ABC News, the governor admitted that “the 18-year-old suspected gunman in the Uvalde shooting . . . did not have a diagnosed mental illness or a known criminal background, but rejected the idea that stricter gun laws would have prevented the shooting.”

So instead of keeping this young man from buying an assault rifle, Abbott believes, the government and “society” should have done a better job of treating his undiagnosed mental illness.

Republican Rep. Marjorie Taylor Greene of Georgia is on the same page. “Our nation needs to take a serious look at the state of mental health today,” she declared in a tweet, adding that the nation is “failing our youngest generations from decades of rejecting good moral values and teachings.”

Here’s another fix: Republican Sen. Ted Cruz of Texas has urged that schools have only one working entrance. The problem, as he sees it, is not too many guns but too many doors. It has been pointed out that creating a bottleneck of students arriving and departing in the same location may not be the best way to thwart someone hoping to kill as many of them as possible, but if this idea doesn’t work, there are always others.

If one theory falls flat, there are many more to choose from.

A few days after the carnage in Uvalde, Fox News host Laura Ingraham offered the “pot psychosis-violent behavior connection” as a likely contributing factor. She wondered why it was not getting more attention since “the medical community is well aware” of the link.

Ingraham’s guest, Dr. Russell Kamer—the medical director of Partners in Safety, a company that performs employee drug-testing for hire—said studies have shown that “the use of the high potency marijuana is strongly associated with the development of psychosis.” He said his colleagues in Colorado “are sounding the alarm because that was one of the first states to legalize. It’s practically a daily occurrence that kids come into the emergency rooms in florid, cannabis-induced psychosis.”

A 2019 review by PolitiFact found no causal connection between marijuana use and violence, but Ingraham is undeterred. On July 5—the day after a gunman opened fire on a parade in Highland Park, Illinois, that left seven people dead and dozens injured—she brought this theory up again, tweeting about “indications” that the shooter was a pot user. “What can regular pot use trigger in young men in particular?” she asked. “Psychosis and other violent personality changes.”

There are also indications that the Highland Park shooter was a Trump fan—he appears in photographs wearing a Trump flag and attending a Trump rally, and he posted a video where he is part of a crowd waiting outside an airport for Trump to arrive—but Ingraham did not get into that.

“The authorities in their lives—mostly women—never stop lecturing them about their so-called privilege: ‘You’re male, you’re privileged.’ Imagine that. Try to imagine an unhealthier, unhappier life than that. So a lot of young men in America are going nuts. Are you surprised?”

Many of these commentators and politicians think mass shootings are happening because we as a country did something to deserve it—something other than, of course, allowing a massive proliferation of firearms.

“We stopped teaching values in so many of our schools,” clucked Republican Sen. Ron Johnson of Wisconsin after the Uvalde massacre, which he felt “additional gun laws” could not address. “Now we’re teaching wokeness. We’re indoctrinating our children with things like CRT—telling some children they’re not equal to others, and they’re the cause of other people’s problems.”

Johnson voted against the bipartisan gun bill that was recently signed into law by President Joe Biden, which directs additional funding for mental health services, enhances background checks for buyers under age 21, closes a loophole that allowed some abusive romantic partners and exes to still buy guns, and provides funding for school safety and state-level “red flag” laws. The law does not ban any assault weapons or raise the age for would-be buyers. Johnson called the bill, and the process through which it passed, “a classic example of Washington dysfunction.”

Other Republicans have identified other reasons, besides having an astonishing number of guns—393 million in 2017, more than the number of people—for mass shootings in the United States. Another recent theory is that there was an almost 50-year period during which abortion in this country was constitutionally protected.

“Something has happened to our society. I go back to abortion, when we decided it was okay to murder kids in their mothers’ wombs. Life has no value to a lot of these folks,” explained  Republican Rep. Billy Long of Missouri. He lamented that, instead of acknowledging this root cause, “they’re trying to blame inanimate objects for all of these tragedies.” The inanimate objects he means are things like assault rifles that, if modified, can fire hundreds of rounds per minute.

Blake Masters, a Republican Senate candidate in Arizona, has identified yet another underlying cause: black people. “We do have a gun violence problem in this country, and it’s gang violence,” he said during a radio talk show appearance. “It’s people in Chicago, St. Louis, shooting each other. Very often, you know, black people, frankly. And the Democrats don’t want to do anything about that.”

Many Republicans agree that doing something about mass shootings is made much more difficult by the way that Democrats have politicized the issue. During a House hearing on gun violence after the Uvalde shooting, Rep. Louie Gohmert of Texas lashed out at Democrats for accusing Republicans of “being complicit in murder” for blocking gun law changes.

“How dare you?” he shouted. “You don’t think we have hearts?” He went on to blame Democrats for gun violence in big cities.

“Are you here for the murderers in Chicago? In Philadelphia and these other major cities because you’re wanting to do nationally what is being done by Democrats in those big cities?” Gohmert asked.

Yes, by all means, let’s keep politics out of it. That way, we can focus on the real roots of the problem, and come up with real solutions. 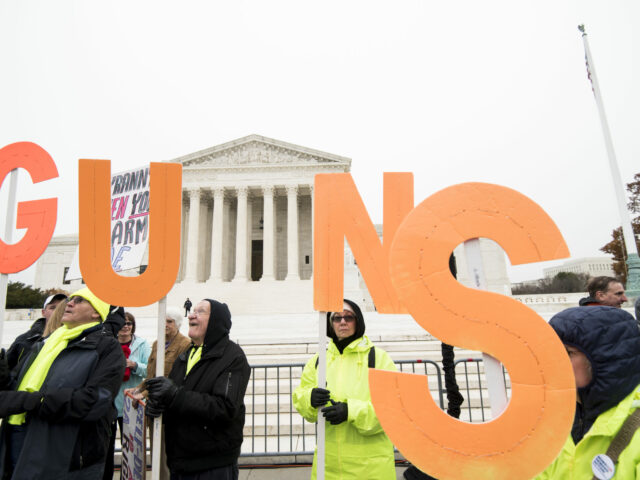