From his schmoozefests to his scandals, it’s clear the secretary of state wants to get out in front of the 2024 field.
by A.B. Stoddard
WASHINGTON, DC - MARCH 05: U.S. Secretary of State Mike Pompeo speaks during a briefing at the State Department on February 5, 2020 in Washington, DC. Secretary Pompeo spoke on several topics including the coronavirus and the recent truce with the Taliban. (Photo by Mark Wilson/Getty Images)
Share on Facebook Share on Twitter Share via email Print

By the time of Mike Pompeo’s keynote speech for the Florida Family Policy Council’s anniversary gala this past weekend—a talk switched at the last minute to be delivered via video screen, replacing a promised “personal visit” from Pompeo with guests who had paid $10,000 as table sponsors—he had traveled a long road from graduating first in his class at West Point to grubbing. As one does in the inner circle of Donald Trump.

The selling of access by the secretary of state, even if he doesn’t pocket the money, still likely violates ethical and/or legal guidelines, so the original plans for this event, before Pompeo decided to speak remotely, are troubling.

In August, Pompeo broke State Department rules in a speech to the Republican National Convention, from Israel no less, addressing two political audiences wrapped in one—and on the taxpayer dime.

But Pompeo doesn’t care. He’s trying to get out in front of the 2024 field, since the GOP primary campaign could kick off just weeks from now if Trump loses. Our secretary of state is a man in a hurry.

Last month, he gave a speech in Wisconsin, another key battleground state, to the legislature. A spokesman said he was delivering “an important policy speech to the Wisconsin State Senate on why state legislators across our country must be vigilant against the Chinese Communist Party’s malign influence at the subnational level.” Don’t look to find him lecturing legislators in non-swing states on the dangers of China, of course.

The hallmark of the transformation to Trumpkin is a skin shedding—once integrity is gone so is shame, then both are replaced by an insatiable hunger for dollars, access, or influence. Rick Wilson has abbreviated the process for us as “Everything Trump Touches Dies,” but those who don’t part with their shame shrivel up and disappear before enjoying the party favors.

Not Pompeo. At West Point he pledged that “a cadet will not lie, cheat or steal, nor tolerate those who do.” The “spirit of the code” is that the cadet “is truthful, fair, respectful and responsible.” Not only has Pompeo tolerated lying, cheating, and likely plenty of stealing, but last week he even appears to have lied about the Pope.

On Thursday he gave a questionable answer about why the Pope didn’t meet with him at the Vatican. He told Fox News that the Pope was busy and often doesn’t meet with foreign ministers but he hopes to meet with him next year. Cardinal Pietro Parolin, the Vatican secretary of state, said that Pompeo had asked but that “the Pope had already said clearly that political figures are not received in election periods.”

Lying about the Pope doesn’t bring in more campaign dollars but it’s part of the emerging picture of a changed Pompeo. With each new investigation or tacky revelation, Pompeo seems to be digging in with defiance. He has so sullied himself that he is liberated—he has gone full gangster.

Generally though, self-dealing is the through line.

Pompeo is under several investigations for allegedly using taxpayer dollars for personal gain. He recently—after they stirred scorn and controversy at the State Department—began hosting his “Madison dinners” again. These salon evenings are gatherings of fat cats who don’t come from the foreign policy world. This month several of the dinners will take place at Blair House—that is, indoors during a pandemic, CDC guidelines be damned. One official told Politico: “dozens of department employees who support these dinners, from security officers to catering staff who prepare the food, facilities management and protocol staff, do not have the option to work these events remotely or turn down an assignment.”

At Pompeo’s side is his wife Susan who has commandeered a role in event planning. Despite not being a government employee herself, Susan Pompeo is reportedly a source of intimidation of some department personnel. Also involved is Brian Bulatao, a longtime friend of Pompeo’s. Pompeo got Bulatao hired as chief of operations at the CIA and Bulatao followed him to the State Department where he is under secretary for management. Douglas London, a former senior CIA operations officer who left in 2019, told Politico that Bulatao was known within the agency for his focus on Pompeo’s political future. “It was clear from the counsel Brian offered at meetings prioritizing his boss’s image, and the issues which garnered his attention, that Brian’s interests were not supporting CIA’s mission, but in making Pompeo president,” London said.

Pompeo hosted similar schmoozefests while at the CIA through an external advisory board. Although the events did not violate any regulations, they were the subject of grousing from several former officials who told Politico that Pompeo had held what were called “senior leadership conferences” but were really “lavish” dinners providing Pompeo with face-time with influential and wealthy business and political figures in ways that previous CIA directors had not. Former CIA officials said that Pompeo had “crossed a line.”

When State Department Inspector General Steve Linick investigated Pompeo’s misuse of department staff to perform errands for him and his wife, as well as his end run around Congress in approval of an arms deal with the United Arab Emirates and Saudi Arabia, Pompeo had Linick fired.

The House of Representatives—which is probing Pompeo’s “transparently political misuse of department resources,” like his RNC speech—is currently planning to hold Pompeo in contempt of Congress because of his defiance of subpoenas regarding the State Department’s role in a Senate Republican investigation into the Biden family. The department, which has stonewalled Democratic investigators in the House, provided more than 16,000 pages to help Senate Republicans target Hunter Biden. Staff for Pompeo told the House Foreign Affairs Committee last month that the department would not comply with documents unless their committee also investigated Hunter Biden.

In Congress, Pompeo was a member of the Constitution Caucus. He didn’t support Trump in 2016, since he thought he was immoral. Indeed, it was Pompeo’s concern about the Constitution that led him to speak out against Trump while supporting Sen. Marco Rubio.

“We’ve spent seven and a half years with an authoritarian president who ignored our Constitution,” Pompeo said of Obama in March 2016, and warned of Trump: “We don’t need four more years of that.”

But surviving in Trump’s administration, let alone trying to win over Trump supporters and beat other Trumpkin contestants in a primary, requires not just violating one’s oath to the Constitution but a rejection of the system it constructs for checks and balances on power. Impeachment revealed the depths of Pompeo’s complicity—although, in fairness to him, he was hardly alone. The Ukraine scandal laid bare a government-wide conspiracy that also involved Vice President Mike Pence, chief of staff Mick Mulvaney, Attorney General Bill Barr, and U.S. ambassador to the EU Gordon Sondland; they were involved in the cover-up of Trump’s clear abuse of power, extorting an allied nation by withholding security funds appropriated and approved by a separate and coequal branch of government.

Pompeo also knowingly allowed Rudy Giuliani to conduct a rogue national security and foreign policy outside the government apparatus—all with the aim of killing off Joe Biden’s presidential candidacy. Giuliani’s campaign against Biden in Ukraine began in 2018 with the help of then-House Intelligence Chairman Devin Nunes. On trips to Europe, likely on the taxpayer dime, Nunes began pursuing information on Burisma, which had employed Hunter Biden, with the help of people like indicted Ukrainian businessman and Giuiliani crony Lev Parnas. Pompeo allowed Giuliani to smear U.S. ambassador to Ukraine Marie Yovanovitch and to get her fired, never publicly disagreeing or defending her. Yovanovitch testified that Pompeo had been aware of the Giuliani-led operation in Ukraine since 2018. Throughout, Pompeo continued to spew Russian disinformation that the FBI warned Republicans not to repeat, claiming that it was Ukraine, not Russia, that had interfered in the 2016 election.

When he blew up in an interview about it last winter, Pompeo barked at NPR reporter Mary Louise Kelly: “Do you think Americans care about (f-word) Ukraine?” It’s easy to imagine this is what Pompeo himself believes: that abuse of power doesn’t matter.

It’s becoming harder to imagine that Pompeo once was, politically speaking, a choirboy. After West Point he graduated from Harvard Law School, became a businessman and went on to Congress with a hefty resume, a sharp mind, and zero taint. From what seemed a life of purpose and patriotism, Pompeo had the promise and the pedigree to stand out as a leader. Pompeo wasn’t another Nunes; he had too much to lose.

That man is gone. 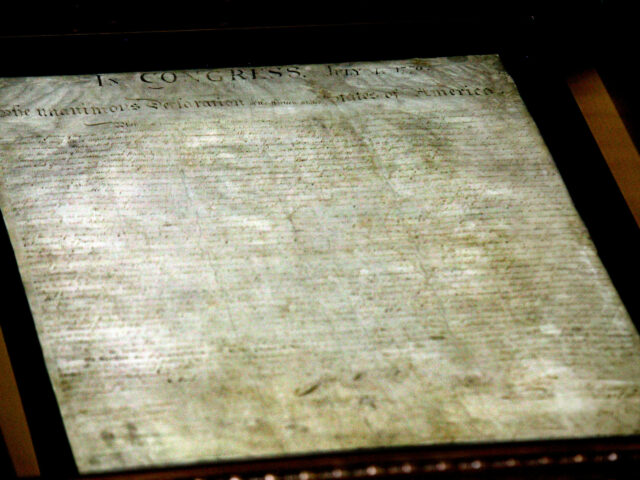 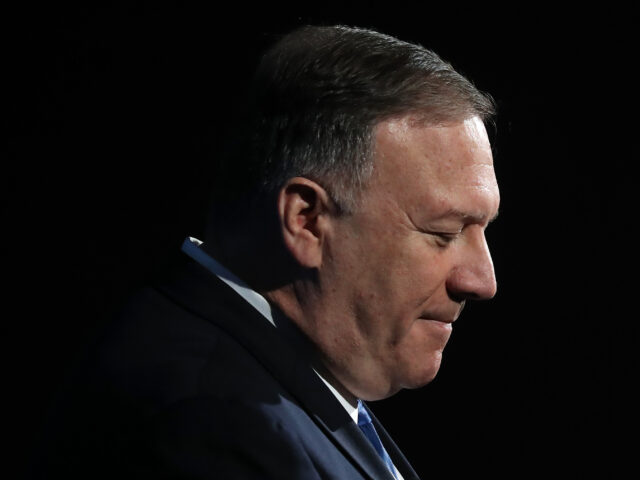 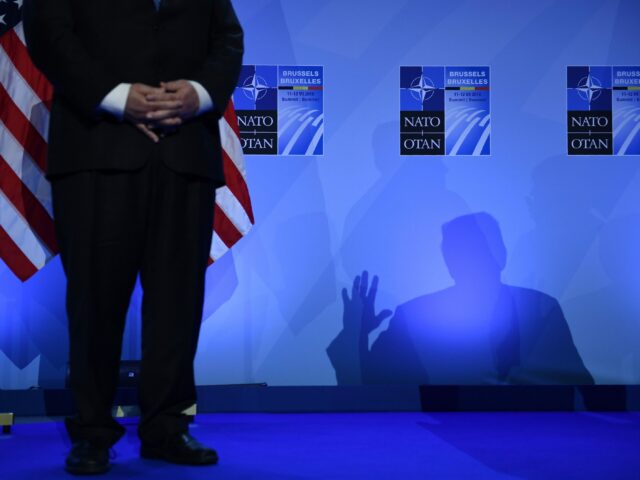