The Treasonous Pardon of Paul Manafort

For four years we’ve been force-fed the preposterous dual notions that Donald Trump intended to “drain the swamp” and that any suggestion his campaign colluded with Russia in its interference in the 2016 election was a media hoax.

Both of those notions were eviscerated Wednesday once and for all, with a Christmas Eve Eve stroke of Trump’s pardon pen.

Amid a raft of indefensibly unscrupulous pardons issued hours after the resignation of the attorney general, that of Paul Manafort stands as the worst of the worst. It will go down in the annals of American history as among the most corrupt and self-serving actions taken by a chief executive.

To add injury to insult, it was an action taken while simultaneously engaging in a childish, high-stakes game of chicken with Congress that may result in the government shutting down—potentially denying COVID relief for millions of Americans during the holidays.

In any sane world—which is to say, not the world we inhabit—Trump’s pardoning of his cronies would result in a series of bipartisan reforms that ensure our government will never again be party to this type of kleptocratic lawlessness. In any sane world, a government that once aspired and still claims to be a model democracy would take this moment to say Stop. To never again allow itself to be tarnished by a two-bit huckster who has as much respect for our laws and norms as he does for the women whose pussies he grabbed.

Yet we all know such reforms will not happen, not as long as the president’s whimpering butt boys refuse to do even the minimum to defend the institutions that they would tell you with a straight face they believe are the envy of the world.

They will pretend this is business as usual. They will compare it to corrupt pardons by Democrats past—pardons that, at the time, they rent their garments over. Now, those old Democratic pardons are just a flimsy little dish-towel Trump’s defenders are using to try to hide their indignity and abasement.

Let there be no doubt. The pardon of Paul Manafort is not business as usual. It is not standard-fare political back-scratching. It is unconscionable and enraging and perverse and abnormal and anti-American.

Paul Manafort is the will-o’-the-wisp of the Washington swamp. This was the stated reason Trump brought him onto his campaign in the first place—to help guard against Republican establishment revolts at the 2016 convention.

Prior to Trump, Manafort worked at the highest levels of the slimy Washington influence space and for the most despotic and crooked clients imaginable, both foreign and domestic. He was the fixer for a Russian revanchist tyrant in Ukraine who committed atrocities. Through this experience he became deeply indebted—to the tune of millions of dollars—to a Russian oligarch, Oleg Deripaska, who is close to Putin.

According to an ex-Russian spy and arms dealer, Manafort “owed us a lot of money . . . and he was offering ways to pay it back.” The Russians weren’t the only people Manafort was in debt to. When he joined the Trump campaign he was nearly broke, having racked up bills in the millions as he lived a life of luxury with absurd rugs and ugly but expensive suits.

Then, during the campaign—while a hostile foreign government hacked the private emails of the Democratic candidate and funded a network of bots and social media accounts to push coordinated disinformation—Paul Manafort was providing private campaign briefings and access to allies of the perpetrators, in order to help pay off his debts.

He was the definition of a compromised asset.

When Special Counsel Robert Mueller tried to look into the details of the ties between Manafort’s Russian clients and the Russian hackers who were aiding the Trump campaign, they were stymied by his lies, his use of “sophisticated communications security practices,” and his foreign business partners’ lack of cooperation.

Later, when Manafort cut a plea deal with the government, he promised to testify “fully, completely, and truthfully” about his actions—but he then breached that plea, repeatedly being caught in lies including about his communications with Russian intelligence during the campaign.

During a deposition with the FBI, Manafort’s deputy Rick Gates admitted that this was of course intentional on Manafort’s part. That his plan was to block the truth from coming out, stay loyal to Trump, and wait for a pardon. “Sit tight,” Manafort apparently said. “We’ll be taken care of.”

Manafort’s bet paid off. His conspiracy against our country paid off. Because a corrupt, impeached, lame-duck president took care of him.

After this pardon no one should ever again accept the charge that the Russia investigation into the president was some sort of “hoax.”

People who are the victims of hoaxes do not obstruct justice and obstruct the truth about the most serious foreign attack on our elections in history.

Here is the truth.

Paul Manafort is the human embodiment of every negative trope about influence peddling and the Washington swamp.

The Republican-led Senate investigation concluded: “Manafort’s influence work . . . was, in effect, influence work for the Russian government and its interests.”

Part of that work was providing access to the top levels of the Trump campaign, which the Russian government was covertly assisting across many vectors.

Manafort lied and concealed this collusion with Russian operatives at every possible opportunity in order to protect his own ass and to protect Donald Trump.

These actions were nothing short of treasonous.

So is this pardon. 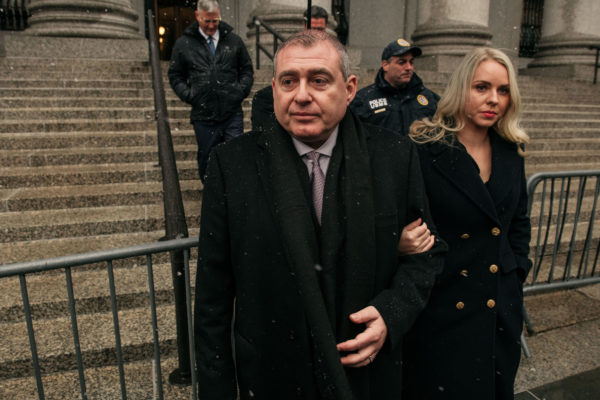 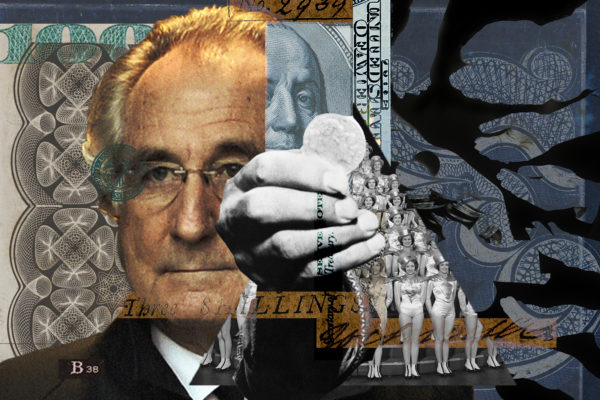