The Trump-Ukraine Story is a Stress Test

This is the problem with keeping the Hysteria Dial turned up to 11, all the time. Not everything is a constitutional crisis or a presidency-ending scandal. Or at least not in the alternate reality we are living in.

So how do we react when we’re confronted with what might be the real thing? And make no mistake about it, the revelation (and Trump’s apparent admission) that the president used his office to pressure a foreign government to provide him with dirt on a political opponent puts us (at least) close to the red zone.

It’s too early to say whether this story will trigger an actual crisis, but it will be a dramatic stress test of our norms, institutions, and politics. More specifically it will test the (1) rule of law, (2) Republicans, (3) Congress, (4) Joe Biden, and (5) the media.

The Rule of Law

Trump has been emboldened to defy the law. And not without good reason.

His willingness to push the newly elected president of the Ukraine to dig up dirt on the former vice president may have been, as Neal Katyal and George Conway write, “the ultimate impeachable offense,” but he knows that he will never be impeached and removed from office.

Trump’s brazenness, the Washington Post reports, “reveals a president convinced of his own invincibility—apparently willing and even eager to wield the vast powers of the United States to taint a political foe and confident that no one could hold him back.”

Trump thinks that he skated on the Mueller probe and he has watched the fecklessness of congressional Democrats who have repeatedly failed to hold him accountable for much of anything. He also has figured out that he never—as in never—has to worry about his own party showing anything resembling a conscience. He does not belong to the Republican party. The Republican party belongs to him.

From the beginning of his presidency, he has cultivated a contempt for constitutional norms and the legal limits on his power. But, the Post notes,

Katyal and Conway warn of the precedent being set:

Congressional procrastination has probably emboldened Trump, and it risks emboldening future presidents who might turn out to be of his sorry ilk. To borrow John Dean’s haunting Watergate-era metaphor once again, there is a cancer on the presidency, and cancers, if not removed, only grow. Congress bears the duty to use the tools provided by the Constitution to remove that cancer now, before it’s too late. As Elbridge Gerry put it at the 1787 Constitutional Convention in Philadelphia, “A good magistrate will not fear [impeachments]. A bad one ought to be kept in fear of them.” By now, Congress should know which one Trump is.

Which bring us to….

Just kidding. We know exactly how they will react, because we’ve been living through this sad rodeo for years now. Maybe Mitt will surprise us, but probably no one else.

There is no Mueller report to wait for and the Department of Justice won’t lift a finger… so this one is on Congress.

Even though Tom Nichols has been fierce Trump critic, he’s been a skeptic on impeachment. But, he writes, this is not a gray area:

There is no spin, no deflection, no alternative theory of the case that can get around the central fact that President Trump reportedly attempted to use his office for his own gain, and that he put the foreign policy and the national security of the United States at risk while doing so. He ignored his duty as the commander in chief by intentionally trying to place an American citizen in jeopardy with a foreign government. He abandoned his obligations to the Constitution by elevating his own interests over the national interest. By comparison, Watergate was a complicated judgment call.

There are some signs that folks on Capitol Hill are taking this seriously. Nancy Pelosi said Sunday that “if the administration persists in blocking this whistleblower from disclosing to Congress a serious possible breach of constitutional duties by the president, they will be entering a grave new chapter of lawlessness which will take us into a whole new stage of investigation.”

That sounds tough, but Pelosi has made it clear that she absolutely does not want to move ahead with impeachment. But doing nothing doesn’t seem like a viable option, either.

This is where our colleague Bill Kristol’s advice could be helpful. Elsewhere in today’s Bulwark he makes the case for “a small, competent, select committee to determine the truth of the Ukraine matter. This committee’s investigation should be separate from those rehashing the Mueller report or looking into other Trump administration controversies.”

At this point, inaction would effectively turn Congress into a constitutional nullity, a decision that would do as much damage to the separation of powers as Trump’s own contempt for legal norms.

The focus of the Trump/Ukraine story ought to be on Trump’s conduct, but we know how this goes: Trump is already flipping the script. By Saturday, Trump was trying to “deflect the glare of the Ukraine whistleblower controversy onto Democratic presidential candidate Joe Biden, echoing a public campaign by his allies to discredit his potential political opponent while continuing to play down his own role in it.”

(Pause for a moment to reflect on the world-crushing irony of Trump, whose campaign was once chaired by Paul Manafort expressing concern about Ukraine and political corruption.)

The minions have already been deployed. With depressing predictability, Trump’s most enthusiastic jock-duster, Lindsey Graham, called on the DOJ to investigate “the Biden-Ukraine connection.” This is mendacious nonsense, but it is the political meth that powers Trump World. Expect more.

The risk for Biden is that he will be hit simultaneously from the right and the left and that the specter of scandal would erode his argument that he is the most electable Democrat.

At first, Biden seemed to worry that the story could backfire on him, a narrative that some of his progressive critics are more than happy to push. He had a chance to hit back hard, but as Politico noted, he first remarks were “circumspect and measured.”

This is, of course, exactly the wrong way to respond to a Trumpian smear. Fortunately for Biden, he recovered quickly, putting out a much tougher statement:

If these reports are true, then there is truly no bottom to President Trump’s willingness to abuse his power and abase our country. Such clear-cut corruption damages and diminishes our institutions of government by making them tools of a personal political vendetta.

At minimum, Donald Trump should immediately release the transcript of the call in question, so that the American people can judge for themselves, and direct the Office of the Director of National Intelligence to stop stonewalling and release the whistleblower notification to the Congress.

That was a good start, but he needs to brace himself for what’s coming his way. Just ask Hillary…

There is, of course, no such thing as “The Media.”

There is the Trumpist Media, the Anti-anti-Trump Media, the Legacy Media, and the Progressive Media and lots in between. Everyone gets to have their own narrative these days, which is one of the reasons Trump is able to create his alternative reality that akshually the scandal here is about Joe Biden, and not the president’s attempt to bully and possibly extort an ally.

At the same time the whistleblower story fuels the pressure for impeachment, it is also keeps the discredited Biden/Ukraine allegation circulating in the media ecosystem. The dynamic brings back memories of how the Clinton email story unfolded in 2016.

Trump is counting on the media’s Stockholm Syndrome to nudge them into covering “both sides” of the story. If that fails, he will simply try to discredit the media’s reporting (a task made easier by the legacy media’s occassional episodes of malpractice).

But there are known facts and they seem more than a bit relevant to any coverage of this story:

Ukraine’s prosecutor general said in an interview that he had no evidence of wrongdoing by U.S. Democratic presidential candidate Joe Biden or his son, despite a swirl of allegations by President Donald Trump’s lawyer.

Yuriy Lutsenko, the current prosecutor general, said that neither Hunter Biden nor Burisma were now the focus of an investigation. He added, however, that he was planning to offer details to U.S. Attorney General William Barr about Burisma board payments so American authorities could check whether Hunter Biden paid U.S. taxes on the income.

“I do not want Ukraine to again be the subject of U.S. presidential elections,” Lutsenko said in an interview Tuesday in his office in Kiev. “Hunter Biden did not violate any Ukrainian laws—at least as of now, we do not see any wrongdoing. A company can pay however much it wants to its board.” He said if there is a tax problem, it’s not in Ukraine.

The test for the media is whether they will allow themselves to be distracted—or bullied into muddying the story. The coverage of allegations about Clinton and Uranium One ought to be a cautionary tale, not a template.

Consider this the first big test of the 2020 campaign. Strangely enough, I’m not optimistic that we’re going to pass. 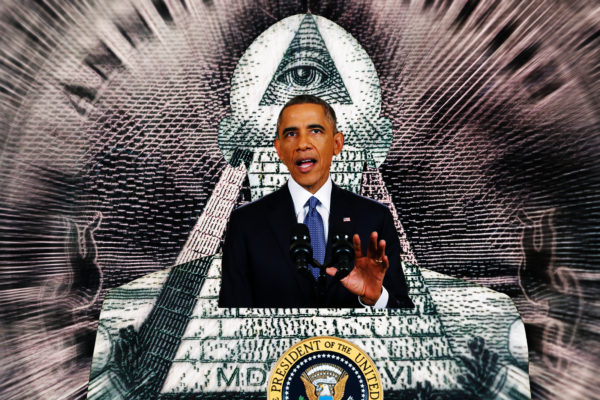 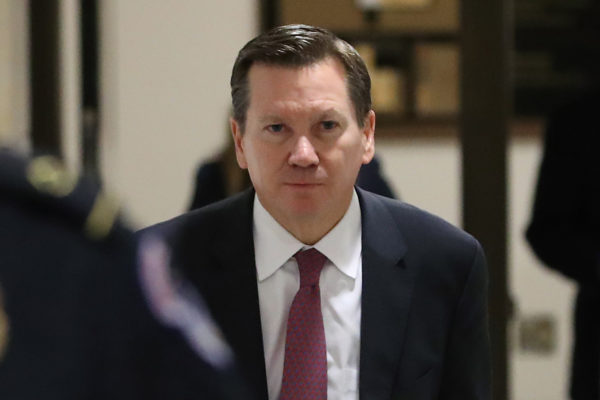 Why Trump Fired an Inspector General—and Why It Matters 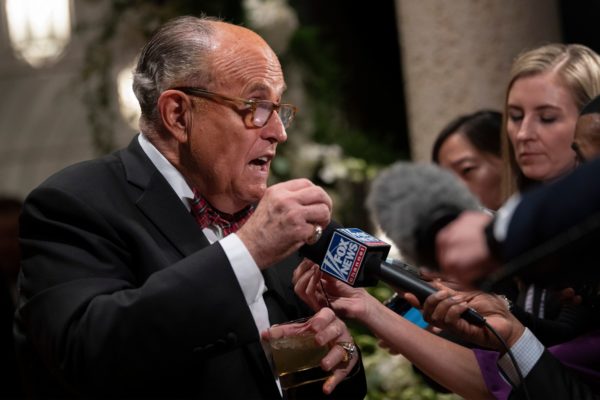 How Rudy Got Trump Impeached