A number of conservative commentators have rushed to defend President Trump’s Mount Rushmore speech. Incensed by press depictions of the speech as “divisive and dark,” figures such as Mollie Hemingway and Tom Fitton rode to the president’s side, assailing the New York Times as a “leftist propaganda outfit” (Hemingway) and a “leftist advocacy group” (Fitton). “Talking about American greatness is only divisive if you hate America,” tweeted the Daily Caller. Senator Marsha Blackburn waxed rhapsodic: “I thought the speech was absolutely one of the best that he has given and how appropriate that he reminded the American people and that we are unique and that you can bet on hope or you can bet on fear.”

Rich Lowry penned a column on the subject, noting that the president mentioned Martin Luther King Jr. and other African-American heroes; that he affirmed America’s dedication to “equal opportunity, equal justice, and equal treatment for citizens of every race, background, religion, and creed”; and that he condemned slavery. “So where’s the hate?” Lowry demanded. “Where’s the white supremacy?”

This is the problem: People on the right have an anti-racism accusation switch (I could also say twitch) that is easy to activate. I have it myself. There are excellent reasons to be sensitive about false accusations of racism. It’s an ugly charge, and too often, critics on the left smear good-faith arguments they disagree with—such as those about preferences or family structure—as hateful and racist. In fact, the left has overused the accusation so often (see Romney, McCain, Bush) that it has become a matter of crying wolf. I included a chapter about this in my second book.

So let’s stipulate that some press reactions to the Mount Rushmore speech were overheated. The president, wrote Annie Karni in the New York Times, used “an official presidential address to mount a full-on culture war against a straw-man version of the left that he portrayed as inciting mayhem and moving the country toward totalitarianism.” Not a word of that is false, but it might be better to avoid terms such as “straw-man” in a news story.

Nor can it be denied that people who tear down statues of Frederick Douglass (for Heaven’s sake!), or suggest that it may be necessary to defenestrate George Washington, or burn the flag in front of the White House, are ignorant extremists who should be condemned and opposed.

But the conservative reflex to resist accusations of racism is worse than misguided in this instance. It does real harm to the conservative cause. Why? Because in this case the accusation is not false. It’s blatantly, obviously true.

Where is the “white supremacy?” How about the fact that President Trump is threatening to veto the National Defense Authorization Act if Congress follows through on plans to rename military installations named after Confederate generals.

I will Veto the Defense Authorization Bill if the Elizabeth “Pocahontas” Warren (of all people!) Amendment, which will lead to the renaming (plus other bad things!) of Fort Bragg, Fort Robert E. Lee, and many other Military Bases from which we won Two World Wars, is in the Bill!

This is not a conservative making the case against racial preferences. It is not a reasoned argument about school choice, or welfare reform, or disparate impact. It is straight-up white supremacy. The Confederacy was not the United States of America. It was a rebellion against it.

So, no, that’s not patriotism. It’s kind of the opposite.

Trump’s defenders claim to believe that he is being accused of racism because he praised America. Love of country is now being tarred as white supremacy, they cry.

Not quite. There is a history here. Trump’s racial appeals have a long pedigree—from his Central Park Five death penalty demand, to his Obama birth certificate nonsense, to his refusing for days on end to condemn David Duke, to the “Mexican” judge, to the s-hole countries, to “go back where you came from,” to “good people on both sides,” to “get that son-of-a-bitch off the field.” This is to name just a few of his crude racist remarks.

Is it the case that so long as Trump does not actually shout the phrase “white power” in a speech, then we must forget everything else he has done and said?

Most reasonable observers would say that this man forfeited the benefit of the doubt long ago.

Yes, Trump’s Mount Rushmore speech lauded American greatness. For some, that immunizes it against criticism. But at a moment of heightened racial tensions, when millions of his fellow citizens feel embattled and betrayed, it’s morally obtuse to fail to devote any words of comfort and inclusion toward them. It is not enough to name-check Louis Armstrong or Jesse Owens. A president should acknowledge that we have not yet lived up to the “true meaning of [our] creed,” and vow to do better.  It is especially important to do so on the Fourth of July.

Instead, Trump spoke of American protesters in language usually reserved for foreign enemies:

Trump’s chosen message on Independence Day was the good news that “I am deploying federal law enforcement to protect our monuments, arrest the rioters, and prosecute offenders to the fullest extent of the law. . . I am pleased to report that yesterday, federal agents arrested the suspected ringleader of the attack on the statue of Andrew Jackson in Washington, D.C. and, in addition, hundreds more have been arrested.”

News of arrests are supposed to make patriotic hearts swell with pride?

Leadership of a large, diverse nation requires certain grace notes that every president in living memory has found it in his heart to pronounce on important occasions.

This president has chosen, and continues to choose, division and vitriol.

His critics are right. 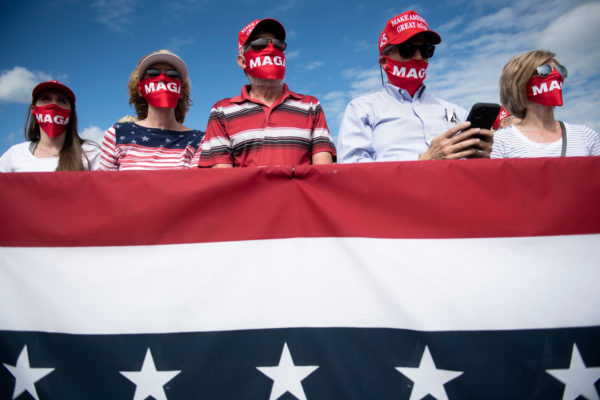 What Went Wrong with Conservatism? 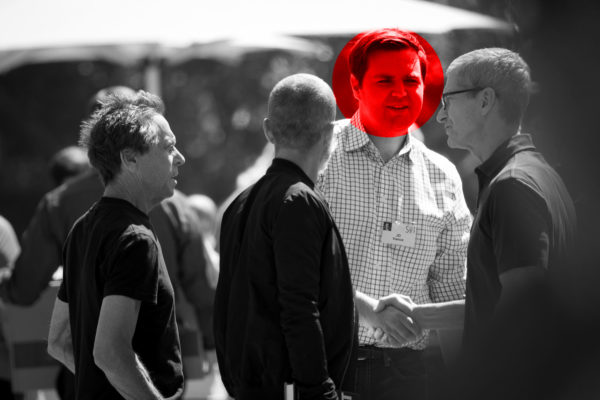