The Trumpist group behind the ads wants to provoke alarm. Here are the facts.
by Linda Chavez
PHILADELPHIA, PA - OCTOBER 21: A general view during Game 3 of the NLCS between the San Diego Padres and the Philadelphia Phillies at Citizens Bank Park on Friday, October 21, 2022 in Philadelphia, Pennsylvania. (Photo by Daniel Shirey/MLB Photos via Getty Images)
Share on Facebook Share on Twitter Share via email Print

If you’ve been watching MLB playoffs in the Philadelphia media market, you’ve probably seen the scary ad of hordes of immigrants headed for the U.S. border where they will soon be “draining paychecks, wrecking schools, ruining hospitals, and threatening your family.” Never mind that Philadelphia is some 2,000 miles from the border. Similar ads are running in Arizona, and there are radio and billboard ads striking the same themes in Nevada, Colorado, Texas, and elsewhere.

The ad campaign is sponsored by a group called Citizens for Sanity. According to Open Secrets, the outfit’s board of directors includes three former Trump administration officials who are also involved with America First Legal Foundation, the new Trumpy group run by Stephen Miller, Donald Trump’s former point man on immigration. The aim of Citizens for Sanity seems to be to stoke fear and loathing in voters who might be tempted to vote for Democrats in the upcoming elections because they’re turned off by some of the extremist GOP candidates in their states.

Many voters identify immigration as a major concern—48 percent in a Pew analysis, although nine other issues rank above it, including the economy, crime, and abortion. Controlling illegal immigration is far more salient among Republicans than Democrats, however, and Citizens for Sanity may be trying to peel off suburban GOP and independent voters, and motivating hardline anti-immigrant voters to turn out. It is a technique that has worked well before, even when the facts on the ground should have mitigated against it. Donald Trump rode the illegal immigration issue all the way to the White House in 2016, despite a declining population of undocumented immigrants living in the United States at the time as well as historic lows in border apprehensions. But this year—despite a dramatic rise in the number of people apprehended at the border—the issue has yet to galvanize voters nationally in the way Trump managed to in 2016.

What is happening at the border should be a concern to all Americans, but not for the reasons Citizens for Sanity suggests. Border communities are indeed being overwhelmed by desperate migrants seeking a new life in the United States, whether fleeing political repression in countries like Nicaragua, Cuba, and Venezuela, or narco-violence in places like El Salvador and certain areas of Mexico, or war in countries as far-flung as Ukraine and Syria.

Our broken immigration system, especially our asylum program, cannot handle the numbers of people who are now showing up at our southern border. But the answer is not to shut our doors—and not just because doing so would worsen the humanitarian crisis. It is not in our nation’s interest to keep out many of those wanting to come here. Those fleeing here are not doing so because they want to steal Americans’ paychecks, ruin our schools and hospitals, much less threaten our families. They are coming here primarily to work to support their own families, having fled countries whose politics have destroyed their economies. If we want them not to become a burden on our strained public services, there are ways to prevent that outcome.

President Biden’s new plan for dealing with Venezuelan asylum seekers would, at least, allow a small number—some 24,000—to receive humanitarian parole that includes permission to work in the United States. The plan is modeled after a similar program that has granted parole status for about 100,000 Ukrainians. The number of Venezuelans is far too small, but it is a move in the right direction. Those admitted would need to identify sponsors in the United States who would assume financial responsibility for the families for two years, and, importantly, applying to participate would take place outside U.S. borders. Americans frustrated with the huge numbers of asylum seekers who show up on our doorstep should know they are doing so because current U.S. law requires it. Asylum seekers who have abided by our laws now await their chance to make their claims in an adjudication process that is ill equipped to deal with them. The current backlog of affirmative asylum cases was estimated at 430,000 in July (out of a total immigration court backlog of more than 5 million) with no end in sight as thousands more join the system each week.

Congress could fix this. It hasn’t—not under either party. The paralysis that surrounds immigration reform is costing Americans. It is a big contributor to the labor shortage that makes everything more expensive and drives inflation. It turns what should be a source of strength—a vibrant immigration flow—into a crisis by pushing migrants to use asylum laws because they have no other legal option to come here.

Those who want better border security aren’t wrong. We can’t take everybody who wants to come to the United States, but we can accommodate many more people than we currently allow. We need new rules that emphasize skills, but not just skills in STEM fields. Florida Gov. Ron DeSantis decided to fly some fifty Venezuelan asylum seekers to Martha’s Vineyard right before Hurricane Ian destroyed thousands of homes and businesses in his state that now need rebuilding. He could use those Venezuelans’ help, and that of hundreds if not thousands of others languishing in facilities in Texas and tents in New York and elsewhere. But most politicians who raise the immigration issue at all in their campaigns do it mostly to scare voters.

It has been almost ten years since the last major attempt to fix immigration faced a vote. In 2013, a bipartisan group of eight senators offered the Border Security, Economic Opportunity and Immigration Modernization Act, which overwhelmingly passed in the Senate but lapsed when the House refused to take up the bill before Congress adjourned. Sadly, one of the four Republican cosponsors has since died, while another has retired, and the remaining two, Sens. Marco Rubio and Lindsey Graham, are more interested in placating Donald Trump than fixing America’s problems, so reviving anything like the 2013 bill is unlikely. Meanwhile, Citizens for Sanity and other groups like it will keep stoking fear and hate to get out the vote each election cycle. 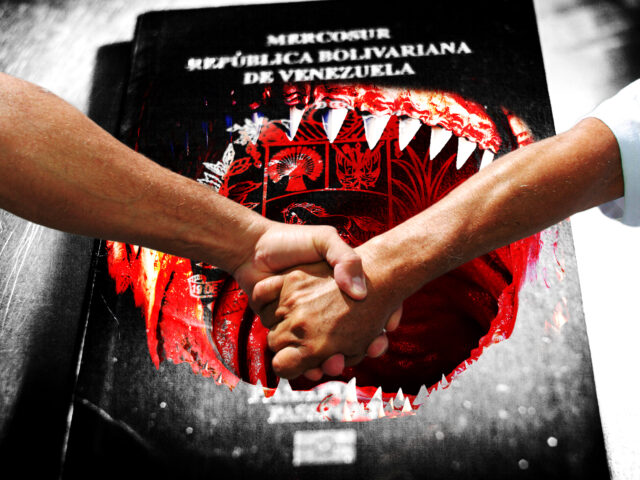