God forbid if our leaders begin expressing their emotions and anger privately.
by Jacob Perry
Sen. Amy Klobuchar (D-MN) talks on her cell phone as she rides the subway to attend a vote at the U.S. Capitol. (Photo by Mark Wilson/Getty Images)
Share on Facebook Share on Twitter Share via email Print

The senator is announcing her candidacy for the presidency this weekend and it appeared she had a clear path to victory before a few brave and intrepid journalists uncovered some truly horrific details about Klobuchar that will hopefully derail her campaign. Apparently her atrocious behavior includes such horrific things as:

“Especially while in the car during a busy day: if she is EXTREMELY upset about something, let her rant through it, DON’T interupt [sic] her unless ABSOLUTELY necessary and be careful when trying to calm her down,” the memo reads. “Often she just needs to talk things out in the open and is not interested in other people’s opinions―this is something that you will become used to and adjust to―its just a note for the first time this happens.”

*Shudder* Just imagine an elected official who, when upset, actually expresses her frustration in private instead of tweeting about it to tens of millions of people? My God, how are we supposed to keep our allies in fear and Fox and Friends hosts armed with new material if our leaders begin expressing their emotions and anger privately?

Just when you want to form up a mob and send Klobuchar to Gitmo where she clearly belongs, it gets worse. Klobuchar expects her personal aide to behave in a manner only appropriate for adults and not campaign staff. Such things as:

Hang up clothes she leaves laying on the floor & her chair

Organize clothing in the closet so she can find items easily (separate into shirts, suits, etc)

Throw away any garbage in the dressing area

I mean, does President Trump need a staffer to ensure the exquisite fit of his suit jackets or the perfect length of his polyester ties? Of course not.

During my 20+ year political career I have had the pleasure of managing six campaigns for the United States House of Representatives, and the worst part is I have never once been asked to pick up someone’s dirty clothes or throw away their trash. Frankly the worst thing I ever had to deal with was current Florida Congressman Brian Mast’s singing (country music if you can imagine). Then again, I lost five of those races so perhaps I didn’t fully understand the job. But what I do know is that there are many instances of far, far worse behavior from men who rarely ever get the coverage that Klobuchar is receiving for what is actually fairly normal behavior for a politician.

However, those men weren’t moderates running in a Democratic party currently rife with anti-capitalist beliefs. And if you’re looking for suspects in this obvious smear job, look no further than those who believe the Democratic party should be more Manhattan and less Minnesota.

Former Texas Agriculture Commissioner Jim Hightower once wrote a book titled, “There’s nothing in the middle of the road but yellow stripes and dead armadillos.” To which we can add the chalk outline of the corpse of Amy Klobuchar’s presidential campaign right smack in the left hand lane of that road. And the prime suspect in its death is the Bernie Wing of the Democratic party. 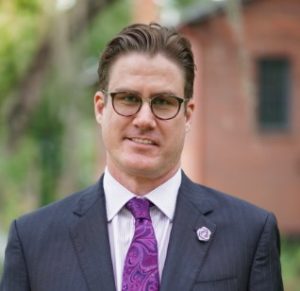 Jacob Perry is a former campaign consultant who has managed six U.S. House campaigns and consulted on dozens of others nationwide. He lives in Tallahassee, Florida.