The real solution to our immigration problem will have to come from Congress.
by Linda Chavez
Immigrant families from Venezuela and Brazil huddle for warmth as they wait to be transported to a U.S. Border Patrol processing center on December 09, 2021 in Yuma, Arizona. (Photo by John Moore/Getty Images)
Share on Facebook Share on Twitter Share via email Print

The Western Hemisphere is suffering the greatest migration crisis in its history, with some 18 million persons displaced from their homes, but the politicians who can do something to mitigate the crisis have been unable or unwilling to do so. The new GOP House leadership would rather keep the border crisis roiling through the 2024 elections than solve the problem, and Democrats are too divided and distracted to make the issue a priority. So, what can be done?

President Biden has few options but to act unilaterally—but doing so within the limits of his executive power is a challenge. The Supreme Court has, so far, punted on presidential authority to remove would-be asylum seekers under the emergency measure known as Title 42, meaning the policy requiring asylum seekers to await adjudication outside the United States remains in place. Former President Donald Trump invoked the provision in March 2020 essentially to lock down the Mexican border at the beginning of the COVID-19 pandemic. Without vaccines or reliable treatments, it wasn’t unreasonable at the time to worry that the flow of illegal border crossers and asylum seekers might pose an immediate health threat, but that risk has largely passed.

In November, a federal court judge struck down the continued use of Title 42 against asylum seekers, a decision which was upheld on appeal in December. The Biden administration was set to lift Title 42 on December 21, but several states’ attorneys general filed for a stay with the U.S. Supreme Court to keep the policy in place. In a somewhat surprising move, Chief Justice John Roberts granted a temporary stay, at least until the Court can hear appeal on the merits. The Court has yet to grant certiorari in the appeal, so there is no timetable for a decision.

Meanwhile, migrants continue to take their chances at the border. In 2022, U.S. Customs and Border Protection had a record 2.4 million encounters at the southern border, up from 1.7 million the previous year. About a quarter to a third of these were with individuals who had tried to enter the country previously—about a million were turned back last year under Title 42. Nonetheless, the numbers are clearly higher than at any point in the past and give Republicans the opportunity to portray the border as “open.” The Biden administration has now come up with an enforcement plan should Title 42 authority be revoked that will at least serve as a safety valve at the border.

Cubans, Venezuelans, Nicaraguans, and Haitians make up a large share of those showing up at the border in recent months. These are countries where political turmoil, instability, and downright state and societal collapse make their return infeasible, cruel, and against American values and interests. Under the new Biden plan, the Department of Homeland Security will allow some 30,000 Cubans, Venezuelans, Nicaraguans, and Haitians per month into the United States on a temporary basis provided that they apply for authorization to travel before they reach the border. Importantly, those seeking entry must have sponsors in the United States who accept financial and other responsibility for those admitted, including their minor children. Both applicants and sponsors will undergo vetting to ensure they meet the government’s criteria and pose no security risk. Instead of ending up in overcrowded shelters or on the streets, these new asylum seekers will be met and cared for by family members and friends or supporters. Successful applicants are not guaranteed entry, but they are given authorization to travel to a U.S. airport where they will present their claims. Once admitted, they will be authorized under current rules for temporary parole into the United States, which means they will be able to work after six months, alleviating the financial burden on their sponsors.

The sense that the border is out of control plays into the hands of immigration opponents. It’s too early to tell if Biden’s efforts will stem the flow, but at least for many Cubans, Venezuelans, Nicaraguans, and Haitians the plan offers hope and a major disincentive to just showing up. Those who fail to seek preauthorization will be barred from entering the country, as will any who have traveled through Panama or Mexico after January 5 (traditional asylum rules require that migrants seek protection in the first country they enter). Those found to have violated these rules would be barred from seeking authorized entry for 5 years and could be prosecuted criminally if apprehended trying to cross again. Venezuelan encounters at the border dropped quickly from about 1100 a day to 230 after they became eligible for pre-authorized travel directly to the United States in the fall, but clearly the new measures won’t affect the numbers of migrants from outside the four named countries from seeking entry.

Last year, only about 740,000 people were granted legal residency in the United States (and many of them were already here), a relatively modest number by historical standards and not nearly enough to satisfy our economic and social needs. Although population growth picked up last year after worrisome contraction during the pandemic, it is still not enough to support our aging population and much of the growth—as usual—came from the influx of foreign- born persons, including the unauthorized. The Biden administration has found a way to expand the numbers modestly with its new proposal, but it’s just a stopgap until we fix our immigration laws.

Given the Republican dysfunction and infighting on Capitol Hill, the odds of any immigration bill becoming law appear vanishingly slim. For the time being, Biden’s Band-Aid will have to hold. 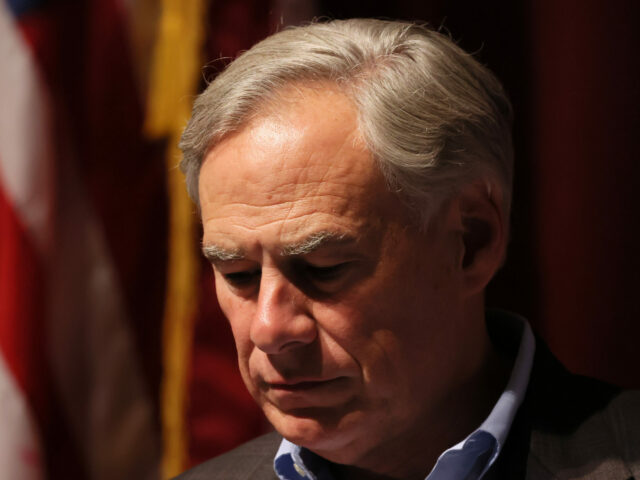