Keep up with your favorite Bulwark writers—sign up for a FREE daily dose of sanity emailed right to your inbox. Sign up here.
Support The Bulwark and subscribe today.
Join Now
Not My Party

Tim Miller: War in Ukraine. The stock market plunging. Protests in the streets. But one man has isolated the real threat to America.

This is “Not My Party,” brought to you by The Bulwark.

The king of Florida Men, Ron DeSantis, decided to pick a little fight recently and got himself caught up in a briar patch that could have major implications for our politics. Here’s why DeSantis vs. Disney is important.

DeSantis is the Republican heir apparent. In fact, Vegas has him as the second-most-likely person to win in 2024—behind Trump but ahead of Biden and Harris. He’s modeling where the Republican party is headed: out with the old, pro-business, pro-free market, corporations-are-people sh** that I grew up with—

Miller: —in with the quasi-authoritarian, populist lib-owning that Donald Trump made popular. Caught in the middle of this Republican vibe shift is Disney.

Miller: Here’s the backstory. After DeSantis signed the despicable Don’t Say Gay bill in Florida, Disney came out and said . . . well, nothing at first. But then after pressure from their employees, Disney found their courage and put out a statement saying—

Fake Mickey Mouse voiceover: “Our goal as a company is for this law to be repealed by the legislature or struck down in the courts, and we remain committed to supporting the national and state organizations working to achieve that.”

Miller: Around the same time, a Disney exec said that they were planning on putting more gay and gender-nonconforming characters in their children’s movies, and acknowledged that they hadn’t done a great job representing those communities in the past, which is kind of a dis on Scar, Ursula, Jafar, and Geppetto. Yeah, I said Geppetto. A single man with knickknacks and a cat who wants a boy of his own? Let’s not split hairs.

Geppetto: Wouldn’t it be nice if he was a real boy?

NASA official from The Simpsons: This unkempt youngster just might be on to something.

Ted Cruz: In every episode now, they’re gonna have Mickey and Pluto goin’ at it.

Peter Griffin: Uh, sure, whatever floats your boat.

Miller: And DeSantis caught the outrage wave, deciding to punish Disney. So he took away some of the tax benefits the state was giving the company.

Now, it’s a little confusing why this became such a big deal. Disney barely did anything.

Judy Hopps (Ginnifer Goodwin in Zootropia): What is your problem?

Miller: In the past, corporations have got way more involved in politics than what Disney did here. For one thing, this isn’t anything like the Koch brothers spending billions running ads to help their preferred candidates.

Gordon Gecko: Capitalism at its finest.

Miller: But now, Republicans have decided this is something called “woke capital,” and they need to take a stand.

Prime minister from Pennyworth (Richard Clothier): We will not be bullied, sir!

Miller: When I was working GOP campaigns, we used to get mad at the libs for going after companies when they were engaging in political speech, like when Democrats targeted Chick-fil-A or Mozilla for their anti-gay donations. The argument then was that private companies and their executives had free speech rights, and the government shouldn’t punish them for their opinions.

Lou from The Simpsons: Not anymore.

Miller: But now the Fox-watching Republican base wants Republicans to go after their enemies more than they want to protect the free market.

Ron DeSantis: This state is governed by the interests of the people, not based on the demands of California corporate executives.

Miller: Unfortunately for DeSantis, this particular offensive against pedo Pluto might be backfiring. You see, Disney had agreed to foot the bill for bonds and other government services around Disney World in exchange for their special tax status so now that DeSantis took the deal away, the taxpayers in Orlando have a big bill on their hand, and they’re suing DeSantis because they don’t wanna pay it.

Harry Duggan (Jackie Coogan on The Brady Bunch): I’ll see you in court!

Miller: The result of all this silliness? DeSantis is gonna increase taxes on his residents, create a chilling effect on free speech by corporate actors, and maybe push his state’s signature company to do business elsewhere. But hey, at least he owned the libs and got some Fox hits out of it.

Sean Hannity parody (from Family Guy): My problem with liberals is that liberals hate America.

Miller: See you next week for more “Not My Party.” 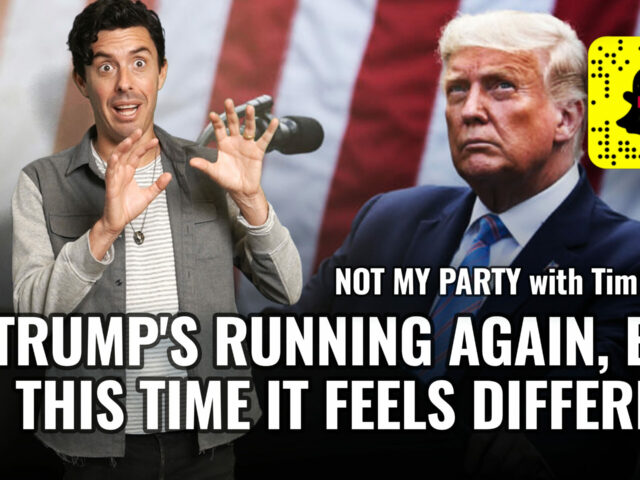 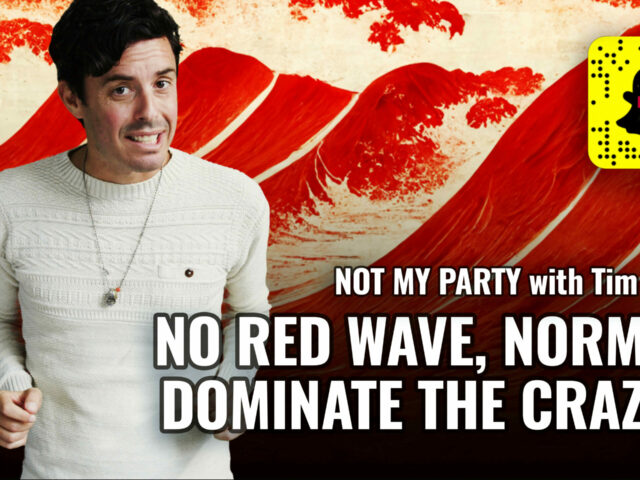 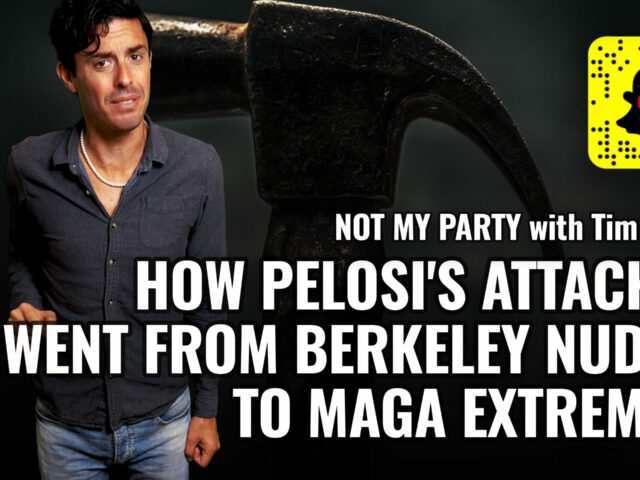