Finland and Sweden Deserve to Be in NATO Now

Their membership will be good for them and for the alliance.
by Eric S. Edelman
A NATO flag is pictured next to a statue on June 13, 2021 at Parc du Cinquantenaire in Brussels. (Photo by Kenzo TRIBOUILLARD / AFP) (Photo by KENZO TRIBOUILLARD/AFP via Getty Images)
Share on Facebook Share on Twitter Share via email Print

After months of anticipation, Finland’s President Sauli Niinisto and Prime Minister Sanna Marin announced Thursday their country’s intention to apply for membership in NATO, and neighboring Sweden is not far behind. In polling last fall, only about a fifth to a quarter of Finns and Swedes supported their respective countries joining NATO. After Putin’s premeditated, unprovoked, and highly scripted invasion of Ukraine on February 24, there has been a massive movement of public opinion towards joining the alliance. In Finland, the numbers supporting membership jumped to 53 percent, then 62 percent, and a poll earlier this week measured 76 percent support with only 12 percent in opposition. The swing in Swedish opinion has been less dramatic, but still emphatically shows a majority (57 percent in April) supporting NATO membership for the first time.

Niinsito is highly respected in Finland, and his careful leadership is one reason the NATO debate has progressed more quickly there. The Finnish government published a white paper on the changing international security environment on April 13. Although it makes no explicit recommendation about whether or not Finland should seek NATO membership, it lays the predicate for that decision by highlighting the uncertainties created by Russia’s actions and highlights that Finnish policy has been predicated on close cooperation with NATO over the past 25 years. It also maintained the option to seek NATO membership—something Niinisto highlighted in his New Year’s address to the nation as the Ukraine crisis was heating up.

The debate in Sweden is not as well developed, and there is discernably less enthusiasm for membership in Stockholm than in Helsinki. Although all the Swedish opposition parties support NATO membership, the dominant Social Democrats are divided on the issue. Moreover, neutrality is a part of Swedish national identity, reaching back to the nineteenth century. Not so for the Finns, on whom neutrality was imposed by Stalin’s “Winter War” and against which they chafed for years.

The betting, however, is that the Swedish Social Democrats want the issue resolved before the fall elections, particularly since a popular majority supports membership. That, along with the near certainty that the Finns will apply, is likely to drag Sweden across the finish line lest they be left out. There is a certain irony to this development: In 1991, as the Cold War division of Europe was coming to an end, the Swedes, without notifying Helsinki, applied for EU membership. Caught unawares, the slightly embarrassed Finns followed suit the next day. Thirty years later, it is the Finns setting the pace on NATO membership.

Because all 30 current NATO members will have to ratify Finnish and Swedish membership, both Finns and Swedes have raised security concerns about the period between application and accession. Statements of support by Secretary of State Antony Blinken and White House Press Secrertary Jen Psaki in early May provided some reassurance. And the recent visit of British Prime Minister Boris Johnson to both countries, as well as the bilateral security accords reached between London and Stockholm and Helsinki, will ease concerns about the Russian reaction, which promises to be violent, at least rhetorically.

There have been several voices urging NATO to slow down any accession process for Finland and Sweden or even put the whole question on hold. This would be foolish in the extreme and would, in essence, constitute a reward to Putin for his aggression against Ukraine.

Unlike some recent additions to NATO like Montenegro and North Macedonia, Finland and Sweden bring enormous geographic advantages and military capabilities to the alliance. Both countries have worked closely with NATO over the past 25 years, in Kosovo and especially in Afghanistan. They have been two of NATO’s most capable partners. The Finns purchased American F-18s in the 1990s and for a time they were the only non-NATO member to field the AGM-158 Joint Air-to-Surface Standoff Missile, an advanced, stealthy missile in service since 2009. They made the decision last fall to purchase the F-35 as the follow-on, fifth-generation fighter to replace their aging F-18 fleet.

The Finns have also recently raised their defense budget by 2.2 billion Euros, bringing their military spending up to the NATO standard of 2 percent of GDP—although Finland’s strategy of territorial defense and national mobilization makes military spending comparisons tricky. Finnish highways, for instance, are built to be used as emergency runways for dispersed military aircraft and revetments to protect planes can be seen from the road throughout the country. None of that is captured in the defense spending numbers. When fully mobilized, the Finns can put an army of 285,000 into the field, including some 1,500 artillery pieces—more than the United Kingdom, France, and Germany put together. The Finns are also reportedly developing mines that could be used to protect their 830-mile border with Russia without violating the terms of the Anti-Personnel Mines Convention.

Finland also brings a determination to contribute and not be a free rider. They were the only nation to repay their World War I war debt to the United States (in full), a fact that impressed even former President Trump. They also have a culture of military innovation and toughness honed during the national trauma of the Winter War of 1939-40 and the less well known but equally brutal “Continuation War” of 1944. Indeed, when one reads accounts of those conflicts, they bear an eerie resemblance to what is going on in Ukraine today. The big difference between the Finnish experience (and a factor that impels them to NATO membership) and the Ukrainian one is that, faced with Soviet mass, firepower, and brutality, the Finns were left totally on their own and forced to sue for peace.

Sweden, unlike Finland, let its military decay after the Cold War, although it maintains its defense industry and its excellent tradition of military education. Unlike the Finns, the Swedes moved away from territorial defense and abandoned conscription. Russian aggressive behavior in Georgia and especially Ukraine in 2014-2015 led to a reevaluation which, in turn, prompted the reinstatement of conscription and increased Swedish defense spending. The Swedish Army and Air Force are small but professional forces that field nearly 100 JAS-Gripen fighters produced indigenously by SAAB.

Finland and Sweden signed bilateral memoranda of understanding with the United States in 2016, followed up by a trilateral memorandum of understanding two years later, for a more intensive schedule of joint exercises. The Finns and Swedes afford some absolutely crucial geographic advantages to the alliance as well providing the precarious Baltic states with a strategic hinterland from which they can be resupplied more easily in a conflict with Russia. Finnish and Swedish adhesion to NATO would help secure the Danish Straits and the strategic island of Gotland (recently reinforced by Sweden) and, in a conflict, allow NATO to bottle up the Russian Baltic Fleet in St. Petersburg.

Both countries have serious defense industrial capabilities. Besides SAAB for aircraft manufacture, Bofors is a leading producer of artillery and smart artillery shells. Patria Industries in Finland produces armored wheeled vehicles, mortars, and life-cycle maintenance for fixed and rotary wing aircraft. NAMMO produces ammunition (including for the U.S. Marine Corps) as well as rocket propulsion systems for cruise missiles.

Finally, as the United States and the West think about strategic competition with China, having Nokia and Ericsson, two of the world’s most important providers of telephone network systems, inside the NATO tent offers advantages for preventing Huawei and ZTE from totally dominating global 5G infrastructure.

Opinion among politicians and the public in Finland and Sweden is beginning to coalesce around the obvious benefits of NATO membership. NATO should see just as clearly how clumsy and costly it would be not to welcome them quickly into the alliance.

Correction (May 13, 2022): As originally published, this article erroneously stated that Finland did not join the Anti-Personnel Mines Convention; in fact, Finland joined the treaty a decade ago, finalizing the process in early 2012. 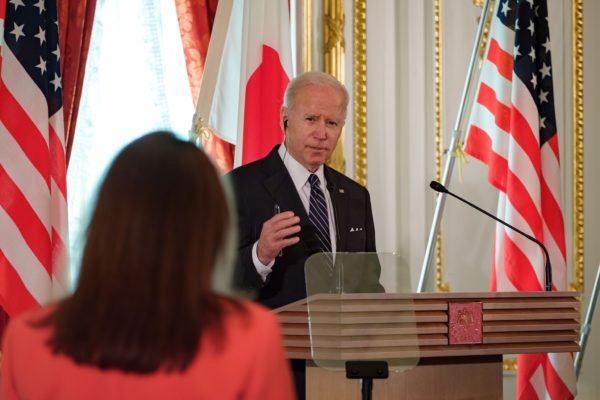