Right-wing politicians and pundits will have you believe that their victimization at the hands of overzealous online censors is a challenge both unique and urgent. But for as long as there have been posters posting on the vast information superhighway, the power users among them have discussed the very rules of the road that are perturbing conservatives with passion and verve. These bitter disputes happen no matter the forum. No matter the topic.

How does one ensure that the integrity of the FarmersOnly dating site isn’t harmed by the presence of a garden-variety suburban green thumb?

Could the wheel of ChatRoulette keep spinning if the ball track is consistently landing on a lonely man’s junk?

Were the lovers’ lounges in AOL’s People Connection undermined by 13-year-old boys unconvincingly pretending to be 40-year-old divorcees ISO companionship?

One of my favorite message-board haunts, GWHoops.com, was forced to close up shop when our long-suffering site manager was caught betwixt his laissez faire ethos and a troll with multiple personality disorder whose incessant posting overwhelmed the tens of Colonial faithful who merely wanted to vent about Coach Hobbs’s defensive schemes.

The same problem (to an exponential degree) bedeviled Craigslist, an unmoderated website that in the early aughts grew to become the world’s largest classified ad space and the home to dreamers of all sexualities and genders trying to find that Missed Connection. By 2008, the spammers and scammers and catfishers had begun to swamp the regular old Listers and Craig had to change course to contain them. More than a decade on the site has neither regained its former glory nor resolved the problem.

And thus the question has persisted for sites big and small since the days of the very first usenet groups: How do you balance user experience with the internet’s promise of unhindered expression?

At some point over the past few years this debate, which once had been the sole domain of Prodigy Classic Chat administrators, gripped an entire political party.

The protection of uninhibited speech rights on private internet forums is now one of only three proactive policy priorities of the Republican party. (The other two are limiting the speech rights of woke teachers and addressing imaginary voter fraud.) The GOP’s newfound passion is driven both top-down by the cult leader who is sad he has lost his toys and bottom-up through demands from MAGA voters.

If you find yourself in any digital space where supporters of the twice-impeached former President Donald Trump gather, you will notice that internet forum moderation is now among their prime concerns.

These great patriots are being CENSORED. And they let you know it on the many platforms where they are mysteriously still allowed to post.

They are pissed that they can no longer spread deadly misinformation about COVID vaccines. Or plot violent coups. Or harrass women, or trans folks, or other users they hate who happen to share the platform with them.

In order to remedy this anti-MAGA discrimination, these salt-of-the-earth trolls are demanding action from their representatives in Washington. But steering the ship of state takes time and the prospect of federal, filibuster-proof message-board moderation legislation seems dim.

Gettr is the “new” social platform that was founded by Jason Miller, a child-support-ducking deadbeat dad whose main career distinction is the abject shamelessness with which he defends Donald Trump’s lies.

Miller’s site is a re-skinned version of a previous app developed by his Chinese billionaire sugar daddy Guo Wengui, who you may remember as the owner of the yacht on which Steve Bannon was arrested.

Gettr tried to brand itself as a Trump-endorsed site, though that was quickly shot down by the Butterscotch Baron of Bedminster, who knows a thing or two about licensing and isn’t letting a chinless bootlicker trade on his name unless he’s getting a big piece of the action.

Gettr enters a crowded “MAGA social media” space that manages to continue sprouting new companies despite the imposing monopoly power wielded by Facebook, Twitter, Snapchat, TikTok, Telegram, Reddit, and YouTube. It is the successor to, among others, Gab, a “free speech” platform frequented by neo-Nazis, and Parler, a dystopian hellscape I ventured into a year ago.

I wanted to see if Gettr had been able to learn from Parler’s mistakes and achieve the utopian free speech ideal that has bedeviled the internet since Day 0.

So I hopped over to the app store to check it out.

First things first: If you are going to download Gettr, I would recommend choosing a spam email account and a unique password, seeing as the site has already been scraped by hackers. (I’m @PayChildSupport; give me a follow!)

Upon download I was greeted with the opportunity to follow “popular users” such as Newsmax, Dinesh D’Souza, Mike Pompeo, and other unapologetic insurrectionists. These suggested accounts indicate that this marketplace will be more akin to the Soviet Safeway which offers only the state-approved brand of detergent rather than a diversity of options competing with one another. I was hoping that there might be more underneath the hood.

I also wanted to get a sense for the quality of discussion emanating from influencer and brand accounts, so I followed @SonicFastFood, @officialChewy, @SubwayUSA, @DominosOfficial, several different official Sean Hannity accounts, @KylieJenner, and Trump’s former campaign manager @CLewandowski.

Once I got to 100 follows, I figured I had a nice cross-section of the platform and was ready to experience a truly unbiased social network.

What I found is that Gettr has the same exact problems that have tormented every platform in the history of the internet.

For starters, Gettr’s verification system is a mess because the platform hasn’t figured out how to resolve the tension between freedom of speech and the freedom to spoof. Which is to say, if you’re a Newsmax anchor, you can get a special red Verrit V, meaning that you are who you say you are. Other accounts are stuck with a black V that I could not determine the significance of. Still other accounts display a homemade checkmark.

Look, that’s not my bag of beans but no judgment. If MAGAs are into that sort of thing, that’s cool. But let me just say that during my first day on Gettr I didn’t come across a single substantive exchange of ideas—but I was exposed to a very great deal of Sonic the Hedgehog erotica. What a world.

The fakers also managed to take over the trending topics, which appear to be suspiciously managed by meddling Gettr overlords in order to not put their most offensive foot forward. At the time of this writing the “trends” were #Elsa and #COVID, but clicking on these stale topics brought you to things like “Real” Nicki Minaj asking her barbz to RETPOST IF TRUMP HAS A PISS KINK #Elsa. (Apparently Nicki hasn’t been told that they’re called regeets.)

None of these “real” or “official” accounts identify as parodies, and while I’m certain that Frito Lay doesn’t appreciate their well-cultivated brand identity being tea-bagged by random trolls, it’s at least obvious that the scatalogical endorsements aren’t authentic.

But for the MAGA celebs the situation isn’t as clear. Rep. Matt Gaetz got ensnared in a controversy when a Gettr account presumed to be a catfish called for pardons for the January 6 insurrectionists. “Corey Lewandowski” posted that his pronouns are Trump/Won. And while my prior assumption would be this is the kind of joke Corey would make, are we sure that was actually him? I emailed to ask and have received no response.

Meanwhile Sean Hannity has many official—“official”?—accounts and there’s no way to tell if any of them is authentic.

Taken as a whole, my Gettr newsfeed was a mash-up of catfishes and spoofs, conspiratorial craziness from real-life right-wingers, racial slurs from anonymous Nazi accounts, and pornographic trolling from (I assume) bored libs. The Algonquin Round Table this is not. The marketplace of ideas was barren.

But hey, it’s the internet, new sites with dumbass trolls and nutty power users are a dime a dozen. The most revealing part of the Gettr experience wasn’t what was on the platform—but what wasn’t.

Because it turns out that this cesspool would have been even worse if not for the fact that Jason Miller was doing exactly the same thing that Facebook and Twitter and all the other Big Bad Tech Oligarchs do: moderating his site’s content in order to provide a more usable product for his audience.

Complaints about this heavy-handed, neo-Puritan moderation were all over the platform.

@RoseyRose lamented that their previous account had been banned because they told “ben shapiro I want to piss in his lungs.”

@Kenma suggested that many of their fellow trolls had been banned.

There was much consternation over the fact that one of the Fake Nicki Minaj accounts was suspended.

Funny how the entire premise behind these “free speech” platforms—and the GOP policies targeting tech censorship and the endless faux outrage on cable news—is negated the minute the complainers are put in charge.

Because what these people inevitably find is that there’s no lib cabal targeting them. No grand conspiracy of Silicon Valley billionaire bros.

Instead the founders of Gettr have been crushed by the same banal challenge that every neckbeard site admin and anxiety-riddled Zoomer slaving away at the dystopian Facebook content-moderation farm has confronted from the moment the internet birthed this vast catch basin of human knowledge and obscenity and allowed people to post on it anonymously. The problem is the users. You can’t live with ’em. But you can’t live without ’em.

So good luck, Jason. As every content moderator who has come before you knows, the job in front of you is not all that different from the new spa treatment offered by Kylie_Cosmetics on Gettr.

I’m sure you’ll enjoy it. Oh, and buddy? When that sweet, sweet Chinese tech money starts coming in? Pay your child support, you freaking deadbeat. 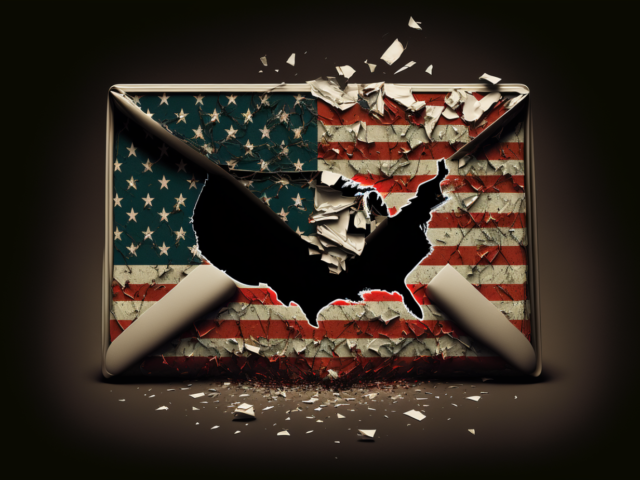 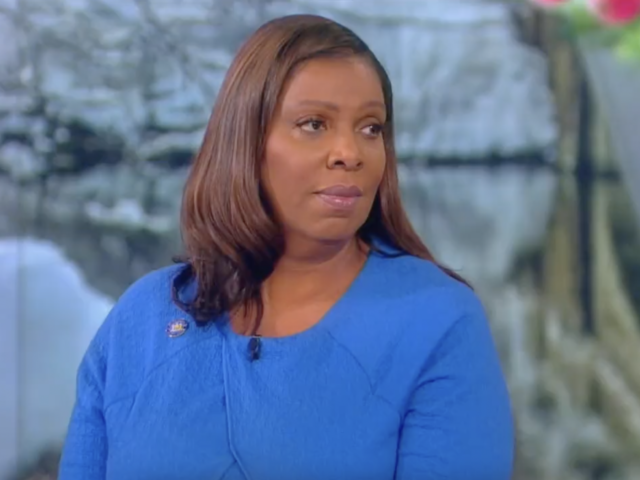 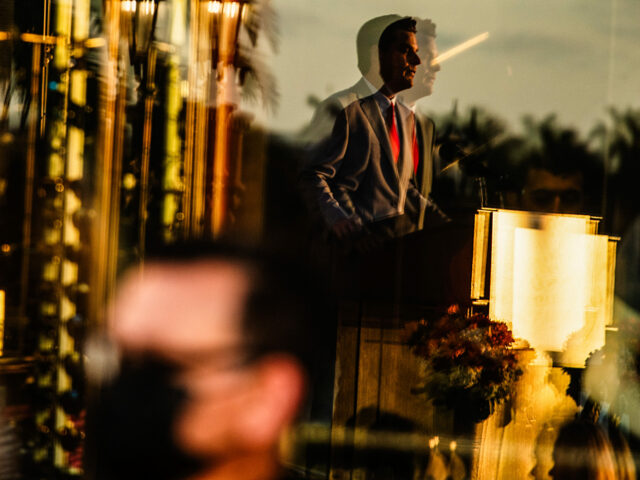