Heeding the Lessons of Weimar

To say that Donald J. Trump has transformed the Republican party in the last five years would be an understatement. Before he came to office, the GOP defended American traditions—including constitutionally limited government, free enterprise, and faith. By the time he left, it had abandoned many of its high-minded commitments and become a cult of personality pushing a crude populist nationalism to redress majoritarian grievances.

Even Trump’s parting act of political vandalism—siccing a mob on the Capitol to prevent the peaceful transfer of power—hasn’t dimmed his appeal to his party. A majority of Republicans believe that left-wing agitators, and not Trump, deserve most of the blame for the violence of January 6. Delivering his first post-presidential speech, Trump received a hero’s welcome at CPAC, the annual gathering of conservative activists and leaders. Those few Republicans who have dared to condemn his role in instigating the attack, such as Wyoming Congresswoman Liz Cheney, chair of the House Republican Conference, have been censured by their states’ GOP chapters.

As for Senate Minority Leader Mitch McConnell, he voted to acquit Trump after his second impeachment trial; then immediately condemned him, making a detailed case for holding Trump criminally or civilly accountable; then, after observing the undeterred enthusiasm of the GOP rank-and-file, flipped again: If Trump were the 2024 GOP presidential nominee, McConnell declared, he’d “absolutely” support him.

Ditto for Nikki Haley, South Carolina’s former Republican governor and Trump’s former ambassador to the United Nations. In February, she said “he let us down” and “went down a path he shouldn’t have, and we shouldn’t have followed him.” She insisted that “we can’t let that ever happen again.” He has “fallen so far” that he couldn’t run for re-election, she said. But last week, Haley changed her tune about 2024, saying that not only would she “not run if President Trump ran”—but that she would support him if he did.

Meanwhile, Indiana Republican Congressman Jim Banks wrote House Minority Leader Kevin McCarthy a memo recently telling him that all the working-class voters that President Trump had brought to the GOP through his anti-immigration and anti-woke policies were a “gift [that] didn’t come with a receipt”—and one that the party would spurn at its political peril.

There aren’t many examples in the annals of liberal democracy when a major party abandoned so much of what it stood for so quickly for the sake of one man. The most notorious parallel is of course Weimar Germany.

America in the early twenty-first century is obviously a very different place from Weimar of the early twentieth and too many people bandy about too many loose analogies between the two. There is zero possibility that America’s story would ever unfold the way Weimar’s did. However, whether America can escape lapsing into some form of authoritarianism, mild or strong, will largely depend upon whether the conservative movement will remain committed to addressing its grievances through liberal democratic channels.

Alan Bullock, in his classic Hitler: A Study in Tyranny, noted that the “heaviest responsibility” for Adolf Hitler’s rise rested with “the [traditional] German Right.” Even though it was spooked by the populist furies Hitler was stirring up, it “forsook the role of a true conservatism, abandoned its own traditions,” and invited the Nazi party into its governing coalition, giving Hitler an opening through which he proceeded to drive a tank. One big reason it abandoned both its principles and its qualms has a close parallel with today’s GOP: an all-consuming preoccupation with the domestic leftist enemy. In the German right’s case that enemy was communism; in the GOP’s case woke liberalism and socialism. Just like their German counterparts of yore, too many conservatives fear that without radical steps, even ones that endanger liberal democracy, this enemy might become unstoppable.

The Weimar period was Germany’s first, fleeting experiment in liberal democracy, lasting some fourteen years from the end of World War I in 1918 to 1933. Among the forty-odd parties vying for power, the largest was the left-leaning Social Democratic party followed by the German National People’s party (DNVP). The latter was a traditional conservative movement, a loose coalition of different interests seeking to restore God, king, nobility, and the nation to their rightful place from which they had been cast out by the vast political and ideological forces unleashed by the French Revolution.

But the Weimar Republic was born one year after the Russian Revolution, and fears for the future were coming to overshadow these traditional longings for the past. Would the newly triumphant Communist movement, which was already reengineering Russian society without God and private property, strike Germany next? Germany was, after all, the birthplace of Marx and Engels and home to the most active Communist and Socialist parties in Europe.

So when, in the summer and again in the fall of 1932, Hitler’s Nazi party won about one-third of the vote—becoming the largest party in the country—by blaming Communists (and Jews) for the Great Depression-related mass unemployment, the DNVP seized the opportunity. Its leader, Alfred Hugenberg, had campaigned in these elections on the notion that there was no difference between the “red Bolshevism” of the Communists and the “brown Bolshevism” of the Nazis. Other right-wing leaders had berated Hitler as a godless neopagan. But now they set aside their qualms. The DNVP, which had managed to govern for only about twenty-seven months of the previous thirteen years, invited Hitler to form a coalition government. It handed Hitler the chancellorship, reassuring itself that he was something of a buffoon whose extreme statements could be safely ignored and whose relative inexperience would allow him to be controlled.

That was an epic miscalculation.

Once in power, Hitler repeatedly played on the fears of a Communist insurrection to claim emergency powers, especially by blaming the Communists for the Reichstag fire. He arrested, killed, or otherwise neutralized all his political rivals. The new crop of conservative figures that emerged enthusiastically embraced him and his ambitious plans of making Germany great again by avenging its ignominious World War I defeat and rebuilding its economy and military prowess.

In contrast to the Russian Communists, who seized power only after two revolutions and a five-year civil war, Hitler rose from within the system, largely through legal means, and practically overnight without a revolution or a civil war, because Germany’s conservative leaders thought that they could use him to stop a Communist takeover.

The parallels with Trump’s meteoric rise in the Republican party are obvious.

Like the German right, U.S. conservatives originally supported Trump as the lesser evil compared to Hillary Clinton, whom they saw as a vessel of the radical left. Indeed, Michael Anton, author of the influential “Flight 93 Election” essay that rallied intellectual conservatives to support Trump after he sealed the 2016 Republican nomination, frankly acknowledged Trump’s “vulgarity” and some of his other flaws. But, Anton argued, Trump’s no-holds-barred attacks on liberals offered conservatives hope for avoiding the “wholesale cultural and political change” that elite liberals were hellbent on foisting on the country via “mass immigration” and other policies.

Once Trump won, more and more Republicans began to see his “own the libs” strategy not as a distasteful lesser evil but a positive asset, because it exposed the true depth and enormous power of the anti-liberal resentment waiting to be tapped among the Volk. Trumpism seemed to promise not merely a new right-wing coalition, but a new movement with the energy that had hitherto been the sole province of the left.

This possibility, scarcely imaginable before Trump, bewitched and excited his supporters, prompting them to overlook his many transgressions. So, even as Trump’s attacks on libs morphed into attacks on liberal democratic norms and institutions, his converts defended him, even turning on fellow conservatives who expressed dismay and alarm.

This is terrible news for restoring the health of not just the GOP but America’s battered liberal democracy. Daniel Ziblatt, in Conservative Parties and the Birth of Democracy, examined the historical record for lessons on why some countries successfully managed to transition to democracy while others lapsed into authoritarianism. The predominant variable he identified was the posture of conservative parties at critical moments. These parties typically represent status quo interests. When they think they have a shot at securing these interests via democratic means—like the British Tories in the late-nineteenth century—they buy into liberal democracy. When they believe these interests will lose out to the forward march of leftist reform or revolution, they jettison liberal democracy, as happened in Germany and Italy after World War I.

That logic is playing out in conservative America. It’s not just liberals who feel that history is against the conservatives; conservatives do too—or did before Trump. They have watched liberal democracy’s promise of equality being extended in extraordinary ways by progressives—gay marriage, racial preferences, sex-difference denialism, transgender rights, proliferating pronouns—upsetting natural or traditional arrangements and concluded that the deck is stacked against them. Hence, if defeating the liberal enemy requires defeating liberal democracy itself, then so be it.

This is profoundly wrong.

There is no doubt that the country is in the middle of a recalibration of cultural norms—part overdue, part excessive. But conservatives are not losing every battle. To the contrary, as David French has argued, American liberal democracy has handed conservatives powerful tools to fight leftist excesses. Religious conservatives, the group that feels most embattled, have made solid gains in advancing their liberties in recent years. For example, religious institutions can now deploy a religious test to hire likeminded employees, religious educational institutions enjoy special exemptions from federal Title IX rules to maintain their traditional practices regarding gender-segregated dorms, and religious charities have equal access to public funds.

If liberal democracy is to survive in America, conservatives will have to learn to accept their victories—not just stew over their losses. Right-wing radio will need to consider a new narrative based not on the politics of outrage and resentment but of success, one that emphasizes how America’s constitutional traditions can and do deliver for them. Conservatives will have to recognize that they don’t live in a flimsy liberal democracy like Weimar’s that can be blown over by any passing leftist gale, but a sturdy one built brick-by-brick over two centuries. In short, they’ll have to act like true conservatives and not get panicked into the arms of a false savior.

Shikha Dalmia (@shikhadalmia) is a writer living in Washington, D.C. and a columnist at The Week. Arthur M. Melzer is professor of political philosophy at Michigan State University, where he is also co-founder and co-director of the LeFrak Forum on Science, Reason, and Modern Democracy. 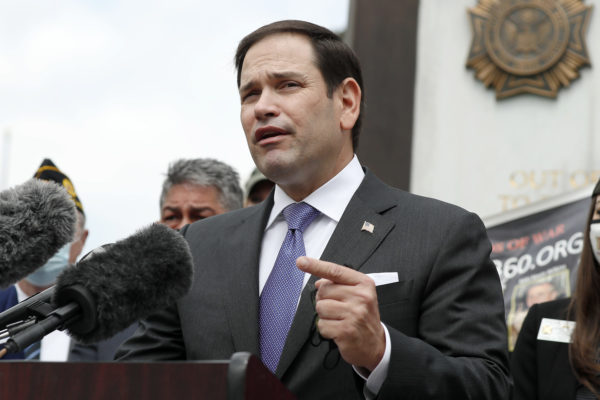 What We Lost When the GOP Lost Itself

The Party of Violence