Here’s How the Texas GOP Wants to Restrict Voting

Plus, an underappreciated aspect of the troubling new Georgia elections law.
by Kimberly Wehle
Voters in Texas during the presidential primaries on Super Tuesday in March 2020. (Photo by Suzanne Cordeiro / AFP / Getty)
Share on Facebook Share on Twitter Share via email Print

Last year, nearly every state took steps to make it easier for eligible Americans to vote during the pandemic. But this year, Republican lawmakers across the country are unabashedly working to confine the franchise. As of late March, the Brennan Center for Justice counted 361 restrictive bills introduced in 47 states. Five are already law, including Georgia’s controversial omnibus overhaul of its election system.

Texas stands out as the state with the largest number of restrictive proposals, with a whopping 49 bills pending—including measures limiting absentee voting, requiring stricter IDs, and cutting back on early voting.

Anyone, no matter where on the political spectrum, who cares about our democracy—about preserving government by “We the People”—should be worried by these provisions that would inhibit convenient voting. But the darkest stuff might lie elsewhere: in changes to who in government gets to control elections.

In 2020, turnout in Texas was the highest in nearly three decades. In Harris County, which includes Houston, local officials introduced drive-thru voting (DTV) to address COVID-19 concerns, along with 24-hour voting, innovations that together prompted the county to break its all-time voter-turnout records prior to election day. The GOP has since introduced a series of bills that would restrict the power of local election officials to take similar steps in the future.

The most prominent proposal is Texas Senate Bill 7 (SB 7), which would cancel DTV, make it illegal for election officials to send out unsolicited vote-by-mail applications to qualified voters, require absentee voters with disabilities to provide written documentation (from a physician or other authority) of their conditions, ban the use of unstaffed dropboxes, limit early and curbside voting (which especially aids disabled voters), and restrict the means of voter assistance. SB 7 also seeks to penalize election officials with fines for not purging voters from the rolls. And it would lift anti-intimidation restrictions by increasing partisan poll watchers’ access to polling locations and authorizing video recordings of voters receiving assistance if a poll watcher “reasonably believes” something unlawful is happening. (A similarly controversial Texas bill, HB 6, would further strengthen poll watchers, but that bill has not progressed as far in the legislature.)

SB 7 passed the Texas Senate along party lines early this month. At a hearing on the bill, Carol Alvarado, a Democratic state senator from Houston, noted that more than half of the votes cast via DTV and during extended hours were estimated to have come from black and Hispanic voters.

Dell and American Airlines—big employers in Texas—have publicly criticized the state’s voting bills, but just last week, Republican Lt. Gov. Dan Patrick claimed at a press conference that “Senate Bill 7 is about voter security not about voter suppression, and I’m tired of lies and the nest of liars who continue to repeat them.” He pointed blame at “the left, the Democrats, many in the media, some in this room, across the state, across the country.” Patrick is a peddler of the Big Lie who offered up to a $1 million reward in November for tips on voter fraud, announcing “I support President Trump’s efforts to identify voter fraud in the presidential election.”

Georgia’s similar, 98-page package of revised voting laws, which that state’s Republican governor, Brian Kemp, signed into law on March 25, 2021, has also been sharply criticized for, among other things, limiting absentee voting by requiring stricter IDs with absentee ballot applications (rather than just matching signatures), narrowing the time for applying for absentee ballots, barring election officials from sending out ballot applications absent specific requests, restricting access to dropboxes (which weren’t available at all prior to the pandemic), reducing early voting, disqualifying provisional ballots cast in the wrong precinct, and putting non-poll workers at risk of a year in jail and $1,000 fine for giving snacks and water to voters waiting in line.

The Georgia law also enables “mass challenges” to voter eligibility, whereby—much like the Trump campaign and Republican lawmakers repeatedly attempted in the aftermath of Joe Biden’s victory last November—a person can ask a county clerk’s office to remove an unlimited number of voters from the polls for alleged “ineligibility” to vote. (Experts opine that this part of the law might violate the National Voter Registration Act—the 1993 federal law better known as the Motor Voter Act.)

The Metro Atlanta Chamber of Commerce, Delta Airlines, and Major League Baseball have all come forward to condemn that state’s new law—which in turn prompted Mitch McConnell to hypocritically criticize corporations for getting involved in politics. Yet in March, Mississippi Secretary of State Michael Watson, a Republican, offered an explanation for opposing laws easing ballot access: “Think about all those woke college and university students now who will automatically be registered to vote. . . . You’ve got an uninformed citizen who may not be prepared and ready to vote. Automatically, it’s forced on them: ‘Hey, go make a choice.’ And our country’s going to pay for those choices.”

To be sure, some studies suggest that laws increasing ballot access may not meaningfully impact voter turnout among likely voters. Moreover, some portions of the Georgia law may actually help voters by, for example, mandating a minimum number of dropboxes and adding a day of early voting in many rural counties.

Instead, the Georgia law’s most troubling element is one that has been relatively overlooked: The state’s general assembly will now select the chair of the state election board. To date, the board has been chaired by the secretary of state—an elected position that, in terms of its executive responsibilities, is designed to be nonpartisan. The state election board can investigate county election boards and suspend superintendents for perceived improprieties. Recall that Brad Raffensperger, the Georgia secretary of state and a Republican, refused to distort the results of the 2020 at former President Trump’s (possibly unlawful) request. Next round, a partisan request to tinker with the popular vote count might just work under the new law, as Republicans have firm majorities in both houses of the Georgia state legislature.

Keep in mind, too, that under the arcane Electoral Count Act of 1887, if vote counts are particularly close, state legislatures could invoke a part of the law that may allow them to choose an alternative slate of electors on the rationale that an election has “failed.” What this means is that, if a future presidential election produces a razor-thin margin for a Democrat in Georgia, the Republican-controlled legislature could try to cancel the popular vote and pick the Republican candidate in a shameless power grab. To make matters worse, under the language of the Constitution’s Elections Clause, lawmakers might find allies on the newly configured 6-3 conservative majority on the Supreme Court if such a maneuver were to wind up in litigation. In a failed Republican bid to persuade the Court to stall Pennsylvania’s ballot-counting in 2020, Justice Samuel Alito warned against rendering “the provisions of the federal Constitution conferring on state legislatures, not state courts, the authority to make rules governing federal elections . . . meaningless.”

It’s a sad reality that the Republican party is no longer even pretending to justify voter restrictions based on elusive fraud—that horse was beaten to death in the dozens of failed lawsuits following the November election. Nor is the GOP aiming to strengthen its influence by expanding its base with attractive policy initiatives and reforms. There is only one major political party left in America that is committed to a representative democracy. The other is stealthily lobbying for a different kind of government altogether—and it’s an ugly one. 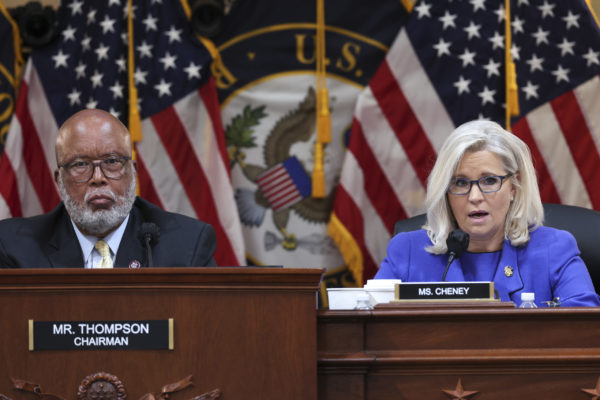