How the American Dream Became a Political Cudgel

And how it makes it harder for us to have serious policy debates.
by Theodore R. Johnson
Queue of black residents of Louisville KY waiting for distribution of relief supplies during the 1937 Ohio River flood; photo by Margaret Bourke-White (Public Domain)
Share on Facebook Share on Twitter Share via email Print

Few phrases resonate in our national culture as much as the American Dream. It embodies what has long been a central doctrine of our people: If you can envision something, then with hard work and a dash of good luck, you can attain it. In this conception, opportunity is an American birthright for the enterprising, and economic security and prosperity are its predestined offspring. And as such, the role of our democracy toward this end is to do two things: remove barriers that prevent us from reaping the rewards of our work and ingenuity, and ensure fair rules and relatively stable conditions attend our pursuits of happiness.

The power of the American Dream as a trope about the future has also made it a potent political weapon for partisans claiming that the Dream itself is now a thing of the past. As Jazmine Ulloa recently noted in the New York Times, each of the parties has been accusing the other of turning the Dream into a nightmare. “The American Dream is dead! And [conservatives/liberals] killed it!” is a familiar refrain in stump speeches and media buys.

Most interesting, though, is that Ulloa notes how Republicans of color, many of them first- and second-generation citizens, are increasingly featuring the American Dream in their electoral campaigns. They cite the importance of self-determination, opportunity, and economic security in an appeal to attributes of America that immigrants and historically marginalized groups have long treasured. And then, in the very next breath, they cite the American Dream to attack Democratic social policy and label the left a horde of citizen ingrates. Suddenly, Dream killers become anyone who doesn’t support the Big Lie, who opposes building a border wall, who disagrees with critical race theory witch hunts in public schools, or who fails to co-sign various Trumpist anti-democratic activities. These MAGA Republicans conflate the Dream and its universal, welcoming appeal with a divisive and revanchist illiberalism.

The political weaponization of the American Dream—by either side in our politics—also poses another problem: It merges foundational but distinct concepts central to the American way of life in harmful ways, thereby undercutting our ability to have meaningful conversations about policy differences.

In this approach, capitalism and American democracy are discussed as if they’re inextricably entangled, such that support for regulated markets or tax breaks for corporations are both caricatured as anti-democracy policies that fuel either socialism or an illiberal oligarchy. Opportunity and justice are collapsed into a single thing, where some view a just society as one in which opportunity (and perhaps even outcomes) should be more equal while others believe a just society is one in which the cream rises to the top. Freedom and prosperity? No difference, really. The important distinctions and tensions among these concepts all get blurred, and the American Dream becomes a policy catchall—a proxy for “government should do what benefits me and my group; to hell with everyone else.” Debates about liberal democracy get buried in disagreements ostensibly about economic policy. The rights and privileges of citizenship get commoditized. We become a nation of citizen consumers—a term coined by historian Lizabeth Cohen, in which (as she puts it) “Americans are asking of the public domain, ‘Am I getting my money’s worth?’ rather than ‘What’s best for America?’”—but the Black Friday variant.

In important respects, this challenge is as old as the nation itself. The Declaration of Independence may have set forth the lofty democratic ideals on which the nation was founded, but most of the document is a list of grievances largely related to economic matters—property, taxes, trade, and a system of government that refused to address complaints related to those issues. Our country has mixed our individual economic prospects with a human rights orientation since its inception. I think of this as the commingling of the American Dream (which is about upward socioeconomic mobility) and the American Promise (which is about equality, liberty, and justice).

And the enmeshing of the American Dream and American Promise has repeatedly emerged as a factor in our domestic political problems. A century ago, W.E.B. Du Bois and Booker T. Washington engaged in a historic debate over whether economic or democratic principles should be prioritized to secure civic equality. Du Bois insisted that focusing on collective political action and a liberal education was the proper approach to fully integrate black people into America’s democratic society. Conversely, Washington insisted that self-determination and economic self-sufficiency was the better way forward, rationalizing in 1895 that “No race that has anything to contribute to the markets of the world is long in any degree ostracized.”

But the Dream and the Promise are not the same thing, and blurring the distinction between them can be risky. Yet, that seems to be exactly what’s happening: When partisans today lament that the American Dream is dying or is dead, they are not really saying that opportunity has dried up or that hard work has lost its cachet but that they disapprove of how government is working and whom it advantages. To be labeled an enemy of the Dream is to be chastised and shut down for having a different vision for democracy in America.

To put it another way, the conflation treats our nation’s principles as finite resources, prizes in a zero-sum game—your equality detracts from mine, your freedom infringes on mine, your participation in democracy weakens mine. This would not be a problem if the partisan use of the Dream today were a substantive conversation about the best ways to grow our economy and ensure more equal access to opportunity. Instead, in our intensely polarized politics, the Dream is treated not as the unifying symbol that it has been but as a tool of division—yet another example of an idea or symbol with the power to unify us being hijacked to divide us. Everything that makes a diverse people capable of a shared identity is commandeered to divide; every debate, existential.

And the effects are corrosive, touching every issue. One’s position on the White House’s plan to forgive student loan debt is used to attack their faithlessness in the Dream or their desire to hoard it for themselves. On immigration, “They took our jobs!” devolves into genocidal conspiracies like white replacement theory. Public health plans to protect people from a once-in-a-century viral pandemic are offered as proof that government wants to destroy your liberty, insisting on killing individualism and economic self-sufficiency. Nothing is immune.

The American Dream is not dead, but liberal democracy is on the ropes. Distorting the Dream in the self-interested pursuit of power not only demeans one of the most important and inclusive ideas to come from America, it hurries along the deterioration of the last best hope of the earth. 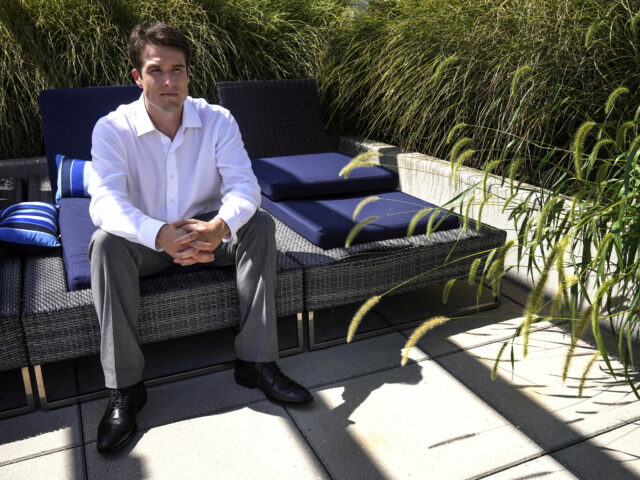