A hurricane doesn’t really begin until after it ends. It isn’t until we see the first light the morning after a storm rages that we look at each other and we say, “Day One.” Day One is when you unlatch your hurricane shutters and you walk outside and you get to see for the first time what all of the howling wind and relentless rain left in its wake. It’s when the majority of your preparation kicks in. And we prepared. A lot. Because we know the drill.

I live in New Orleans, in a neighborhood called Tremé, which is right at the bottom of the bowl our city naturally forms. I live in a single shotgun house built in the 1890s that shakes when a school bus drives by but has survived countless storms, so my plan for Ida was to ride it out in my house alone with my dog and my friend’s dog that got left behind. I couldn’t imagine evacuating with two dogs—one (not mine) super unruly—and although Ida was strengthening, she wasn’t coming straight for New Orleans and she wasn’t coming up the Mississippi River like Katrina had, so I felt okay with my decision. Plus, my parents were staying, and as the only kid in our family still living in New Orleans, I didn’t want to leave them behind. Although I couldn’t ride it out with them because of the dogs, I wanted to be close in case they needed me after.

I spent the day before Ida—Saturday, August 28, a lifetime ago—preparing my house, along with the houses of my friend and a neighbor, both of whom were out of town. I brought inside all the lawn furniture I could, and for the rest I flipped the tables upside down and wedged the chair legs underneath so they wouldn’t become dangerous flying missiles in the middle of the storm. I have a raised house—most of us do here in New Orleans—so I put my patio umbrella under there, weighed down by a ladder. I took the lid off my barbecue pit and shoved it between two outdoor shelves so it wouldn’t go anywhere, weighing down the actual barbecue pit with a heavy planter. I put all my gardening tools away and took my most precious plants inside—really just the crown of thorns I inherited from my grandparents. The only thing I left free and open was the statue of Mary that used to reside over my Maw Maw’s garden and now resides over mine. Maw Maw always left her out, and although that didn’t protect them from getting water in Katrina (or Camille or Betsy for that matter), I figured I should probably try and have faith in something.

I filled my tub with water so I would be able to flush my toilet in case we lost water pressure afterwards. I brought inside the last two water deliveries—two five-gallon jugs of water—so they wouldn’t float away. I secured my garbage cans so they wouldn’t tip over and my bags of dog poop wouldn’t float down the street to have to be picked up by another neighbor a couple of blocks down. I filled up the car with gas. I tried to go to the grocery store, but I had waited too long and it was packed, so I just ransacked the pantry and fridges of my neighbor and friend who were out of town. I took all of their extra water and toilet paper. I gathered all of the flashlights, candles, and batteries I had and put them in a spot that was easy to access in the dark. I made sure the radio was charged along with my phone and my computer. I took my important documents out of the bottom drawer of my filing cabinet, and I took anything of sentimental value off the floor or the bottom shelf of my bookshelves. I brought my car to my aunt’s house in the suburb of Harahan because they hadn’t flooded in Katrina and kept my friend’s car with me since it was bigger and higher up. My neighbor parked it for me on Broad Street—higher ground.

Then I made sure I had the keys to my neighbor’s back house and did a trial run opening his back gate and door—I’m terrible with keys and locks—because he has a second-floor balcony and I figured if the water started rising, I could just run down with the dogs and any other neighbors I could grab, and we could wait it out there. Our street floods badly in just a regular rainstorm; in fact, both the mayor of New Orleans and the governor of Louisiana had surveyed my block in the aftermath of the 2016 floods, so I felt better having an “in case of rising water” plan, and my neighbor’s balcony was it, because I don’t have attic access in my own house, or a hatchet to cut my way up and out.

All that preparation may seem like a lot to you. Maybe it feels a bit dramatic. Overkill. But that is exactly why we—the people of Louisiana—win the resiliency awards, which is really no kind of award at all.

Nearly every single newscaster, politician, and well-meaning onlooker has at some point looked at us warmly and with pity and said, “The people of Louisiana are just so resilient.” Like it’s some sort of characteristic. A trait of integrity that we were lucky to be born with.

It isn’t. It’s a survival skill, a series of decisions. Me very awkwardly wedging a ten-foot ladder underneath my house isn’t a cute character trait I got from my parents, it’s a decision I made to survive. And on the eve of the sixteenth anniversary of Katrina, thinking about where I had been the Saturday before that storm—waiting tables in New Orleans, excited to start grad school at Tulane on Monday, with no clue that my life was about to change forever—I wanted to know for sure where I would go if the water started rising.

But when I tried to go to sleep on the eve of Ida, the storm kept intensifying, and the wind started picking up, and the rain started coming, and I knew that I didn’t want to ride out this storm alone. I packed up the dogs and all of my survival gear and headed to a nearby friend’s house the second the sun rose after a night void of sleep and full of panic.

We had a bet going about when the lights would go out and I lost—I had guessed 2:30 p.m., but they went out at 1:30 p.m., not long after we got word that the sewage system had failed and might back into our homes if overwhelmed. We stopped peeking outside to see what was going on because it was no longer safe with the flying debris, and I got under a blanket on the sofa, ducking down low enough so that if anything came crashing through the window behind the couch, it would clear my head. We heard an explosion and a popping noise only to discover an electrical fire raging right across the street; trees kept flaming up, only to be quickly blown out by Ida. I called 911, but the operator told me what I already knew—nobody could come out until it was safe.

And so, we waited. For a really long time. Because Ida slowed down to six miles an hour when she made landfall. And she didn’t dissipate as quickly as we had hoped. We listened to the radio and watched her trajectory as she shifted east and the eyewall crept closer to New Orleans, all of us cringing at the amount of time she spent over Houma. It went on for hours and hours, with the wind whistling and the steady sound of the radio on. Around 10 p.m., we got word of the downed transmission tower that connected New Orleans to all sources of external power. Not only had our neighborhood gone dark, the entire city did.

The wind finally stopped around midnight. The next morning, we all looked at one another and said, “Day One.”

On Day One, nearly one million people were out of power in Louisiana. Now, on Day Ten, hundreds of thousands of those people still don’t have power, with sweltering heat indexes nearing the triple digits.

And of those without power, many don’t have water or gas.

And of those without power, water, or gas, many no longer have houses.

We lucked out in New Orleans, and we know it. Don’t get me wrong—we are still in crisis mode because living without air conditioning in September in Louisiana is deadly and those of us who are lucky enough to have generators are struggling to find gas to run them due to a statewide fuel shortage—but we know how lucky we are that the levees held and we didn’t flood.

Two days ago, I went to a distribution center to help hand out food, water, supplies, and tarps to more than five hundred people in need—just one of many distribution centers around town—and whenever I asked anyone how they were doing, the response was the same: “I can’t complain.” Because we know from experience how much worse it could have been. And we know our friends and families in our neighboring parishes—the River Parishes of St. Charles, St. James, and St. John the Baptist, and all of the parishes down Bayou Lafourche—did not fare so well. They’ve lost everything and authorities don’t anticipate their power coming back on again until the end of the month.

A lot of people stopped paying attention when Ida didn’t turn into Katrina 2.0, but Louisiana needs attention and Louisiana needs help. We need the country to pay attention and do more than just ask why we live in a place so prone to natural disaster. That question is worthless. It is redundant. You might as well ask it of Philadelphia and New York and New Jersey, all of which also caught the wrath of Ida. One day soon you’ll probably have to ask it of yourself.

But by the time you have to ask it of yourself, I can only hope that your series of decisions aren’t as structurally limited as mine. I can only hope there’s more of a push to build our infrastructure to be resilient instead of demanding it of our people. Because continuously putting people in these situations—ignoring the effects of climate change, allowing our coastlines to recede at an alarming pace, and denying us functional infrastructure through failures to build and failures to maintain—and then patting us on the back because we survived again and praising us because we are just so gosh-darn resilient is disrespectful. And I don’t want you to have to endure that indignity as well.

The people of Louisiana are brave and joyful and loving and smart and resourceful. Those are characteristics that I am proud of and the reasons I know we will make it through this. Not because we are resilient, but because we are survivors.

Marcelle Beaulieu is a writer and a political communications consultant in Louisiana. Twitter: @MbeaulieuLA. 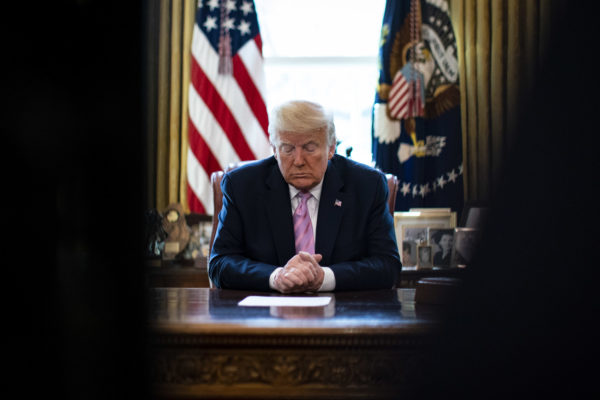 Untangling Faith and Love of Country 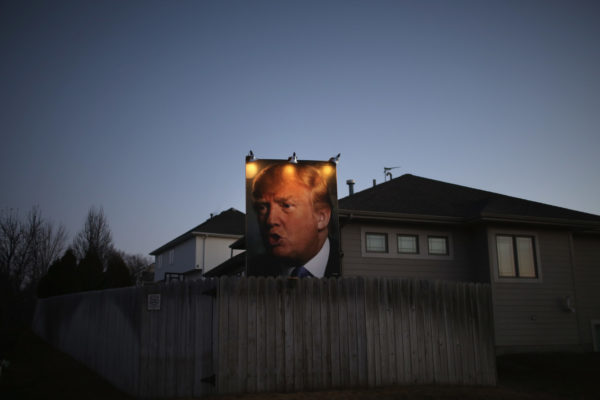 The Other Democratic Party

Stephanie Muravchik and Jon A. Shields 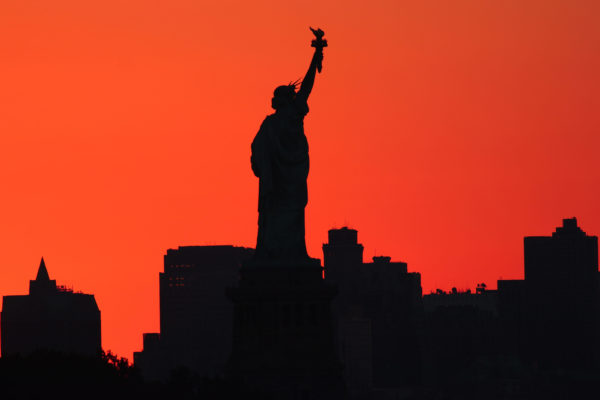 How 9/11 Changed America’s Relationship with the World