Is Joe Biden Charlie Brown with the Football?

This has been a tremendously frustrating end of the year for Democrats: The ugliness of the exit from Afghanistan, high gas prices, supply-chain complications, stubborn COVID variants, and concerning inflation rates have all but derailed much of the agenda that President Joe Biden and his party had hoped to accomplish with their majorities in Congress. And this past weekend brought West Virginia Senator Joe Manchin’s announcement on Fox News Sunday that he was officially a “No” on Biden’s Build Back Better plan.

Prominent Democrats erupted with condemnations. White House Press Secretary Jen Psaki published a scathing press release that accused Manchin of lying to the administration and misrepresenting his willingness to cooperate. Vermont Senator Bernie Sanders insisted that Manchin did not “have the guts” to stand up to special interests in his state, such as the coal industry.

But New York Rep. Alexandria Ocasio-Cortez offered a different angle in characterizing where her party is politically. She warned her followers on Twitter that this could be “a Charlie Brown moment”:

We, as always, are here to fight for this agenda. What matters most to us is that it gets done. But we cannot just shrug our shoulders and accept this as some Charlie Brown moment.

Our entire democracy is on the line. So we need to get back in there & get this sh*t done. Period

What this expression means and how it came to make sense in our modern political climate is revealing about the ways Americans digest politics.

Charles Schulz, creator of Charlie Brown and Peanuts, was once asked whether the new, explicitly political newspaper comic strips of the 1970s like Garry Trudeau’s Doonesbury were leaving Peanuts behind. Schulz insisted that the type of politics Trudeau did was easy: Just kick whoever is in the White House, point, and laugh. By contrast, Schulz believed that he addressed the politics of everyday life. His was, to put a label on it, a politics of empathy.

Thanks to fifty years’ worth of newspaper strips and a television special for virtually every holiday, generations of Americans can picture the frustration Charlie Brown has experienced in his failed attempts to fly a kite or win a baseball game or, perhaps most vividly, kick a football. What’s more, we can all empathize in one way or another with just how Charlie Brown feels. We have all gotten our hopes up—despite past evidence to the contrary—only to be devastated when the result turns out just as we should have expected.

We have all had a Charlie Brown moment or two.

Which brings us to the Democratic party’s Charlie Brown moment this Christmas. In the role of Lucy Van Pelt yanking the football away, AOC obviously casts Senator Joe Manchin, who has telegraphed his opposition to the Build Back Better plan for months now, but was willing to play along to get the infrastructure investments his constituents wanted from the previous bill. When that victory was secured, Manchin was more than happy to pull the ball away. 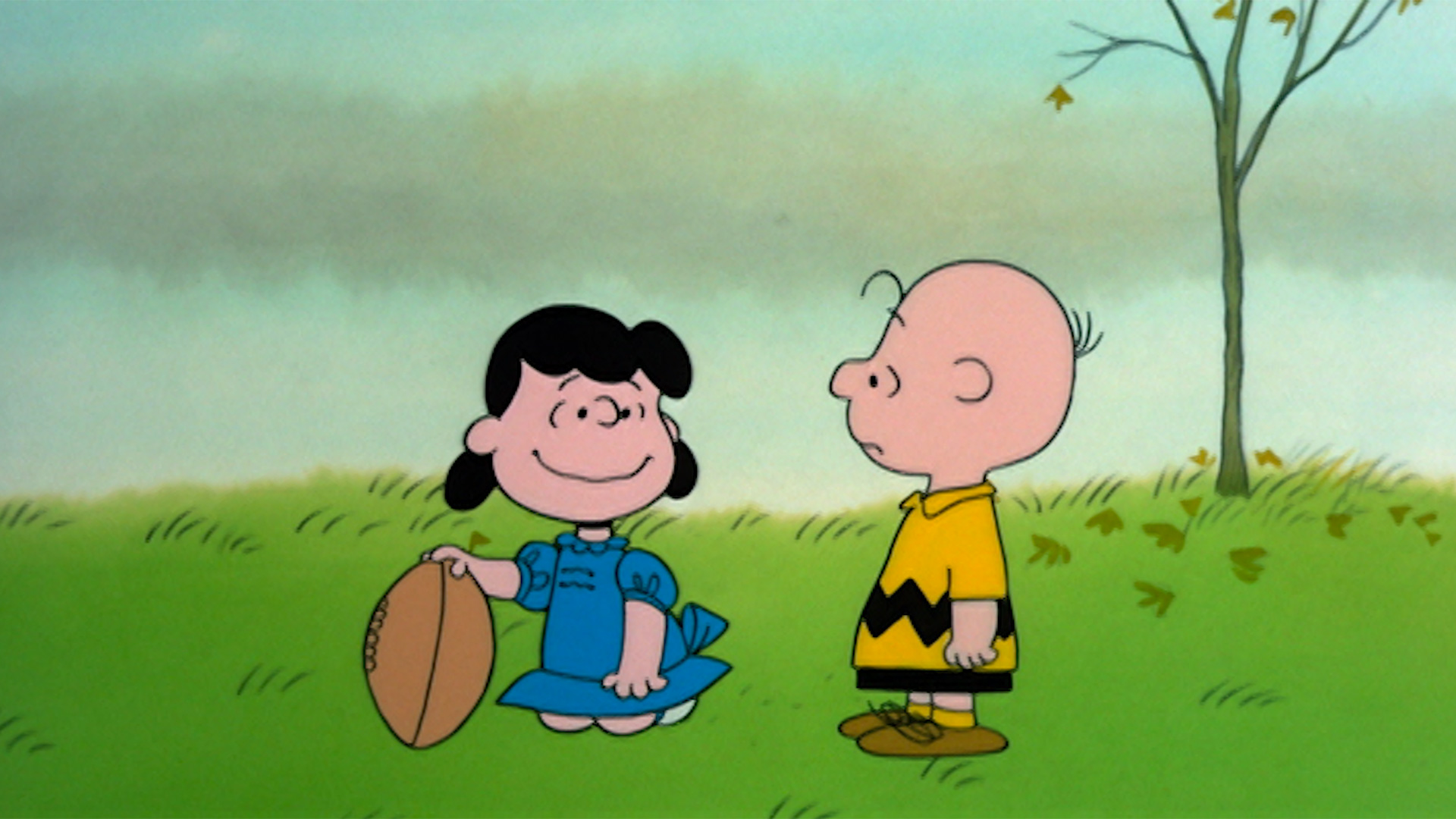 But which Democrats exactly played the part of Charlie Brown? The Democratic congressional leadership? They have approached the Biden legislative agenda with persistent optimism. Setting one deadline after another, only to have to move the vote at the last minute to avoid a more embarrassing crash, Democrats ran at the football like Charlie Brown, just without the squiggly yellow t-shirt.

Or maybe it’s the party’s progressives, like Ocasio-Cortez and Sanders, who are supposed to be Charlie Brown? Their instincts, as AOC pointed out on Twitter, told them that the centrists could not be trusted to narrowly pass a progressive policy agenda. But they nonetheless stayed in the game.

And then there is President Biden. Again and again, the White House assured congressional leadership and their caucus that the votes would be there to pass this bill. Passage in the House had never really been in doubt; the question was always whether every Senate Democrat would get behind the bill so it could pass with Vice President Kamala Harris’s tie-breaking vote. Jen Psaki’s aggressive response to Manchin signals just how betrayed the president feels.

President Biden is perhaps the biggest Charlie Brown of all.

During the holiday break, Democrats will have some time of time to figure out what to do next, as the calendar ticks over to an election year. Perhaps they will come to see that given the uncertain economic circumstances of the moment, defeat of BBB might have been a blessing in disguise. (In the comic strip, Charlie Brown found that defeats were temporary and there was always another opportunity to come up short.)

If Ocasio-Cortez—one of the youngest members of Congress—is turning to Peanuts for a relevant metaphor in the moment, even though there hasn’t been a new Peanuts strip in over twenty years, that suggests Charlie Brown is still a vital part of our culture. Moving forward, though, Democratic leaders have every reason to worry that their promises will sound to young progressives like the speech of the off-screen adults in the Peanuts cartoons: Wah wah wah!

Blake Scott Ball, the chair of the department of history and political science at Huntingdon College, is the author of Charlie Brown’s America: The Popular Politics of Peanuts. Twitter: @bsb1945.