The Ukrainian-American businessman, convicted last week of campaign finance violations, was in the background of Trump’s first impeachment.
by Kimberly Wehle
Lev Parnas walks into the Southern District of New York Courthouse on December 2, 2019 in New York City. A business associate of President Donald Trump's personal attorney Rudy Giuliani, Parnas accused of conspiring to make illegal contributions to political committees supporting President Donald Trump and other Republicans, and wanting to use the donations to lobby U.S. politicians to support the removal of the U.S. ambassador to Ukraine. (Photo by Scott Heins/Getty Images)
Share on Facebook Share on Twitter Share via email Print

Buried in last week’s news was the conviction by a Manhattan jury of Lev Parnas for arranging over $350,000 in illegal campaign donations to two pro-Trump super PACs and a Republican member of Congress in 2018. Parnas is a Ukrainian national who, according to former House Intelligence Committee counsel Daniel Goldman, resided “in the underbelly of the Ukraine story” that gave rise to Donald Trump’s first impeachment, and who operated as “[Rudy] Giuliani’s liaison to a lot of the significant officials in Ukraine.”

Giuliani, you’ll recall, was in 2018 and 2019 acting as Trump’s personal lawyer—or really more of a fixer. With an eye on the 2020 presidential race and the expectation that Joe Biden would be a serious rival to Trump, Giuliani sought to persuade Ukrainian officials in 2019 to open a criminal investigation into Biden and his son, Hunter Biden. The events culminated in Trump’s infamous July 2019 “quid pro quo” phone call with Ukrainian president Volodymyr Zelensky. Compared to some of the intervening political crises, Trump’s pressuring Ukraine to announce a criminal investigation into Biden seems almost quaint, but less than two years ago it led to his first impeachment on abuse of power charges.

Today, Trump seems more emboldened than ever to secure power—dangling the possibility of another presidential run in front of the slavering, sycophantic Republican party. Parnas, however, faces prison time. It is worth taking a moment to revisit the basis of the charges against Parnas—which did not arise from his dealings with Giuliani—as a reminder of the kinds of corruption that surround Trump.

Federal law bans foreign donations to campaigns, and also requires public reporting to the Federal Election Commission of contributions and expenditures made in connection with federal elections. The Department of Justice indicted Parnas and three co-conspirators—Igor Fruman, David Correia, and Andrey Kukushkin—for allegedly having made false statements to the FEC, falsified records, conspired to defraud the United States by using a phony corporation to make campaign donations and by wiring hundreds of thousands of foreign-sourced dollars through a bank account under Fruman’s control. The straw company was called Global Energy Producers, a purported liquefied natural gas import-export business that Parnas incorporated with Fruman around the time of their illegal campaign contributions on behalf of a Russian financier who sought political influence to further his business interests in the U.S. marijuana industry.

Correia—who also has business ties to Giuliani—pleaded guilty in October 2020. Last month, Fruman pleaded guilty to soliciting donations from a foreign national, but made no agreement to testify against the others as part of his plea deal. Parnas and Kukushkin pleaded not guilty to all the charges and on Friday they were convicted at trial.

In January 2020, Parnas told MSNBC’s Rachel Maddow that Trump “knew exactly what was going on” with Giuliani in Ukraine, and that former Vice President Mike Pence and Attorney General William Barr were also “in the loop.” In July of this year, new audio was leaked of a 2019 phone call between Giuliani, former U.S. Special Representative for Ukraine Kurt Volker, and Andriy Yermak, a senior adviser to Zelensky. In the forty-minute recording, Giuliani is captured saying: “All we need from the President [Zelensky] is to say, I’m gonna put an honest prosecutor in charge, he’s gonna investigate and dig up the evidence, that presently exists and is there any other evidence about involvement of the 2016 election, and then the Biden thing has to be run out.”

It should go without saying that it’s bad for the American system of government if a sitting president can use his unparalleled national security, law enforcement, financial, and diplomatic power to strongarm his way into more time in office. Yet that’s precisely what Donald Trump tried to do, and thus far there has been zero accountability for it. He was impeached, but Senate Republicans blocked his conviction. Far from distancing itself from him because of his Ukraine malversation, the GOP has stuck with Trump through the pandemic, through his attempt to steal the election, through the riot he incited at the Capitol, and through the first ten months of his conspiracy-theory-spreading ex-presidency.

And that’s just the old crowd. A younger generation of Trump-supporting Republicans, who have for the last five years seen Trump’s lies and corruption without punishment as the norm, is coming up behind them. This is the slate of villains, both familiar and new, who could be expected to populate a second Trump administration in 2025.

In an interview for my YouTube show SimplePolitics, Ruth Ben-Ghiat—a professor at New York University, author of the book Strongmen: Mussolini to the Present, and expert in fascism, global autocracy, and propaganda—described “a great sense of dread” watching Trump on the campaign trail back in 2015. Although “classic fascism is a one-party state with no opposition of any sort” that uses “a combination of propaganda and repression and corruption to rule,” she explained, to think of Trump’s initial entry into politics as fascism would be a mistake. Benito Mussollini led a democracy for three years, and only slowly chipped away at it over time. Said Ben-Ghiat: “Today, it’s incremental. . . . It’s evolution and not revolution.”

What she saw “very tragically” in four years of Trump was “a shift from a culture that supports the rule of a law to a culture of corruption, a culture that supports violence, and a culture that supports lawlessness basically. Because the essence of authoritarianism is getting away with things.” Time and again, conservative elites have looked at figures like Trump and thought “that they’re going to dominate and control this outsider, this hothead, and instead the opposite happens.” Likewise, Trump “got ahold of the GOP and they were ready for a person like him. And then he instituted a kind of an authoritarian-style party discipline.”

Ben-Ghiat mapped out the next stage of democracy’s death, whereby authoritarians populate government with “zealots,” “sycophants,” and “people who are going to do your bidding.” (“The Nazis and the fascists used to hire criminals,” she added, “because they were more easy to corrupt.”) Then, once they’re in power, “the law becomes weaponized by these modern autocrats. And they use less overt mass violence and more use of regulatory codes, fiscal codes, tax codes. So they have armies of lawyers working for them. And that’s how they get at their enemies.”

Parnas’s case—the sleazy corruption and foreign influence in U.S. politics—is a reminder of what Trump administration’s was. But it’s also a harbinger of what a second Trump term might be, if Democrats in Congress and Merrick Garland at the helm of DOJ don’t avail themselves of every ounce of political and legal capital to save democracy. The clock is ticking. 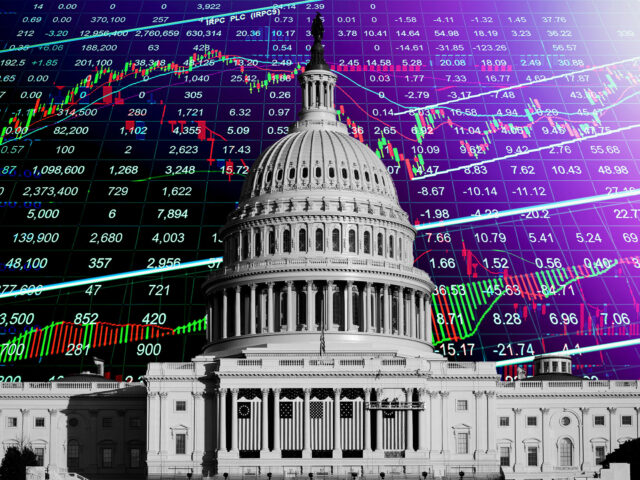 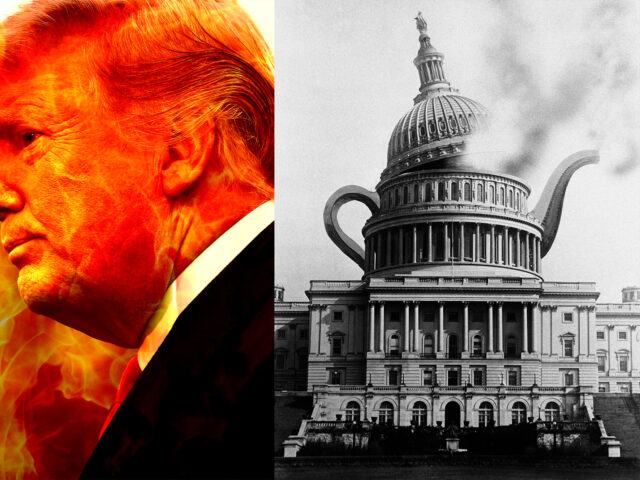 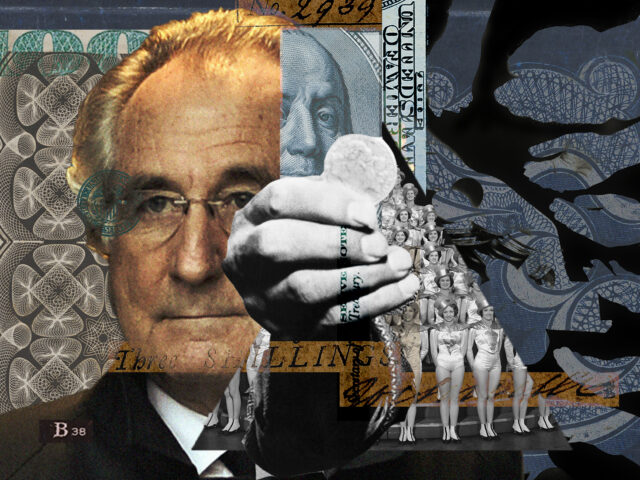