Quite inadvertently, Congressman Matt Gaetz (R-Trump) has stumbled onto something insightful. On Monday, as America absorbed the Die Hard cosplay from this couple in in St. Louis, Gaetz tweeted out his deep thought:

In Joe Biden’s America your job is illegal, you are locked in your home, borders don’t exist, MS-13 lives next door and the police aren’t coming when the mob arrives.

This is all of us. pic.twitter.com/qS5ZeZQyU8

The dunking commenced immediately. As it turns out this is actually not all of us, unless we are Brooks-Brothers-wearing Kens and Karens, living in a mock Renaissance palazzo mansion in a private gated community and look like utter idiots.

Despite the efforts to make the couple into MAGA heroes, folks who know things about guns were quick to point out that the McCloskeys’ handling of their weapons was sub-optimal. Check out the trigger and muzzle discipline for starters. We won’t even get in the tangled issue of the legality of brandishing weapons.

The image went viral, in part, because Donald Trump was aroused enough to retweet the picture of a white suburbanish couple pointing weapons at unarmed protesters. The day before, Trump had tweeted a video of a supporter shouting “white power,” so we know where the president’s head is at these days.

Gaetz undoubtedly thought he was simply amplifying Trump’s enthusiasm. But he also wanted to put the whole thing into context, and despite his mental midget-hood, succeeded, although perhaps not in the way he intended.

Gaetz’s peculiar talent is his uncanny ability to reduce MAGA memes to lowest-common-denominator cartoons. Who can forget this iconic moment, a hundred thousand deaths or so ago, when he showed up to vote on coronavirus legislation wearing a gas mask? Of such things are conservative rock stars made these days. On Monday, he was eager to insert himself into Trump’s LAW AND ORDER campaign. Thus the tweet. In Joe Biden’s America, he wrote, things would be awful. White people with guns, left alone to face angry mobs and Hispanic gangs. Look at this couple. This is you in Joe Biden’s America.

But, wait. We’re not living in Joe Biden’s America. This is Donald Trump’s America. And he was supposed to make us great, or keep us great, or maybe start transitioning us to greatness . . . or at least find someone to blame for the not-so-greatness.

Gaetz’s point: This sort of thing would never happen on Trump’s watch.

Except that this is Trump’s watch. MS-13 may not have moved next door to your renaissance palazzo, but the chaos, the burning, the division, the disease, the mass death, and the joblessness—it’s all happening under President Donald Trump.

So Gaetz has inadvertently stumbled on a crucial insight and highlighted the electoral challenge Trump faces as the incumbent.

Like Gaetz, Trump wants to paint a lurid picture of a dystopian future of a Biden-led America: riots, anarchists, caravans, and brown people behaving badly. Only a Trump presidency, he insists, can protect America to from the chaos that will be unleashed by . . . Joe Biden.

There are two obvious problems here: (1) Biden is just not that scary and (2) the chaos is already here.

Trump ran as the candidate who wold burn it all down, exulting in his role as arsonist-in-chief. But to win re-election, he has to run as the Great Protector, the I-Alone-Can-Fight-This-Fire-That-I-Started candidate.

Matt Gaetz just illustrated how hard that will be. 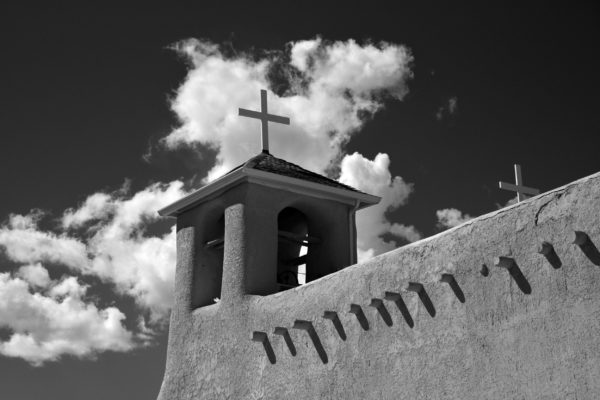