In January 2014, Nassir Geiger stopped at a McDonald’s in Northeast Philadelphia to say hello to a friend. He had no idea this brief visit would soon turn his world upside down.

Geiger’s friend had recently been arrested for drug possession. When Geiger drove off after their conversation, Philadelphia police pulled him over. He had no drugs in his car, but the officers found empty plastic baggies and used that as an excuse to seize Geiger’s car and $580 in cash. Geiger eventually got his car back, but the Philadelphia District Attorney’s Office permanently kept the cash using a practice called civil forfeiture, which allows police and prosecutors to keep money and property they suspect of being involved in wrongdoing without ever charging the property owner with a crime.

Sadly, Geiger’s story is not unique: not in Philadelphia, not in Pennsylvania, and not in other cities and states across the country. For decades, civil forfeiture has flipped the American principle of “innocent until proven guilty” on its head.

Until now, there have been no efforts to hear from the victims of civil forfeiture in a systematic way. But for a new report, “Frustrating, Corrupt, Unfair: Civil Forfeiture in the Words of Its Victims,” my colleagues and I at the Institute for Justice (IJ) surveyed over 400 Philadelphians who lost property to the city’s civil forfeiture machine from 2012 until the city modestly reformed its system in 2018 following a successful IJ class action lawsuit challenging the program. For years, the City of Brotherly Love had one of the most abusive forfeiture programs in the entire country.

We found the city’s forfeiture program disproportionately targeted disadvantaged communities. Two-thirds of victims were black, 63 percent of victims earned less than $50,000 per year, and 18 percent of victims were unemployed. Over half of the city’s seizures clustered in just four zip codes covering areas including Philadelphia’s Kensington and Port Richmond neighborhoods, two of the poorest neighborhoods in the city. For example, the 19134 zip code, where the median income is $19,000 lower than the citywide median, accounts for only 4 percent of the city’s population but a staggering 31.2 percent of cash forfeitures.

Our report also found that 58 percent of forfeiture victims were never given a receipt for their cash or other property when it was seized, and some victims who did receive a receipt—including Geiger—told us it didn’t match what was taken. After spending a night in jail, Geiger was handed a receipt for $465, not the full $580 taken from him. Without a receipt, it is virtually impossible to prove ownership of seized cash. Unsurprisingly, victims were eight times more likely to get their property back if they were given documentation at the time of the seizure.

The report highlights how the forfeiture process made it next to impossible for victims to recoup seized property. In the cases we studied, victims often had to attend multiple court sessions, where prosecutors—not judges—ran the show and defense lawyers were rarely present. Victims who missed a single court date were highly unlikely to ever see their property again. And attending these hearings was particularly difficult for the working poor who could not afford to take time off work to go to court. People earning less than $50,000 a year were 69 percent less likely to even try to get their property back, and employed people were 53 percent less likely to try.

Geiger’s case shows just how complicated the court process could be. He agreed to take a plea deal, at the advice of his court-appointed attorney, and was told if he paid $200 and completed 20 hours of community service his record would be clean. But this deal did nothing to get his car back. Without his car, his 10-minute commute turned into a 45-minute one that involved changing buses. So Geiger took out a loan to buy a new car. Proponents of forfeiture like to claim the tool helps police stop large criminal organizations. But Philadelphia’s forfeiture scheme was not going after high-level drug kingpins. Instead, it targeted low-level drug offenders and entirely innocent people, many of whom were too poor to fight back. The median seizure amount was $600, hardly the ill-gotten riches of someone running a criminal empire.

We also found that most victims were never proven guilty of a crime. Among the individuals in our survey who permanently lost their property to forfeiture, only 25 percent were ever found guilty of any wrongdoing. A majority—56 percent—were never even charged with a crime, and an additional 19 percent were charged but not convicted.

Thankfully, Philadelphia has reformed some of the worst aspects of its system. Yet the same civil forfeiture laws that allowed its abuses are present across the country. Over the past two decades, property forfeited from Americans has sent at least $69 billion to government coffers.

The perverse incentives that allow police and prosecutors to keep what they seize have made civil forfeiture into the behemoth it is today. But policymakers can curb these abuses by reforming state and federal forfeiture laws. To protect Americans from losing property unjustly, Congress and state legislatures must end civil forfeiture and the financial incentive that fuels it.

Jennifer McDonald is the assistant director of activism special projects at the Institute for Justice. 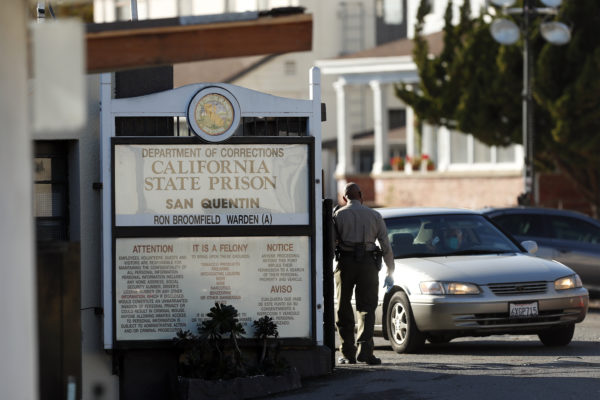