In his new book, Let’s Be Reasonable, Ursinus College political scientist Jonathan Marks aims to convince his fellow educators of the need to commit themselves and their universities a bit more forcefully, a bit more singlemindedly, to the fundamental goal of liberal arts education: the “shaping of reasonable people”—a better goal, he says, than merely “shaping people who deal well with complex ideas and situations,” or who know how to argue logically but don’t adhere to reason as an authority.

Marks’s argument is, fittingly, eminently reasonable. He rejects hyperbole in favor of what his own experiences working at small colleges like Ursinus and Carthage have taught him: Is far left-wing radicalism a problem on campus? Yes. Are most students far left-wing radicals? No. Do most students, when presented with the challenge to engage in reasoned inquiry, ultimately accept that challenge? Yes.

Marks notes that many universities have diluted the goal of liberal arts education with programs or policies on global citizenship, diversity, democratic values, and the like. These are fine, and often admirable, goals, he says, but they ought to be secondary ones.

The primary goal of higher education, Marks argues, drawing on John Locke’s arguments in Some Thoughts Concerning Education, is shaping students who come to see reason as an authority, as opposed to a mere tool. Students each come to college with their unique sets of lessons learned from divergent life experiences and moral and political convictions. Using philosophy, history, and literature, the liberal arts education introduces those students to an intellectual community that ponders fundamental questions—like what it means to be human, and how to live well and wisely together as citizens—and grounds its answers to such questions in reason. Life lessons and prior convictions need not be upended, but they are expected to at least bend a bit, perhaps a lot, when they conflict with the dictates of reason. This, writes Marks, is what it means to treat reason not as an instrument but as an authority. Universities are meant to be homes of reason’s authority in a world rife with passions, tribal attachments, and unbending orthodoxies.

To serve their purpose, universities must rediscover their faith in reason itself and their willingness to attach standards of shame to irrational inquiry and behavior. Marks argues that moral and philosophical relativism, coupled with the generally unscientific nature of liberal arts subject areas, have weakened our universities’ faith in reason itself. He laments the widespread “suspicion that reasoning isn’t reasoning if it can’t produce certainty.” But the existence of uncertainty does not mean that there is nothing there. The strength of arguments can be measured against standards of depth, clarity, and comprehensiveness. The truth of certain matters can be deduced without being quantified. And even the attempt to answer questions that cannot be settled in a definitive way can still be fruitful.

What does it take to seek after truth and bend to the dictates of reason? For one thing, academic freedom, an idea that Marks defends from some of its critics, including Patrick Deneen, the Notre Dame political philosophy professor who has become an outspoken critic of liberalism. It also takes a wariness on the part of universities toward topics that gin up passions that threaten to overtake students’ commitments to the authority of reason—including topics that are too heatedly political. By dint of their task of safeguarding and cultivating reason, universities should be wary of politics. Quips Marks: “Politics makes most of us stupid. It moves even those who aren’t stupid to say stupid things.” Indeed, says Marks, even The Federalist Papers, one of “the most rational interventions into politics ever written,” mischaracterizes its opponents’ arguments. Thus, “colleges and universities, if they are to be homes of reason, should be leery of politics.” Unfortunately, “they aren’t.”

To illustrate both these concerns—the need to protect academic freedom and to keep the universities out of politics—Marks digs into the campus controversies about the Boycott, Divestment, and Sanctions (BDS) movement, which he says “aims to redeem the world from the original sin of the establishment of Israel.” As its name makes clear, the movement’s aim is to push Western countries to disengage with Israel, which in the case of the universities generally means yanking from Israel any portion of their endowments invested there. Marks notes examples of “conspiracy-minded thinking” and “sloppy . . . reasoning” from the BDS movement, and says the movement is self-consciously “at war” with the universities, which it deems cogs of an “academic-military-prison-industrial complex.” When one is at war, one is quite willing to exaggerate, lie, misrepresent facts, and trample upon reason. What, then, are universities and academics to do? The answer certainly is not to kowtow to BDS and trumpet its propaganda, as the Association for Asian American Studies (among other entities) has done. But quashing the BDS movement isn’t the answer either; nor is countering BDS’s anti-Israel propaganda with pro-Israel propaganda. Instead, writes Marks, “we might try what many of us do best, namely, teaching.” In the face of propaganda, unbending ideology, or fanatical passion, academics ought to lay out the facts, follow the arguments, and trust that students are reasonable enough to come along for the ride.

Marks’s dual status as both a man of the right and a longtime academic positions him well to argue that universities must commit themselves more fully to the task of shaping reasonable people and that, despite their present flaws, all is not lost. Marks can speak both to university insiders and to their outside (often right-leaning) critics.

To the universities’ dominant bloc—left-leaning professors and students—Marks’s main message is to stand up against the far-left minority that sees the very concept of reason as a sham and the intellectual work of the university as more a manifestation of power dynamics and politics than the pursuit of truth. Building on survey data and his own experiences living and working in university settings, Marks argues that those who view the university more as a political platform than a resource for engaging in truth-seeking comprise a small, albeit vocal, minority of students, faculty, and administrators. The problem is that the vast majority of campus denizens simply “don’t want no trouble.” Thus, the activist class is often appeased rather than challenged, thereby leaving many conservatives with the misimpression that American higher education is nothing but a cabal of wokeness. It’s not. Marks cites a massive 2016-17 survey by the Higher Education Research Institute showing that only 13.8 percent of faculty at private, four-year colleges consider themselves “far left” (compared to just 10.7 percent who self-identify as “conservative”). Which is why it is incumbent on the dominant subgroup of the professoriate—the 24.5 percent who describe themselves as politically “middle of the road” and the 50.5 percent majority who call themselves “liberal”—to speak up a bit more.

And as they speak up, so too must conservatives quit “despairing” and casting off universities as mere tools of the left in our all-important and all-consuming culture wars. Marks writes that such hopelessness “is unwarranted,” as are critiques from the right of the university’s mission to cultivate reason:

Such lines of argument treating politics as solely about strength and power, and treating reason as nothing but a tool—Marks appropriately name-drops Thrasymachus—are wrongheaded whether they come from the left or the right.

To conservatives—in the American sense of the word, as George Will would say—Marks offers a compelling case for why the university’s mission of cultivating reason is so important: Because conservatism teaches that reason and its power to guide human behavior are fragile things. As such, an institution like the university tasked with safeguarding and cultivating reason is essential; it must not be neglected. To those conservatives who might be tempted by anti-higher-ed arguments, Marks writes: “We [conservatives] have a dimmer view than progressives do of reason’s power in politics. We’re convinced, with Locke, . . . that it requires uncommon effort and vigilance to establish and maintain a zone of rationality in an area crowded with natural and artificial obstacles to reasoning.” Marks adds that “the inclinations of our nature . . . put us in a position to become reasonable people, but they don’t make it easy.”

It takes work to inculcate the habits of reasoning well—the habits of bending to reason’s authority and feeling shame for failing to do so. Piecemeal, continuous effort in the interest of such a noble mission is required. Catastrophizing the situation won’t do. Rather, day by day, in classroom by classroom, Marks hopes that the habits of reasoning well will be strengthened—that liberal arts institutions will bind themselves a bit more tightly to their core mission of cultivating reason.

One way to think of Marks’s argument is as a contribution to the literature about strengthening American institutions. As scholars like Yuval Levin have been arguing of late, many American institutions have lost track of their purposes and are no longer achieving their particular ends and shaping the character of their members. Rather, they increasingly function as platforms upon which their members perform outrage or virtue and elevate their personal profiles. As institutions become performative rather than formative, the wider public rightly grows distrustful of them. Institutional decline quickens and coincides with widespread social distrust and alienation. Levin calls on Americans to recommit themselves to the institutions of which they are a part and their rightful roles within them.

By articulating the purpose of a particular institution, the university, assessing precisely how it is coming up short of its mission, and then advocating a variety of strategies to correct that deficit, Let’s Be Reasonable amounts to a roadmap for institutional revival.

Marks’s book also points toward why small-c conservative reform is needed in many other institutions as well. A central aspect of the conservative sensibility is an aversion to rash change and an openness to prudential reform. When confronting the issue of contemporary institutional decline, that sort of sensibility is invaluable. Our institutions are not yet completely lost to performativity; they are not yet entirely hollowed out. They simply need intra-institutional advocates like Marks who are willing to call out deficiencies and advocate a return to first principles and core missions.

“More of this, less of that” is a phrase that permeates Let’s Be Reasonable. Not “tear it down” or “blow it up.” More extreme and rash sentiments may make for better catchphrases, but they do not fit the reality of American institutions’ present imperfections. Mass overhaul is rarely needed. Instead, the good must be praised and accentuated and the bad must be excised. As we revivify America’s once-esteemed institutions, including our universities, let’s heed Marks’s advice. Let’s exercise prudence. Let’s be reasonable. 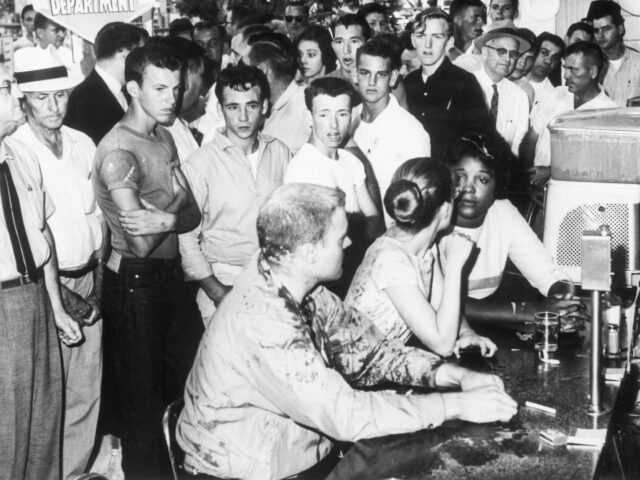 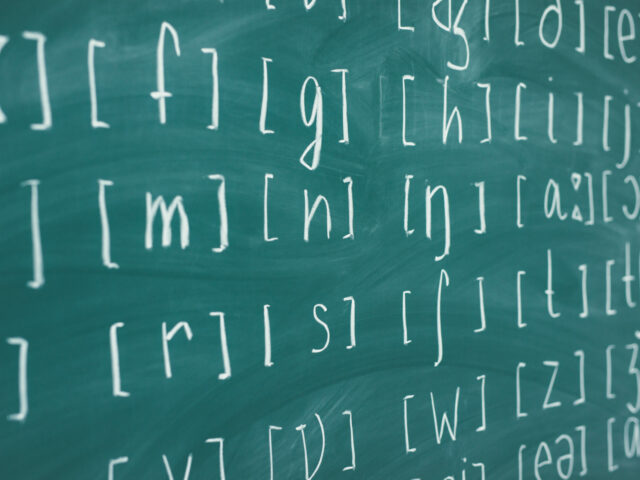 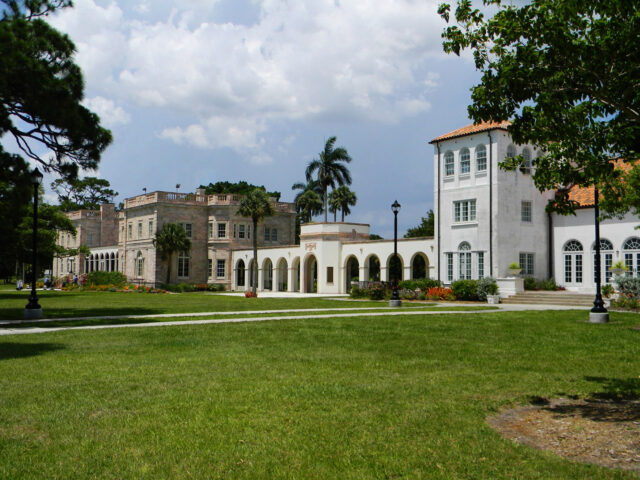