Should We Resume Nuclear Testing?

It’s time for U.S. nuclear strategy to recognize new realities.
by Shay Khatiri
(Original Caption) Shasta, 12th full-scale nuclear detonation of Operation PLUMBBOB, was fired from a 500-foot tower in Yucca Flat on August 18, 1957, after 19 postponements from a ready date of July 30. (Photo by © CORBIS/Corbis via Getty Images)
Share on Facebook Share on Twitter Share via email Print

Last Friday, the Washington Post reported that the U.S. government was considering resuming the testing of nuclear weapons, which has been on pause since 1992. Anything that involves nuclear weapons or the Trump administration is always controversial. The combination of the two is, well, explosive.

Tommy Vietor, an Obama PR flack turned podcasting hack, called the idea nuts. So did Hans Kristensen, a project director at the Federation of American Scientists, in a one-sided Guardian article. The Post’s original report also quoted Kristensen, as well as Daryl Kimball, the executive director of the Arms Control Association. Neither report quoted any supporters of the move, plenty of whom exist outside the MAGAverse.

Before answering this question, let’s have a little refresher on nuclear weapons technology and strategy.

Nuclear tests exist for several reasons. The first is to ensure the safety and reliability of our nuclear weapons. We don’t want our nukes to detonate where they shouldn’t—that’s what we mean by safety. And we want to make sure that they do detonate where we need them to—that’s reliability. There are two main types of nuclear delivery systems: gravity bombs and non-gravity bombs. (For the purposes of simplicity, we can set aside less common delivery systems, such as mines and nuclear munitions.) Gravity bombs are those that you drop out of a plane. Non-gravity bombs are delivered by a missile, mostly cruise and ballistic; these could be launched from air, land, and sea (the “nuclear triad” that candidate Trump was unaware of back in 2015). Different temperatures, altitudes, pressures, speeds, and other conditions risk unintended detonations of nuclear weapons. It is to make sure that both the “physics package”—the nuclear warhead proper, the part of the weapon that detonates—and the delivery system meet our requirements for safety and reliability that we have nuclear testing.

Since the end of the Cold War, nuclear weapons were largely left out of successive U.S. administrations’ national security strategies, and most of the conversation around nuclear weapons focused on reduction and nonproliferation—important subjects in their own right, but very different. With no tests conducted for nearly three decades, we don’t know the extent to which the components of the weapons in the U.S. nuclear stockpile have degraded. So, for the sake of safety and reliability, a return to testing can help us assure that everything is in working order.

A second reason we might think of is psychological. Nuclear tests are a demonstration of resolve. States test nuclear weapons to demonstrate not just technical capacity but also the political will to use nukes in a conflict. This makes tests a valuable tool of deterrence.

The Cold War is recalled as “the nuclear age” because of the large impact of nuclear weapons on the great power rivalry between the United States and the Soviet Union. Recently, that terminology in the international relations literature has evolved to “first nuclear age”—an acknowledgement that the return of great power competition has again made nuclear weapons relevant.

The United States is a party to several bilateral and multilateral nuclear arms control commitments. These commitments include presidential pledges, signed agreements, and ratified treaties. Except for the 2010 New START with Russia, all of these commitments are either from the Cold War or a result of the post-Cold War hopes for a liberal Russia. With the return of the great power competition and the exposure of that hope as a mirage, most (but not all) of these treaties are outdated since China is not a party to them and Russia is out of compliance with several of them. In other words, these policies were adopted with U.S.-Soviet competition in mind or with a liberalizing Russia in mind—situations in which “trust, but verify,” the old Russian adage that President Reagan loved to quote, was still tenable. They did not take into account an illiberal, post-Soviet Russia or any U.S.-China concerns.

The 2020 Compliance Report, produced by the Department of State and reported to the U.S. Congress, states that Russia is in violation of a variety of these agreements. The biggest issue was the 1988 Intermediate-Range Nuclear Forces (INF) Treaty; mounting Russian violations in recent years were the primary reason the Trump administration withdrew from that treaty in 2019. But there was also a Chinese consideration in the Trump administration’s actions. The INF Treaty was bilateral between the Soviet Union and the United States and thus didn’t prevent other countries from developing intermediate-range nuclear missiles, and China has been taking advantage of that. In the Sino-American competition, it was unilateral disarmament.

With the INF Treaty now dead, the only other bilateral nuclear-arms treaty between the U.S. and the USSR still on the books is the Threshold Test Ban Treaty, which prohibits tests with yields greater than 150 kt (kilotons equivalent of TNT). Again, the treaty does not put any limits on China, and China “maintained a high level of activity at its Lop Nur nuclear weapons test site throughout 2019,” according to the compliance report.

At least based on what we know from the compliance report, it seems clear the argument that nuclear testing would be a provocative move by the United States is upside down: It is the United States that is being provoked here.

But the report suffers from a significant credibility problem. Its full text remains classified—likely for good reasons—and it is safe to assume that if the full report were politically cooked, that fact would have been exposed by now through leaks. Nevertheless, credibility is a problem for an administration that nobody believes except its fervent supporters. As the Post correctly observes, the administration has claimed treaty violations but not provided any evidence. This is an obstacle the administration must overcome.

How should we think about the size and composition of the U.S. nuclear arsenal? Today, the United States has about 1,750 deployed nuclear weapons, with an additional 2,050 in the active stockpile, and several thousand more being slowly dismantled.

All nukes are not created equal. Fat Man and Little Boy, which dropped in Japan, had yields of 21 kt and 15 kt, respectively. The B53 thermonuclear bomb—the most powerful nuclear weapon the United States had in its arsenal, until its retirement in 2011—was about 430 times larger than Fat Man. If the United States ever has to threaten an adversary with nuclear weapons over the safety of an ally during peacetime (as Presidents Truman, Eisenhower, Kennedy, and Nixon all did) it is much more believable to threaten them with a low-yield bomb than a thermonuclear one. That is also true of escalation during wartime. Escalation dominance means an absolute advantage to win the war if it is escalated “vertically” (horizontal escalation is escalating to other territories, and the vertical one is escalating the level of violence) because one’s lethal power on the next step is dominant.

Currently, the United States has rough parity on high-yield nuclear weapons with Russia. On low-yield side—the so-called non-strategic nuclear weapons (NSNW)—Russia has a huge advantage. While the United States maintains fewer than 500 NSNWs, Russia’s stockpile reaches 1,850 ready-for-use NSNWs. This disparity is due to the fact that, in recent years, Russia’s budgetary shortcomings have prompted Putin to turn to low-cost strategies, and NSNWs are much cheaper to develop and maintain—and much scarier—than conventional power. This means that, be it in peacetime or wartime, Russia can threaten the United States with NSNWs, and the two options available to the United States are escalation to thermonuclear war or surrender.

The nuclear hibernation age is over. A new age of nuclear competition is upon us. We can either get ahead of it, or we can fool ourselves into believing that we can prevent it—the kind of mistake that we made with China, Putin, and Iran, thinking that with the right strategies, we could make them responsible stakeholders of the liberal world order.

If the COVID-19 pandemic straitens the budgets of Russia and China, that could encourage them to develop more nuclear weapons—since investing in nukes provides enormous deterrent and coercive power at a low relative cost. This might be a consideration for the Trump administration, as well—although, even before the pandemic, the Trump administration informed the world of its intention to develop new NSNWs in its 2018 Nuclear Posture Review.

Great power competition has made nuclear weapons relevant again. The Russians and Chinese are aware of this. If we are going to think clearly and realistically about the world we live in, the least we can do is to make sure that our nuclear arsenal functions properly while letting our adversaries know that we consider these dread weapons an active and necessary tool of the defense of the free world. 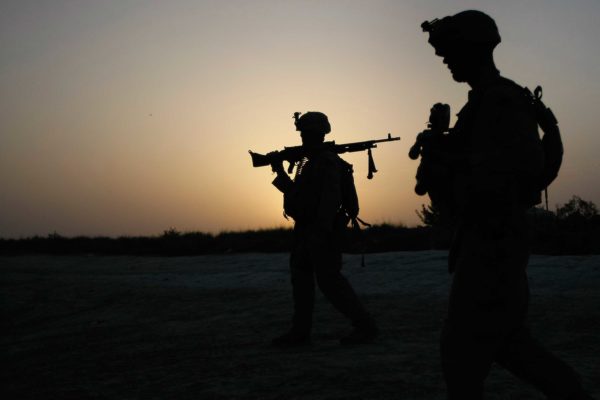 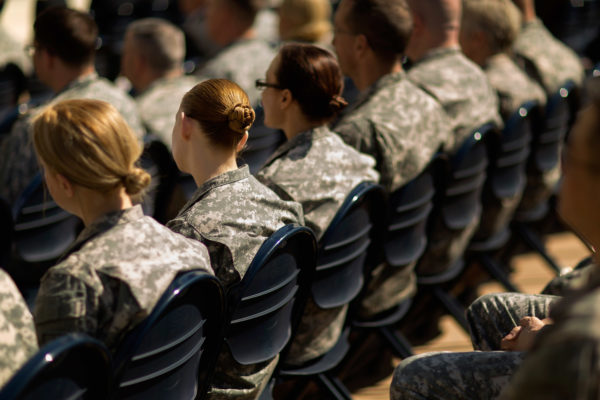 Women and the Draft: The Latest in a Long Line of Clashes Over Conscription