So Now Pictures of Chinese Takeout Are Racist

What’s wrong with this picture? No, seriously. Like a #Woke version of “Where’s Waldo?” there is something (allegedly) offensive on this Boston Herald front page. Can you find it?

Maybe the backstory will provide a clue.

Last week the Boston Herald—the scrappy broadsheet where I write a weekly column—broke the story that Massachusetts’ Democratic-controlled legislature ran up a $4,745 Chinese takeout bill during their recent late-night budget negotiations. And, being politicians, they stuck taxpayers with the bill.

The Herald used the story as a hook for a bigger battle they’ve been waging against government secrecy. They want the state to end its current policy of exempting the legislature, the governor’s office and the judiciary from public records laws. “The exemptions make Massachusetts the only state in the nation with such blanket protection,” the Herald reports.

When Republican Gov. Charlie Baker defended both the $5k takeout bill and the lack of transparency, the Herald put that story on the front page. Like most broadsheets, the Herald’s known for its colorful and provocative covers. They took the Chinese food angle, added a reference to Charlie Baker’s unusual height (at 6’6” he’s in Bill de Blasio territory), and the result is that front page.

“Against the backdrop of a nation grappling with a history of systemic racism … it is offensive and irresponsible that a major Boston publication would feature a cover image promoting stereotypes so often used to mock Asian Americans,” Wu said in a statement.

Democratic Congresswoman Katherine Clark agreed: “The language and imaginary used by the Herald promote division and bias in our community. We can do better.”

Even the cross-town rival Boston Globe jumped in:

“I won’t use the ‘R-word’ to describe the front page of Thursday’s Boston Herald, with its ‘Wok Tall’ headline and a clumsy photo illustration depicting Governor Charlie Baker sitting in a giant Chinese takeout box of fried rice,” wrote Globe columnist Shirley Leung. “That’s because our country is so polarized we can’t even agree what is racist and what is not anymore. But for sure, the Herald front page is highly offensive to Chinese-Americans like me.”

“And,” Leung added, “it should be to everyone else.”

And that, ladies and gentlemen, is how you get Trump.

The Herald cover is not, in fact racist. Not at any level. Looking at this pun/picture combo and seeing racism is the sort of identity-obsessed progressive paranoia that helps Trump thrive.

Councilor Wu even acknowledges the obvious in her statement: “Yes, the Herald’s story is about Chinese food, and a white takeout box and a fortune cookie may seem like apt images to represent that. But these tropes touch a raw nerve among Asian-Americans, the same way speaking in a mock accent or using gibberish to mimic Chinese speakers is troublesome.”

A “trope?” Since when is takeout food a “trope?” Is pizza in a pizza box a “trope?” How about beer in a six pack? A burrito in a foil wrapper?

Chinese food in a takeout box isn’t a “trope.” It’s an observation about a thing, in the real world, that millions of people enjoy every day. Many of these Chinese restaurants are owned and operated by Chinese people who are cherished parts of their communities. Is it painful of them to sell takeout food in these tropes? Is it painful for customers to buy the food and enjoy it?

At the risk of stating the obvious, the answers to these questions are: No and no.

Yet Boston progressives demanded an apology.

And they got one.

“The front page was purely a reference to Chinese food,” Boston Herald posted in a statement on the paper’s website. “But when a concern is raised that the words or images we use are hurtful, we do need to listen and apologize.”

Every time a liberal town bans the phrase “manhole cover” as sexist oppression (true story); or the country-rock band Confederate Railroad gets dropped from a concert lineup over its name (true story); or a liberal news network reports that the popularity of robots “made of shiny white material” like Eve from “Wall-E” reflects our racism (of course it’s true); or, as the Globe’s Leung wrote last week, your craft beer is racist (“it perhaps surprises no one that the craft beer business has become a haven for white males—most of whom happen to be hipsters”) . . .

Every time the Left declares something utterly innocuous as outrageously offensive, sanity loses.

Which means that Trumpism wins.

Raw political power can impose your will on others and, as the demise of Nike’s Betsy Ross sneakers demonstrates, for the moment it’s working. But it’s lousy at persuading people to actually agree with you, and a great way to convince them that unpleasant people who disagree with you may be on to something.

To paraphrase that great political philosopher Syndrome from The Incredibles: When everything is offensive, nothing is. 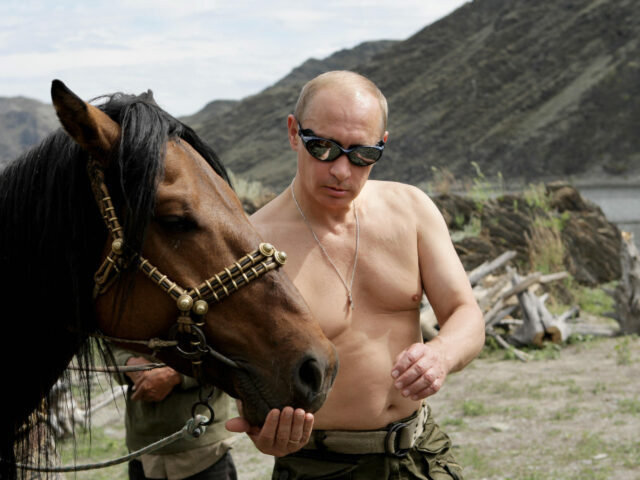