What democracy crisis?
by Rich Thau
Wearing a coat reading "I Really Care So I Vote" written on the back, Tonya Swain votes in the 2020 US elections at the Los Angeles County Registrar in Norwalk, California on October 19, 2020. Voter turnout was ten times higher than in 2016 in California according the Secretary of State Alex Padilla as over 600,000 Los Angeles County ballots are already at the county registrar. (Photo by Frederic J. BROWN / AFP) (Photo by FREDERIC J. BROWN/AFP via Getty Images)
Share on Facebook Share on Twitter Share via email Print

This isn’t to say that swing voters think things are fine. They know plenty is wrong with American democracy. But for many of the 13 Trump-to-Biden voters I focus grouped on January 11, the core problem isn’t the ongoing attempt to undermine the integrity of elections. It’s something else entirely.

For one respondent, it’s the way pandemic-related policies take away her rights. For several others, it’s the same “crisis” they would have diagnosed 10, 20, or 30 years ago: not hearing the truth from politicians, concerns about corruption, etc. And for others still, it’s the illusion that despite January 6, 2021, we’ve got a handle on the problem, and community-based conversations about race, for example, are an encouraging sign our democracy is safe.

Not all respondents felt this way. Indeed, we heard from some who diagnose the problem as a breakdown in election integrity, gerrymandering, and limits to voting. But they were in the minority.

Consider the political ramifications for 2022 and 2024: Are Democratic candidates who push for voting rights legislation in sync with most swing voters’ concerns? What about Republican candidates, who turn a blind eye to—or sometimes endorse—former President Trump’s claims of 2020 election rigging?

In each of the two groups this month, I asked, “How many of you would say you’re concerned about the condition of democracy in America?”

In the first session, six of seven indicated they were concerned. But why?

I started by calling on Melissa, a 62-year-old from Woodstock, Georgia.

“My biggest thing is, Are the politicians telling us the truth?” echoed Lincoln, a 36-year-old from Dallas. “Because we’re starting to see it—whether it’s Republican, Democrat, Independent . . . . [N]o one wants to be accountable for what we’re asking them for.”

It was only when I got to Jerry, 53, from Green Bay, Wisconsin, that I heard: “Voter suppression. Gerrymandering.”

At this point Carlos, a 33-year-old from Miami, who initially said he was not concerned about the condition of democracy in America, said he changed his mind. But in his critique of the problem, he sounded a lot like Melissa and Lincoln: “There’s a lot of corruption, like donors and stuff, like who backs everyone, and I didn’t like how the primaries were rolling in 2016. . . . They’re stacking the deck a little bit, and there’s just some shady practices happening.”

Finally, Christine, 55, from Deer Park, Texas, added, “I would just say up until Trump got into office, I always thought maybe politicians fudge a little bit, but not just blatantly in our face where you’re just like going, “What? He said that?’”

In the second session, four of six indicated they were concerned. I started by calling on Kelsey, a 28-year-old from Maple Grove, Minnesota, who explained:

“Mainly because of the changing of the policies around vaccinations,” she said, “and who is exempt and who isn’t exempt [and] how it changes from county-to-county or state-to-state.”

I pushed back, saying I could understand why she might be concerned about this issue in and of itself, but why did it affect her view of the condition of democracy in America?

Kelsey’s reply: “[It’s] people’s freedom of choice. In some circumstances people don’t have that; it’s more of a mandate.”

I next heard from Cameron, a 27-year-old from Minneapolis, who told me he gets most of his news from Vice and Vox:

Cameron continued: “I saw the rebel flag get further into our Capitol than it ever has before since the Civil War.”

And his third reason: “I’d say new voter suppression rules that are being implemented across many of our states.”

Michael, a 40-year-old from Commerce Township, Michigan, echoed Cameron, and noted that “We had the first non-peaceful transfer of power in our history on January 6th last year, and all these voter suppression laws that are coming out of the woodwork.”

Nicholas, a 23-year-old from Chapel Hill, North Carolina, observed, “I don’t think we’ve ever had a true democracy. But I think people have decided not to obey the social contract, and value individualism over the collective state of our country. And that mixed with misinformation—and lies, frankly—has led to people not believing elections were valid when they were.”

I was curious why LaShon, a 57-year-old from Lake Mary, Florida, said she was not concerned about the condition of American democracy.

“I see a lot of changes, and I think it’s getting better,” she said.

She had my full attention with that comment. I probed deeper: “What’s getting better?”

“The whole election put the United States and everything in disorder to me. Everybody hated everybody. It didn’t matter about race, color, creed, religion, or anything,” LaShon observed. “And I think now—that there have been so many bad things to happen with that—now there’s a conversation, and I hope it continues. It’s going to take a lot to do that, but I’m hopeful that that’s a start.”

I asked her who’s having that conversation.

“Communities,” she replied. “Getting together, trying to see what the other person is about. Getting together with another race that you never would have gotten together with before. Opening up the dialect, the conversation. And just seeing people out there—red, white, yellow, purple, or brown, hand-in-hand—for one cause. A lot of people were out there doing bad things, like the insurrection, but a lot of people were building together as the states we’re supposed to be. We’re not supposed to be fighting each other, we’re supposed to be fighting the other countries.”

Angela, a 32-year-old from Brookhaven, Georgia, was the other respondent in that group who did not see a crisis in American democracy. She picked up where LaShon left off, and referenced productive conversations in her community. I wondered what kinds of conversations she was engaged in.

She replied: “I would say race, for sure. In Georgia there have been a lot of conversations I’ve had with my friends, especially with my church, that have been really enlightening. I think people are becoming a lot more accepting, so that has been a great strength, I think.”

One can only hope the kinds of conversations LaShon and Angela are having will reach more Americans. It remains questionable, though, whether these dialogues can help avert a crisis in American democracy.

As for which party knows how to better navigate these swing voters’ democracy concerns, it’s anybody’s guess. 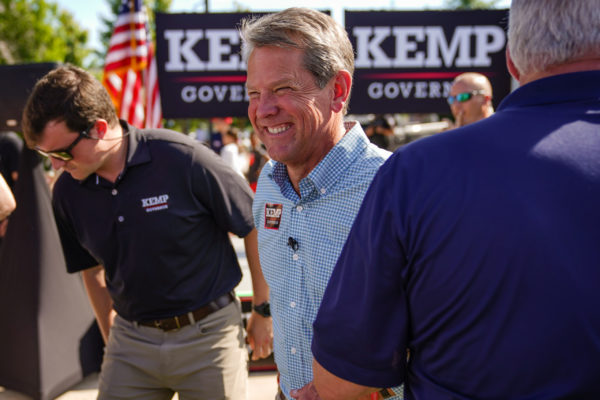 7 Things to Watch for on Primary Night 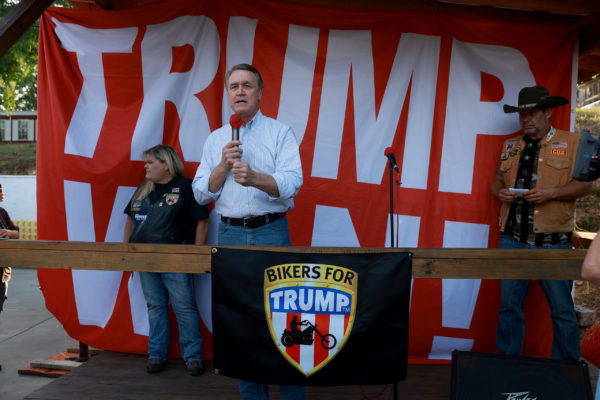 Perdue Slumming With Bannon for Votes on Election Eve 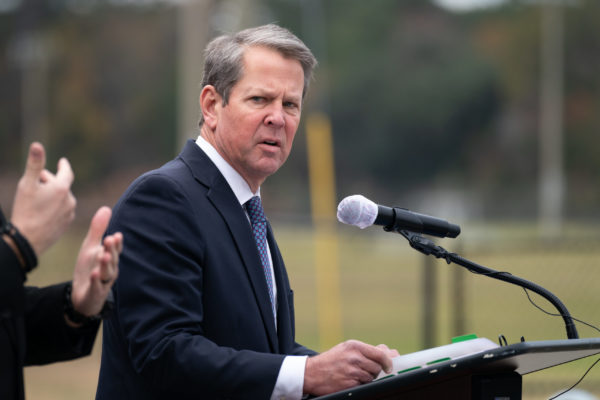