The first two Kingsman movies—Kingsman: The Secret Service and Kingsman: The Golden Circle—are best described as romps. Yes, they’re spy spoofs, but they’re spoofs of the sillier Bond movies, a harder-edged Austin Powers with more visual verve. High-octane and highly stylized, the clash between crass violence and a professed (and admirable) dedication to the manners that maketh men was amusingly discordant. Whatever else was going on, director Matthew Vaughn was clearly having fun.

You get the sense watching The King’s Man that Vaughn understands the charnel house of the First World War is no place for a romp. More subdued and less action-packed than its predecessors, The King’s Man undoubtedly has its moments of almost-silly spectacle. But this is a more somber affair, a tone set in the early moments when Orlando, the Duke of Oxford (Ralph Fiennes), is visiting a concentration camp of Boers run by the British Army.

Oxford is there on behalf of the Red Cross with his wife Emily (Alexandra Maria Lara), his servant Shola (Djimon Hounsou), and his young son Conrad (Alexander Shaw in these early scenes). Emily is shot by a Boer sniper while trying to deliver supplies, the first of many indignities that the pacifistic Oxford must suffer en route to forming the Kingsman Agency, and apologies if this is a spoiler, but if you don’t know that this is a prequel showing us the formation of the group featured in the first two movies, well, why are you even reading this review?

Flash forward 12 years and the world is careening toward chaos. A shadowy cabal of villains, including the Russian monk Rasputin (Rhys Ifans), plots to spark global war by pitting the British crown, the German kaiser, and the Russian tsar against one another. Oxford and his grown son (played as an adult by Harris Dickinson), alongside Shola and Polly (Gemma Arterton), develop a network of household-help spies who keep the team abreast of all the international intrigue, eventually leading Oxford into conflict with Rasputin.

If it feels like I’m regurgitating a lot of plot here, well, I am. Because this movie features lots and lots of plot, intrigues leading to intrigues as the Duke of Oxford tries to keep his son away from the front lines and keep the world from spiraling into further chaos. The first proper action scene doesn’t really come until nearly an hour in, when the Oxfords and their servants do battle with Rasputin in a sword fight-cum-danceoff. 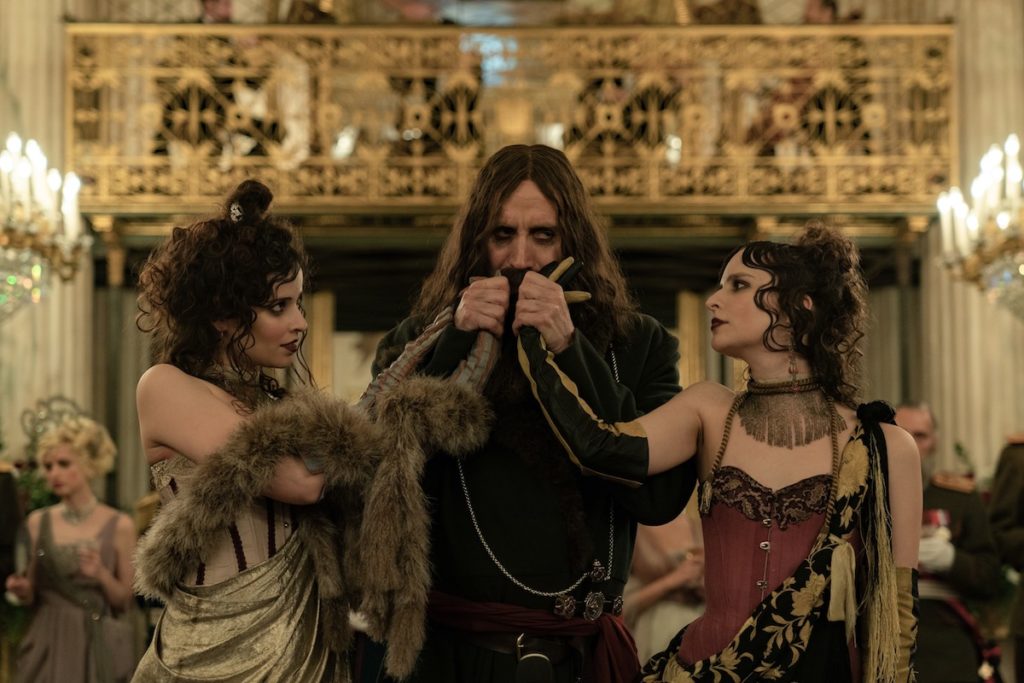 Conrad makes it to the front eventually, and it is here where Vaughn is at his most somber and reticent; a pitch-black No Man’s Land is less a battle zone than the setting for a horror film, the location of a midnight knife fight between opposing forces attempting to recover some intel. The hand-to-hand combat is shot in a relatively straightforward way. It’s not without style—it’s hard to imagine Vaughn putting together a series of shots that don’t feel as though they’re ripped from a look book—but it’s not stylized in the sense that every previous fight in this series has been stylized.

It is ugly and brutal and, in the end, senseless, just like the war in which it is set. You can feel Vaughn grappling with the tension at the heart of the enterprise throughout, this vaguely absurd spy series that claimed its origins in the ugliest war mankind has yet fought. The final action sequence takes place in a barn where silent film footage of WWI flickers against a wall while two men square off for a sword fight. The grotesquerie of mechanized warfare serves as the literal backdrop for a stylized, personalized idea of warfare, of great powers and great minds doing battle with each other behind the scenes so as to spare the world a larger horror.

But this is wishful thinking, and Vaughn knows it, and he rubs our face in it with the mid-credits scene, which I won’t spoil for you except to say it’s one of the most intentionally lunatic and darkly satirical things I’ve ever seen in a motion picture.

The King’s Man is a deeply weird film, albeit one tethered to reality by Fiennes and Dickinson’s stiff-upper-lip sensibility. But then, it’s the latest in a fairly weird series, one that began as an aggressively reactionary parody before sliding into a more libertarian mode and, now, confronting the horror and absurdity of war. I don’t know that it entirely works. But I do know that it’s an admirably interesting piece of filmmaking.