The Midterms’ Stakes for Democracy: A Scenario

Two reasons the stakes are high for the November 8 midterms: the Big Lie and the far-right U.S. Supreme Court majority. It is no exaggeration to say that these two factors will determine whether our system of representative democratic government lives or dies.

If the House of Representatives swings to Republican control, the January 6th Committee’s investigation into the Capitol insurrection will cease, and the House will take up investigations into the current president and his family. Attorney General Merrick Garland could still pursue high-level indictments, including possibly of Donald Trump himself, but criminal investigations, indictments, trial preparation, trial, and appeals take time. Garland will lose his job on January 20, 2025 if a Republican wins the White House. That leaves him scarcely over two years to finish these enormous tasks.

But the heart of the threat to American democracy has little to do with whether Donald Trump or Joe Biden runs for president in 2024.

If the GOP takes over the House and the Supreme Court decides a case called Moore v. Harper as the GOP wants it to, it is entirely possible that Democrats will be locked out of the presidency for the foreseeable future, regardless of the popular vote and the Electoral College vote tally. Republicans will keep control of the White House because Republican state legislatures will say so.

Moore involves the so-called “independent state legislature theory,” which is routinely billed as involving whether state courts and state constitutions can weigh in on federal elections. But that framing obscures the more far-reaching implications of the case. To understand why warrants a brief lesson in the text of the Constitution.

Article I, Section 4 of the Constitution governs elections. It does not establish an affirmative right to vote (which exists nowhere in the Constitution). It only states that “the Times, Places and Manner of holding Elections for Senators and Representatives, shall be prescribed in each State by the Legislature thereof; but the Congress may at any time by Law make or alter such Regulations” (emphasis added).

So, state legislatures are responsible for laws governing federal elections, unless Congress passes a national law. The independent state legislature theory contends that only legislatures can regulate federal elections—not state judges, governors, or other officials who may be otherwise delegated that authority under state law. In Moore, the specific law under contention is a gerrymandered congressional map in North Carolina. But state legislatures make all sorts of other laws governing federal elections, including laws involving voter registration, mail-in voting, ballot access, and the counting and certifying of votes. If another pandemic were to hit close to an election, it would mean that fifty state legislatures would have to independently meet and formally change statutory state law to adapt to the crisis. Governors, secretaries of state, state court judges, and other election officials would be powerless to step in. State constitutions—which often have stronger protections for voters than the U.S. Constitution—would become meaningless for policing federal elections.

Of even greater concern are Moore’s implications for presidential elections. The Electoral Count Act (ECA) of 1887 governs the process for casting and counting electors, and establishes a timeline. States appoint presidential electors under state law based on the popular vote cast in November, and those electors have historically almost always voted in line with the state results. But the U.S. Constitution contains no requirement that a state’s electoral votes be based on actual vote totals from individual citizens. Nothing in the Constitution prevents state legislatures from independently meeting and deciding who gets the Electoral College votes from that state. In fact, although the ECA provides that electors cast their votes in December and that Congress convene in January to formally count them, if a state has “failed to make a choice” by the December deadline, then the law holds that “the electors may be appointed on a subsequent day in such a manner as the legislature of such State may direct.” So if a state legislature deems the November election a failure, it can quickly meet and decide who wins the state’s Electoral College votes—even if that means throwing out every single ballot cast in that state. The ECA also generically states that “Each State may, by law, provide for the filling of any vacancies which may occur in its college of electors when such college meets to give its electoral vote.” There is nothing in the statute explaining—or narrowing—this broad language, either. (The House passed an ECA reform package last month, but it has yet to pass the Senate.)

Meanwhile, according to an analysis from the Brookings Institution, 345 election deniers are on the ballot in November, including nearly 200 running for the U.S. Congress. An estimated 58 percent have a high chance of winning their respective races. They include potential governors and secretaries of state—who may play a role in certifying elections under state law—as well as attorneys general and state legislative candidates. There is no reason to doubt that these folks will follow through on their platforms by denying the legitimacy of elections, using their power to stop the seating of legitimate winners from the opposing party. This is no idle possibility: Remember that 147 members of Congress already voted on Jan. 6th to overturn the 2020 election.

Here, then, is how it all could play out:

Republicans, including a majority of election deniers, win control of the U.S. House of Representatives in 2022.

The Supreme Court in Moore holds that only state legislatures can make laws governing elections (Justices Samuel Alito, Clarence Thomas, Neil Gorsuch, and possibly Brett Kavanaugh have already signaled support for the theory), unless Congress steps in, which a GOP majority in the House won’t do.

After two years of incendiary political investigations in Congress, likely even including Biden impeachment proceedings, 2024 will bring a presidential election with a Democrat and a Republican on the competing tickets—maybe a Biden-vs.-Trump rematch, but it won’t really matter which candidates.

Republicans currently control 54 percent of all state legislative seats nationally. Come November 4, 2024, regardless of the popular vote, Republican legislatures will use their newly minted constitutional prerogative to decide the “law” governing that state’s election for president, and give the Electoral College votes to the Republican nominee. Not every state will need to take this action—the flipping of the results in just one or two states with GOP-controlled legislatures could suffice to thwart the national result.

The GOP-led Congress will abide by that decision in January 2025. And if the state legislatures fail to anoint a Republican president, the GOP caucus in the House of Representatives will refuse to certify the results. (The House breaks presidential ties under the Twelfth Amendment; the Senate does so for vice presidential deadlocks, so neither a Democratic-controlled Senate nor Vice President Kamala Harris will be able to stop this.)

Is this outcome a certainty? No—but none of these steps is implausible, and the whole grim scenario seems to grow more likely with each passing day.

Although one could hope that the U.S. Supreme Court wouldn’t make such a sweeping change to our electoral process, especially since the justices are not elected, the track record of the current right-wing majority offers no such comfort. Also pending this term is Milligan v. Merrill, a Voting Rights Act challenge to a gerrymandered Alabama map that a three-judge panel (including two Trump appointees) struck down as illegal. Rather than let stand the decades-old previous map for this election cycle, so-called conservatives on the Court stepped in with emergency relief to reinstate the controversial map for 2022—despite the possibility that it could be deemed illegal after full briefing and oral argument, which occurred on October 4.

This Court knows that the November midterm election will decide who has power in America for a long time to come. Voters need to wake up to this reality as well—and quickly. 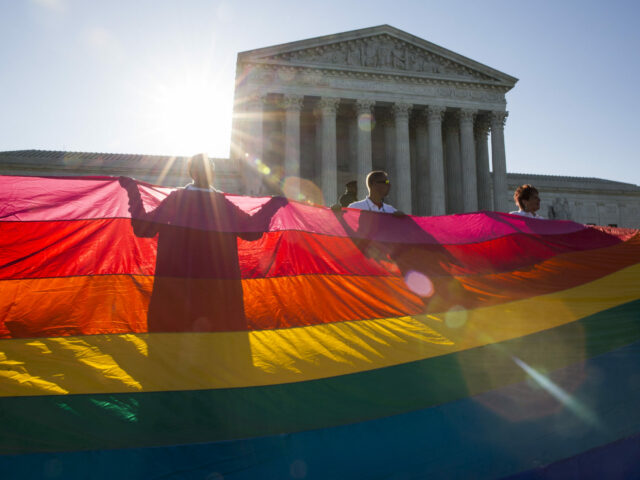 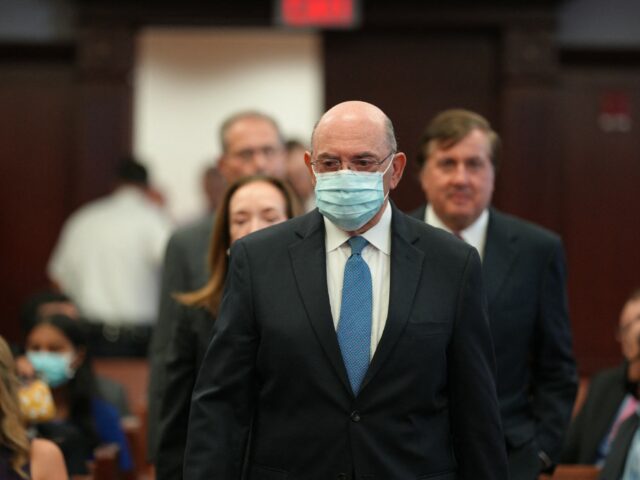