The Pro-Life Cause Deserves Better Than the Texas Law

I have been pro-life since college. I didn’t come to this view in the usual way—through religious conviction or immersion in a conservative community. I came to it because of a philosophy course at a liberal university. Not that the professor agreed with my conclusions, mind you, or my classmates for that matter. But the readings persuaded me that abortion was nearly always a grave wrong.

Because I was persuaded by arguments, I’ve always maintained a (perhaps naive) faith in the power of reason to shape people’s beliefs. My primary hope was to change minds. Changing laws was a secondary consideration. Besides, for decades, it didn’t seem that changing the law was even possible.

The Supreme Court’s fateful step of judicializing abortion in 1973 effectively removed it from the political process for nearly a half century. Americans’ passionate feelings on the matter were displaced from legislative disputes (where they belonged) to the composition of the Supreme Court, resulting in crude, openly political, circus-like nomination battles that have characterized nearly all recent appointments.

But now the Court seems poised to toss the question back into the political realm. I say this not so much because of what happened with the Texas law, but because the Court is scheduled to hear arguments in Dobbs v. Jackson Women’s Health Organization, a case from Mississippi involving a ban on abortions past 15 weeks that amounts to an invitation to the 6-3 conservative court to vitiate Roe v. Wade and later cases.

The Texas Heartbeat Act currently causing such angst may be remembered as a sideshow. Bear in mind that in declining to issue an injunction, the Supreme Court did not endorse the substance of the law. It ruled only that the appellees lacked standing.

In reaching this conclusion, we stress that we do not purport to resolve definitively any jurisdictional or substantive claim in the applicants’ lawsuit. In particular, this order is not based on any conclusion about the constitutionality of Texas’s law, and in no way limits other procedurally proper challenges to the Texas law, including in Texas state courts.

The drafters of the Texas law cleverly designed a scheme to evade an injunction, and they succeeded. But to what end?

In due course, someone will sue an abortion provider or a best friend who gave a pregnant woman the name of a clinic, and the defendants will respond by challenging the constitutionality of the law. At that stage, when there is a true case or controversy, the Texas Heartbeat Act will wend its way through the courts and, presumably, wind up at the Supreme Court. (Indeed, there is a long tradition in America of deliberately creating cases to be vehicles for judicial review.) Evading injunctive relief is not the same as evading judicial review altogether. So for a period of weeks or months, it will be nearly impossible to obtain a legal abortion in Texas.

To achieve a temporary halt on abortions, Gov. Greg Abbott and the Republicans in Texas’s legislature have demonstrated contempt for any value other than hamstringing review. Do the drafters and Republican lawmakers who adopted this law really want to invite the kind of spying and informing their law envisions? Do they really want bounty-hunters to enrich themselves on the backs of women in trouble? Do they want to burden Texas courts with heaps of abortion suits? Do they really want to make Texas look like East Germany?

Mississippi’s law, by contrast, is a straight-up challenge to the “undue burden” standard enunciated in Planned Parenthood v. Casey. It would ban abortions after 15 weeks except in cases of health emergencies and fetal abnormalities. There are no bounty-hunters or nosy neighbors looking to settle a score or teach someone a lesson. It’s a simple challenge: Can a state limit abortions before viability? (Viability is a moving target. It was considered to be about 28 weeks when Roe v. Wade was decided, but has moved back to 24 weeks in the decades since as medical science has improved. There are cases of babies surviving at even younger ages. Richard Hutchison, who was born at 21 weeks, just celebrated his first birthday.)

The Court has not yet upheld a state law limiting pre-viability abortions, but Dobbs may be the case that does so. Even if Mississippi’s law is not found to impose an undue burden on a woman’s right to an abortion, the Court could still rule that Texas’s law, which prohibits abortions at six weeks, does.

It would be far healthier for our society if citizens were asked to debate and decide these matters for themselves, in their own states, without the help of nine lawyers on the Supreme Court. These are exactly the sort of issues that free people must grapple with if they want to be considered self-governing. Nearly every poll on abortion has found that most Americans favor legal abortion in the first 12 weeks and oppose it (to varying degrees) thereafter. Polls asking whether Americans support Roe are useless because few know what it says.

If Americans are somewhere in the mushy middle, the two political parties have arrayed themselves at the extremes.

The past five years have demonstrated the dangers of excessive polarization. We are tearing each other apart over mask mandates, for God’s sake; how well-equipped are we to debate and discuss an issue that is even more emotionally volatile? Progressives are certain that conservatives don’t actually care about life, but only want to limit women’s options. Conservatives are convinced that progressives are heartless hypocrites, ready to ignore the humanity of unborn babies even as they fret about the climate or immigrant children at the border. If the Supreme Court overturns Roe and Casey, or limits their scope, the ball will be back in the citizens’ court.

I’m not optimistic that compromise or mutual understanding is possible on this issue, but let me offer some personal recollections that may help. My husband and I, as adoptive parents, were active in adoption charities and advocacy for many years. Adoption brings together people from both sides of the abortion divide. We met Hillary Clinton and Mary McGrory, a fierce liberal columnist who was on Nixon’s enemies list, at adoption events, as well as former Republican congressman and House majority whip Tom DeLay. He and his wife had raised three foster children.

I was honored to help Erica Pelman launch In Shifra’s Arms, a Jewish charity dedicated to helping women who experience crisis pregnancies. ISA was clear from the outset that its goal was to help women, not to lobby about changing laws. There were pro-choice and pro-life women on the board, united in the desire to let women know that they were not alone. ISA provides counseling, cash assistance, material support, and referrals to other resources including government programs, religious institutions, and adoption agencies. The assistance is provided throughout the pregnancy and for the first year of the baby’s life.

An Alan B. Guttmacher survey on women’s reasons for having abortions noted that more than one third of the women in the study had considered placing their children for adoption but rejected it because they believed it was “morally unconscionable” to give a child away. It seems highly doubtful that the seven million Americans who are adopted would agree. An estimated 1 to 2 million couples are waiting to adopt children. In 2018, there were about 619,000 abortions.

Most people are shocked to learn that there’s even a registry for couples waiting to adopt Down Syndrome babies.

Adoption is a loving alternative to abortion. Perhaps we can begin to listen to and hear each other if we start there. 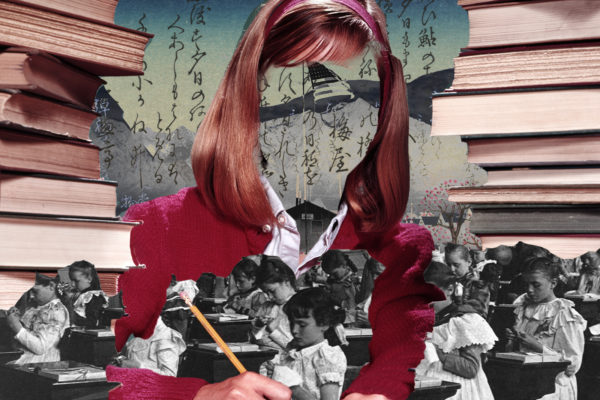