Hush opponents, highlight good works, blame anyone but Trump.
by Amanda Carpenter
Donald Trump gives a pen to Senate Majority Leader Mitch McConnell (R-KY) during a bill signing ceremony for H.R. 748, the CARES Act in the Oval Office of the White House on March 27, 2020 in Washington, DC. Earlier on Friday, the U.S. House of Representatives approved the $2 trillion stimulus bill that lawmakers hope will battle the the economic effects of the COVID-19 pandemic. (Photo by Erin Schaff-Pool/Getty Images)
Share on Facebook Share on Twitter Share via email Print

Thinking back to the beginning of the year, the conventional wisdom was that if President Trump survived impeachment, the GOP would probably be able to ride a good economy through the summer and be competitive in the November elections. That was the old world, pre-pandemic.

In the span of a few weeks, more than 13,000 Americans have died from the novel coronavirus and 10 million jobs disappeared. Over the last 12 weeks, what President Trump says and does can no longer be brushed off as “Trump being Trump.” His reluctance to listen to experts, to honestly relay data, and to attack those who question his wild assertions isn’t opera buffa anymore. It’s tragedy. People have died because of it. Lives have been ruined.

Yet many incumbent Republicans, seeking to don the political version of PPE, are trying to avoid taking any stances that counter whatever Trump is saying in the moment—let alone criticize him. Instead, they claim that “this isn’t a time for politics.”

If only that was true.

Politicians are managing this crisis, which means that the politics matter now, more than ever. And decrying the existence of politics is, itself, a political gambit. Republicans ought to know this, because the strategy was honed by Senate Majority Leader McConnell.

McConnell, who is up for reelection this year, led the effort when he called on his Democratic opponent, Amy McGrath, to stop running political ads because of the coronavirus. In mid-March McConnell’s campaign manager said, “As Kentuckians adjust their daily lives and schedules to help stem the outbreak, the last thing they need to see on TV is negative political advertising. The McGrath campaign must stop airing all of their advertisements.”

McGrath refused, which was sensible, since McConnell has been a silent accomplice in Donald Trump’s failure to prepare America for the outbreak. It was also sensible because there was no chance that McConnell wouldn’t try to twist the crisis to his own benefit. Which is exactly what he did when he went up with ads depicting himself as being “at the center of the battle to rush aid to Americans.” The homepage of his campaign website currently features a photo of the senator with the caption “Mitch McConnell led the passage of the biggest economic rescue in history.”

Is a politician styling himself as the hero of the story and bragging about sending billions of dollars to constituents in an election year every bit as “political” as another politician criticizing the first guy for standing by while his president created the crisis in the first place?

Let’s be on the safe side and say, “abso-freaking-lutely.” But, maybe now is not the time.

And because McConnell is so relentlessly political—and dishonest, even by senatorial standards—he blames . . . the Democrats for the pandemic in America. How? Because they distracted him, and the president, with impeachment: He said that concerns about the coronavirus initially “came up while we were tied down in the impeachment trial. And I think it diverted the attention of the government, because everything, every day, was all about impeachment.”

Because no one could ever expect the highest levels of American government to walk and chew gum at the same time.

With that, a loose model for navigating the politics of the pandemic was established. And so a trio of the chamber’s most vulnerable incumbent Republican senators—Martha McSally, Cory Gardner, and Susan Collins—have followed McConnell’s strategy. The playbook is simple: (1) Try to shush critics in the name of “keeping politics out of this” while also (2) Keeping your name in the press with the goodies you’re handing out and (3) Blame anybody but Donald Trump for the predicament the country is in.

McSally, who is down in the polls against Democrat Mark Kelly, is following the playbook perfectly. She literally said in a March 20 statement that “this is not the time for politics” and has said she would stop all political ads and door-to-door campaigning for 30 days. After the $2 trillion stimulus bill passed the Senate, she bragged about pumping billions into the economy and cheered “relief is finally on the way!”

Which is, of course, totes non-political. She’s just voting to send government money to the citizens of Arizona in an election year.

But when it comes to the question of how America got into this mess? Don’t bother asking her about Trump, whom she believes “has taken the right steps to protect Americans” from the coronavirus.

Also don’t ask her about what she said on March 6 about how the coronavirus “doesn’t mean that everybody needs to stay home, not go to work, not go on spring break, not live their lives. That definitely is too much of a panic reaction that could have negative implications.”

Instead, McSally has her sights on China.

She accuses China of a “cover-up” and blasts the media for “parroting” Chinese propaganda. She’s even demanded that China pay the United States damages for criminal conduct. Last week she called for the World Health Organization director-general Dr. Tedros Adhanom Ghebreyesus to resign because he was too trusting of the figures being reported from China. “I’ve never trusted a communist,” McSally said. “And their cover-up of this virus that originated with them has caused unnecessary deaths around America and around the world.”

On just about every count, she’s right!

The Chinese did cover up the emergence of the coronavirus and their authoritarian duplicity almost certainly did cause the spread to turn into a global pandemic. And the Chinese absolutely should be held to account for their role in this disaster!

But it is a little strange for McSally not to have anything to say about how Donald Trump has trusted and praised the Chinese government from the start and been the most high-profile regurgitator of their propaganda.

If China really is the problem, then doesn’t that bother her? Even a little bit?

And then there’s the practical side of things: However much China is to blame, it’s not President Xi who’s up for reelection in November. In seven months Americans will have the chance to decide whether or not they believe that our own leadership bears any responsibility for COVID-19.

Given Trump’s serial lies and disproven predictions—not to mention his boosterism of Chinese communists!—why does she still trust Trump?

In Maine, Susan Collins is running a more sophisticated variation of the McConnell gambit. She has told the Bangor Daily News that she is “not running traditional campaign ads” and has replaced them with spots providing constituents with resources for obtaining aid and health care information. “I’m just not going to engage in political discussions at this point. I don’t mean to be difficult, I just don’t think it’s appropriate at a time when we are facing the most serious health crisis since the 1918 Spanish flu.” She recently went up with a “Thank You” ad, in which she expresses her gratitude to healthcare workers, first responders, law-enforcement officials, truck drivers, grocery clerks, and restaurant workers.

Yet when Collins was asked if President Trump bears any responsibility for spreading misinformation, she took credit for advising him to listen to medical experts. This came after cautiously offering that it might be better if Trump would “step back” and let people such as Dr. Anthony Fauci do the talking at briefings. She said the federal message was “inconsistent” and “I am not satisfied.”

And now, she says it’s all better. On April 2 she said, “I think in the beginning, there were times when he was speaking about what he hoped would happen rather than relying on the data and information of his experts. That has changed, and I’m glad that it has.”

Of course, Trump has not changed.

Since Collins’s victory lap, the president advised people to take an untested course of powerful medication in order to treat COVID-19, saying, “What do you have to lose?”

So maybe Collins is not glad anymore? Tut-tut.

If this whole embarrassing minuet looks familiar, it’s because back in February Collins claimed that impeachment had taught Trump “a pretty big lesson” and that because of it he would no longer abuse the Constitution. (Excuse me a moment while I scream into the void.) A few days after voting to acquit Trump, Collins was forced to concede that this belief had been more “aspirational” than factual.

Perhaps she’ll make a similar concession should she be defeated in November.

Because unlike McSally, who was downplaying the outbreak in early March, Gardner tried to sound the alarm on COVID-19 early. On January 23—you know, back when Mitch McConnell claims that no one could possibly have been expected to pay attention to both impeachment and a potential global pandemic—Gardner wrote letters to Secretary of State Mike Pompeo and Director of the Centers for Disease Control and Prevention Dr. Robert Redfield inquiring about what efforts were being undertaken to contain the novel coronavirus in China.

He was quiet through the second half of March, but it was for a good reason: He decided to self-quarantine after he met with a constituent who tested positive for COVID-19.

Once he got out, he published an op-ed for Fox News that said, “The more we learn about COVID-19 and its origins, the clearer it becomes that much of the death and suffering could have been avoided had the Chinese Communist Party taken this threat more seriously.”

But as for those letters he wrote to Pompeo and Dr. Redfield? The Colorado Springs Gazette reported—in a piece that praised Gardner for his foresight on the issue—that he never got a response from the executive branch.

One has to wonder how much “death and suffering could have been avoided” if the executive branch had taken Gardner’s warnings more seriously. But one of the strange things about our political moment is that even a guy like Gardner who had his eye on the ball early feels like he can’t talk about his foresight, because it might offend Trump.

That’s one of the larger corruptions of Trumpism: Even the people who were right have to pretend not to have been, when Trump is wrong.

There is more than enough blame to go around for this disaster. The Chinese government failed to contain the outbreak. But our officials had the opportunity to protect our citizens. You can blame both the Chinese government and America’s executive branch. Including our president.

The guy came to power promising to build walls, deport millions, and travel ban his way into putting America First. Instead, the worst outbreak in a century happened on his watch, with thousands dead, millions unemployed, and every single one of our lives disrupted in unprecedented ways.

No one needs a playbook to figure out the politics of that argument. The truth is really darn easy for people to figure out. 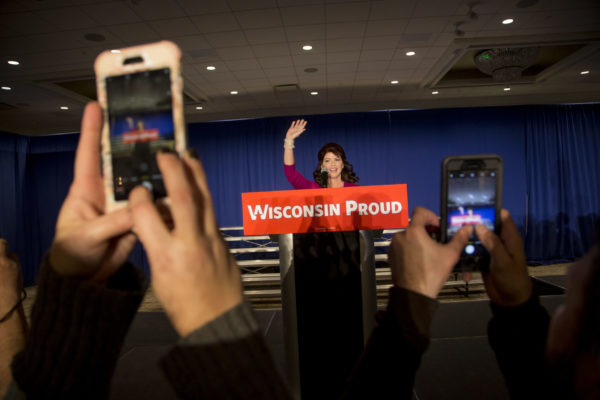 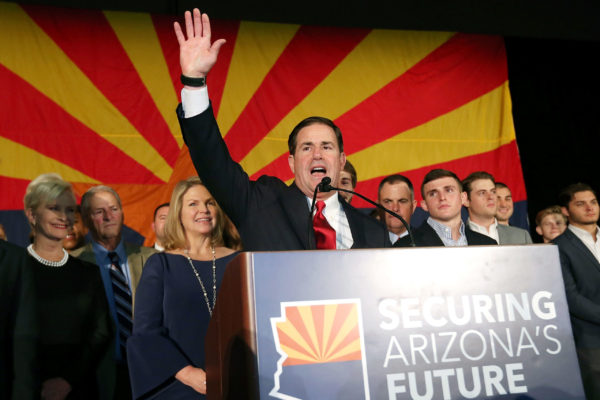 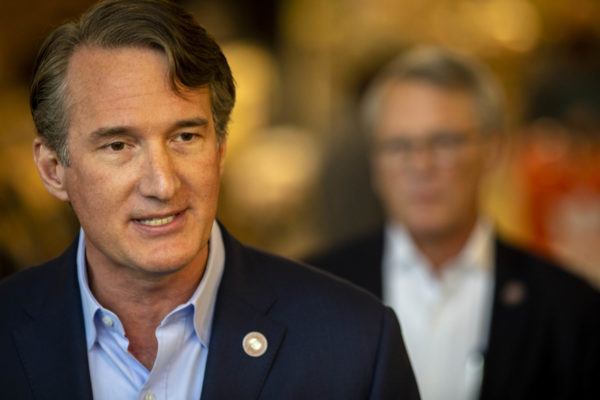 Glenn Youngkin Is a Coward