The Ingleside Hotel is a convenient meeting place for the Waukesha and Wisconsin Republican Party gatherings. The hotel and waterpark complex located just off the freeway Republicans prefer to mass transit has plenty of conference room space. The artificial wall dividers have allowed Republicans to hold Election Night victory parties and “Grazing with the Elephants” fundraisers for years.

Given Waukesha’s role as one of the WOW—Waukesha, Ozaukee and Washington—Counties, which generate the votes to power GOP victories in Wisconsin, the Ingleside has served as the unofficial center of the universe for the state party.

The Waukesha County Republican Party had Speaker of the House Paul Ryan as the featured speaker at the Lincoln Day Dinner at the Ingleside in 2018. Ryan was a popular figure in the Republican Party then, and his district stretched into the southern part of the county. His remarks included his thoughts on Florida’s Stoneman Douglas High School and how authorities failed to prevent a 19-year-old from committing a mass shooting there.

Two years later, Ryan is gone, and the Republican Women of Waukesha County met at the Ingleside to hear alt-right commentator Michelle Malkin. During Malkin’s remarks, the Republicans in attendance gave the mother of Kyle Rittenhouse a standing ovation. The 17-year-old Rittenhouse is currently fighting extradition from Illinois after he allegedly killed two rioters in Kenosha, WI and wounded a third. His mother drove him to Kenosha from Antioch, IL, so he could join the local “militia” group.

Rittenhouse will likely be acquitted, but the celebration of the young shooter as a hero is disgraceful. Instead of a standing ovation, his mother should be condemned for putting her son in a position where his poor decisions allegedly led to the deaths of two people and the permanent maiming of a third. While he may claim self-defense, what was his intention in going to Kenosha except to confront the rioters? And what did his mother think would happen?

Regardless of the embrace of Rittenhouse’s mother by Republicans, the more disturbing figure in attendance was Malkin herself.

Malkin was formerly on the roster of speakers for the Young America’s Foundation (YAF). She was let go last year after she began speaking at alt-right events defending “the Groypers” and their anti-Semitic leader Nick Fuentes. She encouraged their attacks on “Conservative, Inc.” and defended them as their “mommy.” She is also a defender of the “Proud Boys,” the right’s violence-in-the-streets answer to Antifa.

We shouldn’t be surprised about Malkin’s “turn” to the anti-Semitic right. This is the same Malkin who parachuted into Ryan’s district in 2016 to endorse racist Paul Nehlen in the GOP primary. Nehlen restricted his insults to Hispanics during that race, but by 2018 he had embraced anti-Semitism, too, and even Breitbart News had to stop backing him.

In a speech earlier this year, Malkin engaged in a few anti-Semitic musings of her own.

The decision by YAF to drop Malkin came after the organization announced former Wisconsin Governor Scott Walker (R) will be the YAF president beginning in 2021. Given Malkin’s clash with the former elite of the Wisconsin GOP, you would think she would be persona non grata at state Republican events.

Unfortunately, we don’t know why the Waukesha Republican Party thought it was okay to make Malkin their featured speaker that evening. Calls to the county and state party were not returned Saturday.

Perhaps they thought that since Malkin had the endorsement of President Donald Trump that her brand of racial politics was acceptable. Or, perhaps it’s worth remembering that this is the same local Republican Party unit that thought it was acceptable to have a “Build the Wall Ball.” After that, Malkin is just a step away.

The emcee for both events, the Malkin speech and the Build the Wall event, was WISN/WIBA radio rightwing talkshow host Vicki McKenna. McKenna once bragged about being hung up on by Trump in 2016. Not only is McKenna all-in for Trump now, she has gone “full Malkin” by supporting the “militia” that showed up in Kenosha and calling on others to do the same even after Rittenhouse allegedly killed two people and wounded a third.

(The podcasts for McKenna’s WIBA shows that day have disappeared from the Clear Channel websites; no explanation has been provided despite requests for comment.)

McKenna hailed Malkin as a “righteous conservative woman” and a “freedom fighter.”

I had the privilege of introducing this brilliant freedom fighter tonight! ♥️ Look up “righteous conservative woman” in the dictionary and you’ll see @michellemalkin⁩’s picture! pic.twitter.com/1Yhh7Cd1l7

Not long after his speech at the Lincoln Day dinner, Ryan announced he would not seek re-election. It was the end of an era, one in which Wisconsin Republicans like Ryan, Walker, and former White House Chief of Staff Reince Priebus held the reins of power. They were Republicans who had embraced the Tea Party movement and the conservative movement to bring fiscal responsibility and common sense to government.

Ryan now serves on the board of Fox News. Walker went all-in on anti-immigration rhetoric in the presidential campaign of 2016 and failed miserably. He lost his re-election campaign in 2018. Priebus is practically exiled after his disastrous White House stint.

And the Republican Party of Waukesha County, upon which the GOP relied for their success in the state, has sunk into the sewer of associating itself with Malkin and Malkin-wannabe McKenna. So far, only one Republican leader in the state has condemned Malkin’s appearance, Fond Du Lac County Party Chairman Rohn Bishop.

On the Waukesha County Republican website, it says in the banner at the top of the page, “Every Contribution Supports Your Values.” Waukesha County Republican elected officials have to answer whether their contributions to the party are supporting their values, or if they will act honorably and responsibly by resigning their memberships until the party leadership is completely rid of the crackpots that organized Malkin’s appearance.

Will any of them do the honorable thing? Or are all of them afraid they’ll be shunned by their colleagues and supporters at the next GOP event at the Ingleside? 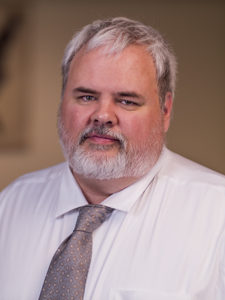 James Wigderson is the editor of RightWisconsin, a conservative news website.