He has left office with no positive achievements on his core policy agenda—immigration and trade—or much else besides.
by James C. Capretta and Stan Veuger
Former President Donald Trump signing executive orders on his third full day in office, January 23, 2017. Among those behind him are Peter Navarro (center), an architect of his administration’s trade policy, and Stephen Miller (right), Trump’s chief adviser on immigration policy. (Photo by Ron Sachs / Getty)
Share on Facebook Share on Twitter Share via email Print

President Trump’s defenders are expressing anguish that his convulsive exit has tarnished his supposedly respectable record. Here is another oft-repeated deception demanding correction. Trumpism failed as much as Trump did. Not only was the now-former president a threat to the norms necessary for healthy democratic governance, his incompetent management of the federal government produced a remarkably thin legacy—and for that the country should be grateful.

Trump’s failures on policy are wide and varied. Much focus is, for understandable reasons, on the administration’s bungled response to the COVID-19 pandemic. But to appreciate the failure of Trumpism as a political program, the former president should be assessed on what he did to address the two issues central to his political ascent: immigration and trade.

His two immediate predecessors tried to fix the nation’s immigration laws, which have long needed reform. They failed to secure reform legislation largely because of the growing, and misguided, determination among some Republicans to embrace the most restrictive immigration stance possible, as evidenced in their refusal to support a humane and realistic resolution for persons already residing in the United States unlawfully. There are millions of people in this circumstance, and yet the implication of the hardline Republican position—which Trump amplified to great political effect in his 2015-2016 campaign—is that all of them should be deported.

That was never a realistic option, for good reason. The vast majority of people who would be affected by a mass deportation policy are law-abiding, have jobs and families, and pay taxes. Americans have no stomach for seeing millions of their neighbors deported to countries that the affected immigrants left long ago, or had never even seen before.

And yet, even after embracing such an absolutist and unrealistic policy, Trump was still in a strong position to deliver a legislative resolution if he played his cards right. Both the House and Senate were under Republican control in 2017 and 2018. He campaigned on “fixing” immigration, and won. But getting a bill through Congress would have required compromising with congressional Democrats, and jettisoning “no amnesty” as a battle cry for political rallies and cable television. Cutting a deal, and embracing some version of a realistic resolution, would have enraged a small portion of the president’s political coalition, but it also would have produced a defining and lasting shift in immigration policy for which the president could have claimed credit.

So the opportunity was there for the taking—and Trump whiffed. He and his allies decided it was too politically risky—or substantively unattractive because at least some immigrants would receive legal status—to walk back his many ill-advised hardline statements committing themselves to no compromises. They preferred to implement what they could through administrative action.

And where did that get them? Nowhere. Led by his aides, Trump was able to implement harsh revisions to some policies, and in the process cause much harm to immigrant families and to desperate refugees. That should not be minimized or forgotten. He also modestly accelerated the replacement of a portion of the structure on the southern border—with construction of a grand total of 47 miles of entirely new barrier occurring since 2017—but he never built the entirety of his promised 2,000-mile “wall” and he certainly never got Mexico to pay for any of it, as he claimed he would.

Legal immigration has fallen during Trump’s term, but that is due mainly to the deep downturn in the U.S. economy that coincided with mismanagement of the COVID-19 pandemic. Despite all the talk, illegal immigration has not stopped or changed appreciably over the past four years. That Trump never implemented a “round them up” plan is a relief, but it also means the immigration revolution he promised his supporters never took place.

And because none of Trump’s immigration policies were passed as laws, most will be reversed by the Biden team, although some may take longer to unwind than others. In one prominent instance, the decision to overturn President Obama’s DACA program, the Trump administration’s actions have already been rejected by the Supreme Court.

The images associated with Trump’s immigration policies—especially the images of children separated from their parents and placed in cages—will remain in the public mind long beyond the policies themselves. By sometime in mid-2021, it will be hard to detect what effect Trump had on national immigration policy.

On trade, Trump was just as ineffectual. He misled his supporters by claiming, falsely, that his predecessors had purposefully agreed to unbalanced trade deals that favored foreign goods over American products. In particular, he railed against America’s trade deficit, and promised to eliminate it. He said the new deals he would negotiate would bring back millions of manufacturing jobs to America.

The trade deficit is not a meaningful metric of effective trade policy, but it is what Trump highlighted when inciting populist resentment toward previous agreements and thus is relevant for assessing his policies. Three years into Trump’s term, the trade deficit had barely changed, and it widened in 2020 as the economy fell into recession. The bilateral trade deficit with Mexico also widened under Trump’s watch, and, as of 2019, the trade deficit with China was essentially unchanged. At the end of 2020, the number of manufacturing jobs in the United States was level with where it was when President Obama left office.

President Trump’s defenders counter that he reset the conversation with China by imposing large tariffs—something his predecessors were too timid to do. That’s true. So give him credit for blowing past the ill-advised caution that led others to be overly soft with China.

Unfortunately, Trump reduced U.S. leverage by more than what was gained through the tariffs by unilaterally withdrawing from the Trans Pacific Partnership (TPP) at the beginning of his term. TPP would have further isolated China economically by bringing the United States and eleven trading partners closer together. Instead, Trump has tried to go it alone and take on China without any meaningful coordination with our traditional allies. The result is that China has been able to slow-walk its commitments, such as they were, in the bilateral deal struck with Trump, even as it has cut a more meaningful agreement with the European Union, and thus further undermined U.S. leverage.

On trade deals more generally, Trump and his team railed against the multilateral system that the United States built over seven decades, and yet they never articulated an alternative vision. Displacing current global rules with exclusively bilateral agreements is a nonstarter; there are no takers for such an approach, even among U.S. allies. Which is why the overall global trading system operates today much as it did before Trump took office.

Trump’s failures on policy extend to many other spheres:

The president’s defenders contend his tax and regulatory policies jumpstarted economic growth. As with immigration, most of the cited regulatory changes are reversible, and thus fleeting, and will be changed quickly by the new administration. And the tax cuts were passed in 2017 despite the government’s growing fiscal problems and the GOP’s abandonment of spending restraint. Lower taxation is a fine idea if it can be implemented in the context of a sustainable fiscal plan. But Trump cut taxes in a way that has only strengthened the case for a countervailing tax hike to head off fiscal calamity. Significant parts of the 2017 law are set to expire automatically, and it would not be a surprise if its centerpiece, the reduction in the corporate tax, were partially reversed within the next two years.

And then, of course, there is the pandemic, and Trump’s catastrophic response to it. Trump’s positive policy legacy was nearly nonexistent even before the country was hit with the worst public health emergency in a century. It was a moment that called out for steady national leadership, and thus was an opportunity for the president to rise to the occasion and navigate an unforeseen and serious threat to human health and the nation’s economic well-being. He failed this test in every possible way. In a matter of months, he lost interest in trying to manage the immense fallout. The calamity he partially caused is still unfolding.

Trump’s apologists and defenders want the media and the public to focus on what they say were his policy achievements. There were some, of course. But they do not come close to outweighing the damage the president inflicted on the country. Trump was a failure in every way, substantively and morally. 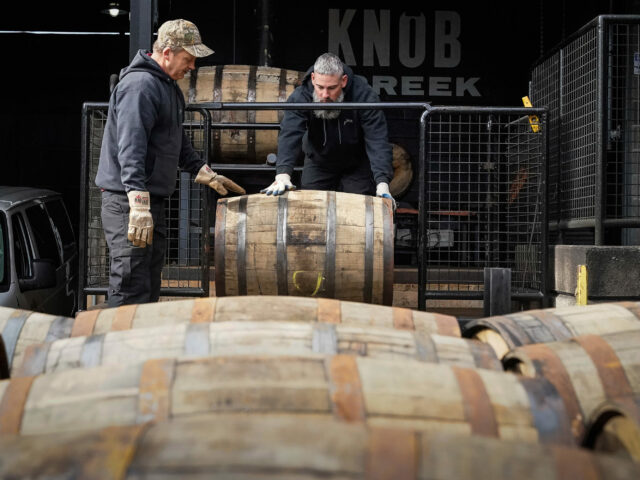 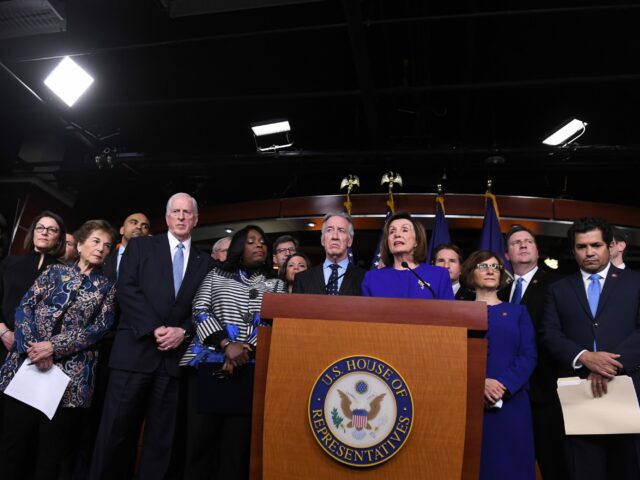 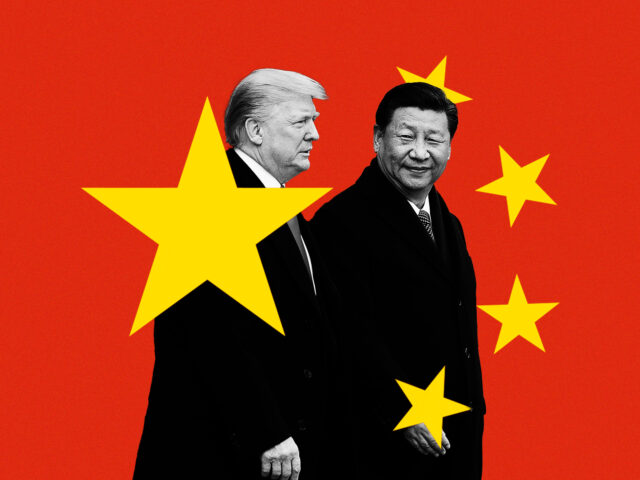 Did Trump Get Owned by China?