How to avoid over-stimulating the economy in the next crisis.
by Jeffrey Clemens and Stan Veuger
Florida Governor Ron DeSantis and Orange County Mayor Jerry Demings pose for a photo on July 17, 2020, while holding a large check for Affordable Housing Relief during a press conference at Wellington Park Apartments to announce the release of $75 million in funding from the CARES Act for local governments to provide rental and mortgage assistance to Floridians suffering financial difficulties due to the COVID-19 pandemic. (Photo by Paul Hennessy/SOPA Images/LightRocket via Getty Images)
Share on Facebook Share on Twitter Share via email Print

It is now widely accepted that the United States overdid its fiscal policy response to the COVID-19 crisis. A major component of this overly enthusiastic response was aid to state and local governments. Across two presidents and four major pieces of legislation, this aid amounted to close to a trillion dollars, much of it from the March 2021 American Rescue Plan. Much of this money ended up not making up for budgetary shortfalls so much as adding to inflationary pressure.

As a result of the federal funds, states found themselves with large budget surpluses. Despite the pandemic, fund balances climbed from $122 billion to $343 billion nationwide between the 2019 and 2022 fiscal years. In response, both blue and red states have enacted a range of targeted tax cuts and spending measures.

To give a few examples: Florida instituted no fewer than 10 different sales tax holidays; California sent out multiple rounds of stimulus checks; Massachusetts and Virginia are distributing billions in tax refunds to eligible taxpayers; and in fiscal 2022, states increased their spending by almost 10 percent even after accounting for inflation.

Perhaps unsurprisingly, all but one of the incumbent governors running reelection in November won—many of them with wide margins.

Politics can be a simple game when someone else is shoveling money into your state’s treasury.

How did the administration and Congress fail to understand the needs of state and local governments?

In the early months of the pandemic, there was good reason to believe that state and local governments had difficult times ahead of them. They weathered the storm far better than expected, however, for two reasons. First, the tax bases of state and local governments were preserved by other elements of the response—in particular, generous support to households and firms, the rapid development of vaccines, and aggressive intervention by the Federal Reserve. Second, analysts overestimated the extent to which changes in economic activity would translate into holes in state and local governments’ budgets.

In research with Philip Hoxie, we have investigated whether federal aid achieved one of its core objectives, namely, to forestall layoffs of state and local government workers.

We find that federal aid advanced this goal modestly and at high cost; roughly $855,000 in aid was allocated for each job-year preserved. This reflects the fact that far more aid was distributed than was needed. Some, as we noted above, is being returned to state and local taxpayers through tweaks to their tax codes. Had federal assistance been more closely attuned to states’ needs, then the federal debt would be hundreds of billions of dollars smaller.

Why did Congress and some analysts get the needs of state and local governments so wrong? One key mistake of pandemic-era fiscal policy was a misapplication of lessons learned from the 2008 global financial crisis.

The financial crisis did, in fact, wreak havoc on state and local budgets. And despite a quarter of a billion dollars in federal assistance, after the financial crisis, state and local budgets and workforces took years to recover. But not all crises are alike. Contrary to analysts’ early-pandemic expectations, the revenues of state governments ultimately exceeded their pre-pandemic forecasts.

To avoid wildly misallocating federal resources during future recessions and other crises, Congress must find a better approach to calibrating fiscal aid. A simple, pre-committed system can go a long way to achieving this goal. The key is for aid to be based on the actual, nationwide performance of major tax bases. This resolves two of the early-pandemic estimates’ shortcomings: (1) That they were based on forecasts rather than the economy’s actual performance; and (2) That some estimates were based on unnecessarily unreliable proxies for state and local governments’ tax bases, such as the unemployment rate.

In a proposal for the Aspen Economic Strategy Group, we outline three automatic stabilizer mechanisms that could implement this approach. A core feature of the proposals is that they are budget-neutral over the business cycle.

The most obvious mechanism relies on grants to state and local governments during downturns. In contrast with the current system of ad hoc discretionary aid, our proposal offsets the supplemental grants that occur during crises by clawing back those grants during boom times. Because Congress may be tempted to keep the latter from happening, we propose two alternative mechanisms that make reneging on budget neutrality harder.

A second option is a system of loans to subnational governments. Loans are easy to explain to voters and straightforward to implement. Loans may clash legally, however, with both the spirit and letter of states’ balanced-budget requirements.

Our final, and preferred, proposed mechanism is a system of revenue insurance. In such a system, state and local governments would pay “premiums” to the feds during boom times and receive payouts when their tax bases are on the decline. While no proposal is foolproof, the ad hoc grants on which Congress currently relies have performed poorly during recent crises.

Each of our proposals offers the promise of timely, appropriately scaled assistance while maintaining budget neutrality over the business cycle. These proposals illustrate that fiscal assistance packages can be done more effectively and at lower cost, without contributing to a ballooning federal deficit or escalating prices.

Jeffrey Clemens is associate professor of economics at the University of California, San Diego. Stan Veuger is senior fellow at the American Enterprise Institute. 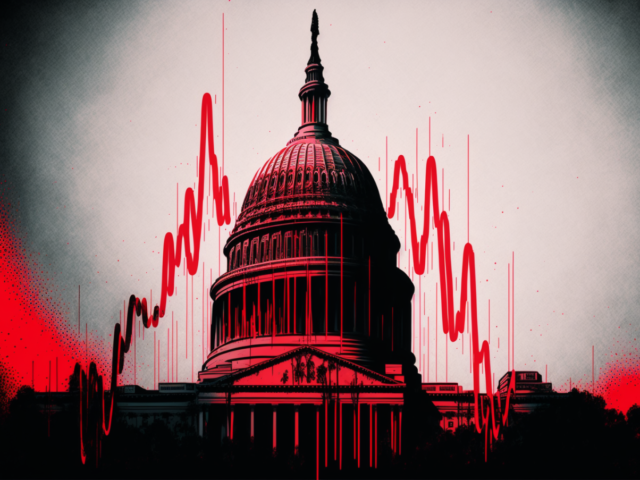