What’s the Downside for Humoring Him . . . Until He Dies?

We are all, by now, familiar with the most appalling, “boy did that age poorly” anonymous quote in the history of American politics, published by the Washington Post less than two months before the deadly siege of the U.S. Capitol and the attempted assassination of the vice president:

“What’s the downside for humoring him?” they mused.

This pearl of anti-wisdom has become a bumper sticker for Republican cowardice ever since it was published. It has been lambasted by political rivals, Twitter smartasses, and websites populated by Enemies of the People.

The quote was rattling around my brain last Thursday night as I watched Liz Cheney ruthlessly eviscerate her cowering colleagues like a lioness gnawing on a carcass in an NC-17 nature documentary. But it was during that savage meal that something rather alarming occurred to me.

Liz might be winning the argument for history and in my living room. But in present-day Republican politics, that anonymous “what’s the downside for humoring him” moron actually won the day. And not just that day, but today. Because despite how brutally and blatantly their strategy in managing Trump’s psychopathy failed, Senior Republican Officials (SROs) are still employing it.

This time around, Joggin’ Josh and Cowardly Kevin are taking things even further than was initially suggested. Don’t forget the second half of stupid little aphorism from the SRO quoted in the Post. It went like this: “what is the downside for humoring him for this little bit of time . . . he’ll tweet some more about how the election was stolen, and then he’ll leave.”

The SRO’s argument was premised on the (wildly off-base) presupposition that the former guy was just gonna stomp his feet and smear his ketchup on the wall and then move on from the whole coup thing after a few weeks of sucking on his Bedminster-branded pacifier.

You see, back in November 2020, at least the SROs thought that there was an expiration date on their cowardice. They figured that, come January 20, 2021, Trump would be gone and they would no longer have to humor him.

Today the strategy has been modified only in the removal of an expected end date.

The new posture the GOP Smart Set has settled on for dealing with Trump is: “What’s the downside for humoring him . . . until he dies.”

I want to be clear about my meaning here: This is not a cheeky exaggeration.

In Thank You for Your Servitude, Mark Leibovich quotes a former congressman who made this macabre wishcasting explicit:

A former Republican congressman told me recently that the party’s only real plan for dealing with Trump in 2024 involved a darkly divine intervention. “We’re just waiting for him to die,” he said.

To paraphrase Rick Page, hoping for death is not, in fact, a strategy.

In the meantime the rest of the Republicans are just gonna keep giving Trump made-up “Champion of Freedom” awards for his “hard work,” inviting him to campaign with them, and joining his scam social media site—until he keels over and they don’t have to go along with the charade any longer.

Even allegedly Trump-skeptical Republicans who have said explicitly that they would prefer the party move on from TFG to a campy tribute artist like Ron DeSantis, argue that the party is best off by continuing to humor Trump’s delusions. And that they should continue even after he is defeated.

An article in National Review made this case last week, arguing that DeSantis’s first “commander-in-chief test” was defeating Trump without alienating the voters that want a MAGA autocracy, because if he were to win the Republican primary without the support of this post-liberal wing it would be a “Pyrrhic victory.”

Once upon a time, National Review was throwing Birchers out of the party. Now they’re saying that the Great Conservative Hope must do whatever it takes to keep them in the party, up to and including pretending he believes our democracy is illegitimate.

This view about how important it is that DeSantis not alienate the people who want to overturn American democracy was echoed by the DeSantis stans on Twitter who mocked my suggestion that the Florida governor signal some daylight between him and Trump on the issue of couping. Keep in mind none of these tweeters were saying that they believed Trump’s lies. They just believed that it’s too much to ask that a politician refuse to humor them.

The obvious subtext to this argument is that even in a hypothetical scenario where DeSantis or someone of his ilk were to dispatch Trump, that victorious candidate would still be forced to continue humoring Trump’s mania in the general election and beyond so as to keep the coalition together.

You wouldn’t want to do anything that might limit the enthusiasm of the Very Fine People who came to the National Mall on January 6th, right? Right?

This past week in Arizona we got to see what the “what’s the downside for humoring until he dies” strategy looks like in a live campaign setting.

Over the weekend, Mike Pence, Doug Ducey, Rusty Bowers, and the other Good Republicans™ were campaigning for gubernatorial candidate Karrin Taylor Robson in her upcoming primary against MAGA Drag Queen Kari Lake, who meanwhile was holding a Poconos-standup-act-meets-Confederate-monster-truck-rally with Trump across the state.

There was much scuttlebut in the political class about how this was the first step in the coming internecine Trump-Pence war. But the attacks seemed awfully one-sided.

At the Lake rally, Trump called Bowers a “RINO coward.” Lake said Biden was an “illegitimate president” and that “Trump won.” And Trump-endorsed Senate candidate Blake Masters said they were planning to “prosecute Fauci.”

Meanwhile in the Pence camp the #war was a little more muted. The former VP sent two tweets that had the political class buzzing but . . . well, see for yourself.

If the Republican Party allows itself to become consumed by yesterday’s grievances, we will lose. But if we come together, keep our eye on the ball & focus on the future, we won’t just win the next election, we will change the course of American history for generations! 🇺🇸

Some people! Bold! Who might he be talking about there? The person that sent the mob to kill him? Or the RINOs who are still obsessing over Ronald Reagan?

What are “yesterday’s grievances” that he is referring to in tweet two? Trump and Stop the Steal? Or one of the many other grievances of yesteryear shared by Republican politicians?

Those seem less like a full-frontal political attack and more like the kind of tweets you would send if you were adapting your messaging to not make a certain person too upset.

At the rally itself Pence did not admonish Lake over the fact that she continues to advance the absolutely insane election lies that nearly led to his death. That topic didn’t come up.

Instead Pence lambasted her over her . . . past support for Barack Obama.

As for Robson, the candidate Pence supports?According to a recent interview, she’s still not sure the election in 2020 was “fair” to Trump.

At least that’s what she says. And maybe Mike Pence agrees. Who’s to say? Not him.

What we do know is that neither Robson, nor Pence, nor anyone else who wants a future in Trump’s party will ever tell us what they really think, as long as Trump is still alive and kickin’.

Instead they will soldier on. Playing the same big game of pretend with our democracy in the balance.

After all, the downside for humoring him for just a little more time is likely to be felt by other people. And the upside of humoring? That accrues directly to the Republicans who want power.

But don’t worry. Eventually they’ll be able to tell the truth. Probably.

As long as he’s the one who croaks first. 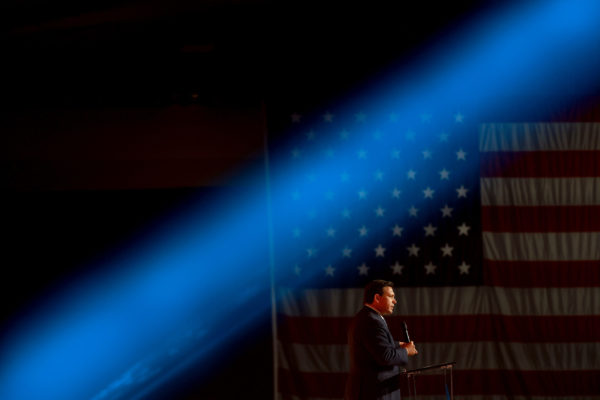 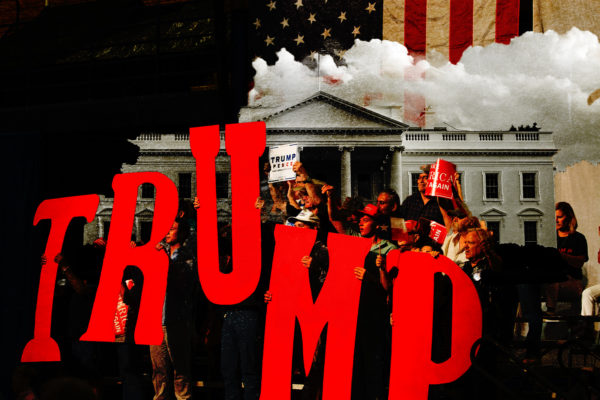 Who Would Staff a Second Trump Term?