Nearly two years ago a prediction was published here, a warning to Republicans that “Donald Trump is going to destroy their party. Not because he wants to or even because he’s trying to. But because the destruction of the GOP will be required in order to fill his psychological needs.”

That prediction was published before Trump tanked the two Georgia Senate runoff elections, handing the majority to Democrats; before he incited a deadly insurrection at the U.S. Capitol; and before he threatened to leave the Republican party during his final hours in office.

And yet all of that was subsequently forgiven and whitewashed by the same Republicans who are now desperately trying to dump Trump.

What’s odd is that Republicans are behaving as if Trump will take the hint, react appropriately to the roast they have coordinated, and go away. Team Normal even seems to think they can create a virtual smoke-filled room and convince the other potential 2024 contenders to keep the field small so Trump can’t win the nomination with a plurality of the vote like he did in 2016.

Donald Trump is not afraid of his former attorney general Bill Barr, who warns that Trump will “burn down the GOP,” insists his former boss “step aside,” and now calls for a Reagan-style revival for Republicans.

And Trump doesn’t care that Paul Ryan and Larry Hogan now call him a loser. Or that Chris Sununu predicts Trump will be “just one of a dozen” candidates. Or that his former National Security Advisor John Bolton said Trump’s “act is old and tired.”  Trump is probably laughing at Mike Pompeo, who suddenly coughed up the courage to criticize him—but only implicitly, without saying Trump’s name. They can take all the shots they want at him but Trump is not going to sweat establishment Republicans who have no currency with MAGA voters.

These Republicans attempting to isolate Trump don’t seem to understand that their own voters nominated hundreds of election deniers just a few months ago. And they do not seem to have an actual plan for how to turn these voters against Trump. They seem to think that Mitch McConnell can simply give a command and then Republican voters will do what they’re told.

Even though Republican voters have not done what they were told for going on seven years.

Meanwhile, Trump is busy enjoying a new business relationship with the murderous regime in Saudi Arabia and has signed a deal with the government of Oman. And even though he’s running, we can’t be certain that he actually wants to be president again. But “being president” isn’t really the point. The point is that Trump is running to remain relevant and continue getting paid. His interests—both business and personal—are much more centered around dominating Republicans than returning to the White House. And if he can’t dominate the party, then it will be in his interests—again, both business and personal—to burn down the GOP so it cannot win without him, either.

Republicans who think that their sternly worded warnings to Trump will be effective seem to have forgotten that this man purposefully endangered the life of his own vice president. So no, he will not be loyal to a political party, endorse the nominee, and encourage his voters to support the winner in 2024. Ronna Romney McDaniel, who has rigged the RNC for Trump (after he tried to steal an election) by paying his legal bills, buying Don Jr.’s books, and censuring Liz Cheney and Adam Kinzinger, has no secret plan to keep Trump on the team. Nor does anyone who could defeat her for RNC chair.

On January 20, 2021 when Trump told McDaniel he was leaving the GOP, he explained it would be punishment for Republicans who supported impeachment and refused to overturn the election, according to the account in Jonathan Karl’s Betrayal. “This is what Republicans deserve for not sticking up for me,” Trump told McDaniel. She managed to back Trump down by threatening to withhold payment of his bills and an email list he was using to raise millions. But Trump won’t back down now; he will not simply accept the promise of a potential future pardon from Ron DeSantis and go home quietly.

When attorney general Merrick Garland announced a special counsel to manage the Trump probes, the former president warned his party twice in a Fox News digital interview: “The Republican Party has to stand up and fight.”

When Jonathan Karl recently asked Paul Ryan about the threat of Trump filing for an independent candidacy, Ryan replied, “then he gives the left the country. And I think he would not want to be blamed for doing that.”

Again: Republicans who have never—ever—seen Donald Trump motivated by shame cannot base their plan to exile him on shame. In 2016, he accused Ben Carson of having a pathological temper and showed up to debate Hillary Clinton with women who accused Bill Clinton of sexual harassment and assault. Complete and utter imperviousness to shame is one of Trump’s superpowers.

Trump is already going after the new GOP Golden Boy, slapping a nickname on the Florida governor and threatening to spread dirt about him. He actually shared at least some of that dirt with Rolling Stone, which stated in its reporting about his effort to tar DeSantis: “Rolling Stone is declining to repeat what Trump has said.”

At his tired Vegas lounge act of a campaign announcement on November 15, Trump read from the prompter and it was so boring people tried to leave early. He was being disciplined and didn’t even mention the Big Lie—but he still included his essential ingredient, the persecution complex. “I’m a victim. I will tell you, I’m a victim,” he said. And this is what binds his most fervent supporters and remains his most potent weapon. Because his base knows that Trump is not just a victim of the Department of Justice, or a district attorney in Georgia, or the attorney general of New York—he is a victim of the RINOs complaining about his role in the midterms and coordinating to puff up DeSantis just because they can’t bring themselves to admit that overturning Roe had electoral consequences.

Trump has, at worst, about an even-money chance to win the Republican nomination. Before the midterms, Vanity Fair reported DeSantis was willing to wait for 2028 so he wouldn’t have to take on Trump. That was before he ran up the score in his re-election contest. But beating Charlie Crist in an increasingly red state while successfully ignoring Trump isn’t the same thing as beating Trump for the nomination. Just as releasing a campaign video claiming “God made a fighter” isn’t the same as actually fighting Trump, either.

And look at the rest of the Republican field: What’s their argument? None of them are running against Trump’s lawlessness or tyrannical instincts and they aren’t likely to distinguish themselves from each other on policy. What they think they can do is position themselves as polished Trumpists—savvier, more sophisticated culture warriors willing to dabble in illiberalism or authoritarian socialism, like using the state to attack the private sector. If the candidates nominated in 2020 and 2022 were more Trumpy, not less, the 2024 Republican contenders will likely run as Trump-lite, not as alternatives. If they do, then Trump has the best shot to win.

And Republicans have another handicap in their attempt to unseat Trump: They have to worry that if Trump falls behind in the primary polls and another clear leader emerges, he will leave and trash everyone. He won’t wait to lose the nomination, since he cannot permit an actual defeat. He will eject himself in advance and campaign against the party.

Chaos always wins. Trump can just grab Kari Lake or Marjorie Taylor Greene or whoever the MAGA Girl Wonder is that month and go nuts. He can pretend to start some candidacy somewhere, raise money, and sabotage the GOP nominee. And some portion of his voters will believe he has been cheated again, sold out by RINOs, and that voting Republican would be no different than voting for a woke socialist.

Trump has prepared perfectly for this final conflagration, because his supporters know fraud follows him everywhere. When Ted Cruz won the Iowa caucuses it was rigged. When Hillary Clinton won the popular vote it was rigged. 2020—obviously rigged. And so the 2024 contest is his to be had—or it’s rigged, too.

Most importantly, this campaign is a shield for Trump. He trusts his supporters will believe that any criminal charges he faces will be fake witch-hunts. He expects to raise a lot of money off of the outrage, and he also expects these developments to flummox his Republican opponents and adversaries.

Because if there is a reckoning and Trump faces justice, are his Republican opponents going to defend the Biden Justice Department or Fani Willis, and tell Republican primary voters that the charges are credible and Trump’s conduct was criminal? Will they tell the Oath Keepers and Proud Boys to chill out and stop threatening the lives of law enforcement and prosecutors and judges and their families?

How could they? These same people spent the last five years defending Trump from “witch hunts” and “fake news” and all the rest. They helped prime Republican voters to believe this stuff.

Trump understands that anyone who dares to get into the race with him will have to agree that yes, it’s all a political persecution and Trump is innocent and that the best way to own the libs is to vote for him again. He’s the best middle finger available. They will have to say this because if they don’t, then they will either lose the primary or lose some sizable percentage of Republican voters.

Trump rode to power by fighting the Republican establishment because he understood that it was weak. He realized that whatever Republican elites might say, they’ll always come to heel. Grab ’em by the insurrection. You can do whatever you want.

Does the Republican establishment seem more powerful today than it was in 2015? And if, for some reason, Republican elites do hold out this time and line up against him, is there any reason to think that Trump will not torch them all on the way out the door?

When Republican elites say they want to move on from Trump because he hurts their party’s electoral chances, they’re telegraphing their own vulnerability. They’re admitting that they care more about winning Republican seats than anything else. Donald Trump does not care if the GOP ever wins again. And this gives him leverage over them.

If Republicans don’t understand this already, they soon will. 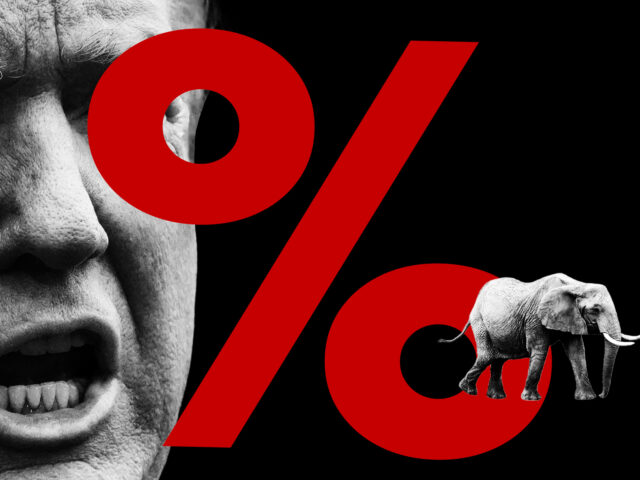 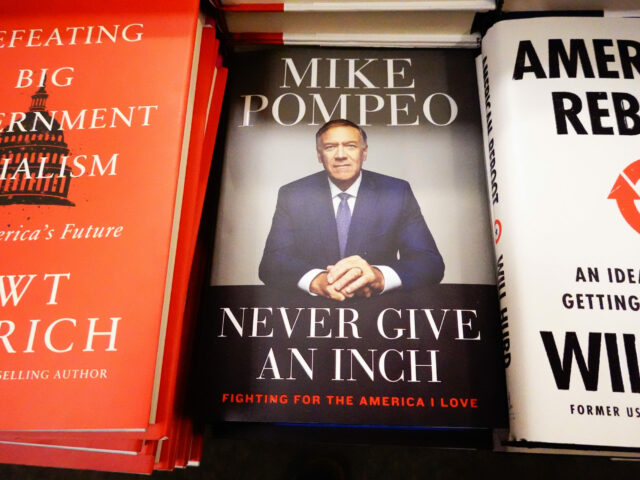 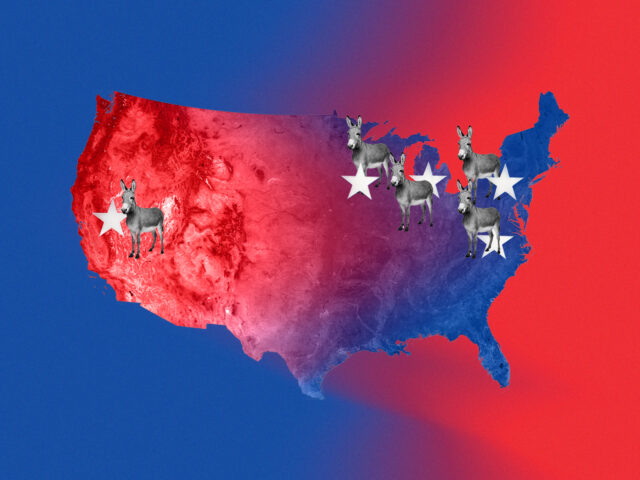