Be grateful that things aren't worse than they are. Seriously.
by Yevgeny Simkin
STAMFORD, CT - NOVEMBER 24: Central American immigrants and their families pray before Thanksgiving dinner on November 24, 2016 in Stamford, Connecticut. Family and friends, some of them U.S. citizens, others on work visas and some undocumented immigrants came together in an apartment to celebrate the American holiday with turkey and Latin American dishes. They expressed concern with the results of the U.S. Presidential election of president-elect Donald Trump, some saying their U.S.-born children fear the possibilty their parents will be deported after Trump's inauguration. (Photo by John Moore/Getty Images)
Share on Facebook Share on Twitter Share via email Print

Thanksgiving is my favorite American holiday and having not done an actual survey I will say with some degree of confidence that ex-Soviet Jews generally share this predilection.

The story just really resonates: a bunch of immigrants fleeing in search of life, liberty, and the pursuit of a cornucopia of comestible options encounter a bunch of multicolored weirdos with a bevy of customs and beliefs that are strangely hospitable and welcoming and on numerous occasions save them from figurative (and perhaps even literal) starvation.

Other holidays allow us to express that gratitude through some mildly twisted orthogonal logic. But Thanksgiving is the moment where we get to identify with the above paragraph in its pure unadulterated distillation.

One thing, in particular, I’m really grateful for this year is my friends. Even—especially—my pro-Trump friends. I’m especially thankful for them because I can see the gulf between us widening and I am fully aware of how much I value them. They live in an alternative universe in which things that I perceive as existential threats to our very existence are actually net positives that we should all aspire towards and embrace.

This is extremely challenging, to say the least. I’ve written before that our opinions are irrelevant and that our interpersonal connections are (really) all that matter. But obviously, this is now being stretched to the breaking point for those that continue to engage in current affairs.

It’s extremely hard to even know what to do, much less have any kind of meaningful strategy, when confronted by well-meaning people whom one loves who are spouting gibberish that any reasonable person should recognize as nonsense.

And yet, here we are.

I have a friend with whom I had the following exchange:

Friend: I despise Joe Biden—he’s a complete piece of shirt—and his equally detestable son made billions of dollars at Burisma, and Biden did everything in his power to blackmail Ukraine into making all this possible.

Me: Let’s for the sake of the hypothetical assume that I can prove to you to your own satisfaction that everything you just said was factually incorrect. Would that in any way change your opinion of the Bidens and/or of the double standard that you believe is being applied in the way Trump is being treated by the MSM even as the Bidens are being given what you perceive as a “pass”?

Friend (thoughtfully and honestly and kind of smirking): No.

But here’s the thing: I really like this guy!

And I have many other friends—okay, maybe not “many,” but more than I can count on one hand—who are lovely people and whose company I enjoy who, when the subject comes around to geopolitics, live in an alternate universe and are now squarely members of a tribe to which I do not belong.

Historically, humans have not had the best track record of personal interconnections with members of external tribes. Most of the time (has there ever been an exception?) inter-tribal rivalry has lead to a lot of dead bodies. And today, I can’t help but notice that some of the language being implemented in the discourse of our differences is the language of warfare.

We hear a lot about the inhumanity of the other camp. “Human scum” is “vermin’s” next-door neighbor. And it’s important to remember that there is no negotiating with vermin. You don’t have a difference of opinion with vermin and you don’t work “across the aisle” with them. Once your problem is “vermin,” the only solution is extermination.

So, I guess I’d like to express gratitude that we’re not at vermin yet.

This might sound like a small thing, but it’s not. It’s a really big thing. And the fact that so far it’s only the American president thinks that people like me are “human scum” and not my Trump-loving friends, well, that’s a big thing, too.

And I’m grateful for it.

I guess the question is: Can people from alternate dimensions live side-by-side and enjoy each other’s company, in all its absurdly unrecognizable multitudes?

Can we look past each other’s opinions and learn to engage just with those aspects of one another that we find adorable?

For all our sakes I hope the answer is yes.

Yevgeny (Genia) Simkin fled Soviet Russia as a child and has spent his life bouncing from music to comedy to software engineering. You can follow his comedy Twitter feed here. He's also the founder and CEO of Crocodile Genia—a software consulting firm whose brilliant engineers are located mostly in Ukraine and Georgia. 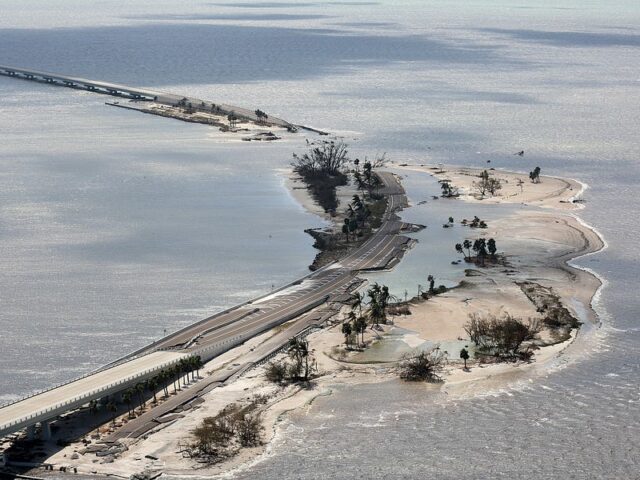 Hurricane Ian and What We Owe to Each Other