It turned out that “perhaps” was doing yeoman’s work there.

The book being reviewed was It Was All a Lie, a forthcoming (in August) re-examination of a life spent working in Republican politics and the malign influence of racism on the party, written by Stuart Stevens. Here are some disclosures for you, dear reader: Stevens is someone I know and admire. He has written for The Bulwark. The reviewer is Matthew Scully, who is a former colleague of mine (and Stevens’s) and has been a speechwriter par excellence for Republican presidential contenders from George W. Bush to Donald J. Trump.

This story has all of the conflicts!

For starters, he’s a guy known in the business for his history of shivving former colleagues. So it’s not entirely surprising that his latest target isn’t just a random book he happened to pick up on Amazon. He knows Stevens well: In 2012, Stevens hired him to write speeches for Mitt Romney’s presidential campaign, of which Stevens was the top strategist.

Scully mentions their association fleetingly, with a glancing reference to being “a colleague” of Stevens’s on the Bush 2000 and Romney 2012 campaigns. After that he settles into his longform review—it clocks in at nearly 5,000 words—with a string of passive-aggressive remarks about his erstwhile client’s political résumé.

He concludes that Stevens’s influence as chief strategist of Mitt Romney’s 2012 campaign was “ruinous.”

In Scully’s telling, Stevens ruined the presidential aspirations of a severely awkward Massachusetts governor who dispatched several more conservative and accomplished rivals to win the Republican presidential nomination only to lose in a general election to a popular and significantly more politically skilled incumbent president during an economic recovery in which General Motors was alive and Osama bin Laden was dead.

If only we could all fail so spectacularly. In one confusing passage Scully claims that Stevens “managed to lose decisively even as President Obama received 3.5 million fewer votes than he had in 2008 against John McCain.”

What does Scully think happened to those 3.5 million votes? Does he believe that they evaporated or were banished to an alternate universe with sorcery? Because what most political professionals would see is that Mitt Romney earned more votes than any Republican previously to run for president save George W. Bush in 2004, that he improved on John McCain’s 2008 total, and that he ate into Obama’s 2008 haul.

That declining vote total is actually the evidence that the Romney campaign was doing something right, if not enough to win.

And that’s where the penny drops.

In an extended section, Scully relates a behind-the-scenes story it seems that he has been stewing over for a while. It is worth taking a close look at it, not only because of what it says about the axes Scully intends to grind but also because of what it reveals about his own integrity.

The story involves Mitt Romney’s address to the Republican National Convention in Tampa. Scully cagily refers to “some intrigue involving Stevens’s disastrous authorship of the big speech in Tampa, a process of convention-week meetings and group editing sessions I was content to be clear of.”

But the claim that he was not involved is grossly and self-servingly misleading.

Here’s what Scully leaves out: As was reported at the time, in the days leading up to the convention Stevens brought Scully in to help draft a new version of the Romney speech. Only one paragraph of Scully’s draft was ultimately used, as Stevens and the candidate himself rewrote the speech. Soon, Scully was on the outs with the campaign, as multiple Romney 2012 veterans confirmed to me.

Which might explain why, in a piece that is ostensibly a review of Stevens’s new book, Scully obsesses over Stevens’s “disastrous authorship” of this one speech.

Scully seems certain that in an alternate timeline in which he had been the chief campaign strategist and Romney’s convention speech had been delivered to his liking, and the campaign had sounded more like Trumpian populism, then Republicans would have overcome historical trends, the political environment, a gaffe-prone candidate, and a once-in-a-generation political talent sitting in the Oval Office as the incumbent. And then—here comes the Butterfly Effect—the Trump presidency would have been forestalled.

This book would never have been written.

And Scully, resentful and disgruntled, wouldn’t have had to write perhaps the most devastating review you’ll ever read.

A boy can dream.

Scully accuses Stevens of indulging in “bitter accusation.” He dismisses Stevens’s “journey of introspection” as one that “has yet to teach him charity” towards . . . well, it’s unclear towards whom exactly. But it seems as if Scully was hoping for moral absolution for people like himself, who went along with Trumpism because of judges, and also, hey they’ve got mortgages to pay, too.

Scully then pivots from book-review to tweet-review, charging that Stevens is hypocritical for criticizing Donald Trump’s tweets because Stevens uses “pompous insults” and “strained attempts at wit” on the microblogging site. Scully admits that he is an “outsider to the platform,” so perhaps he is unfamiliar with the president’s Twitter feed, which is bereft of attempts at wit. Scully cites no examples of Stevens sharing the types of things that actually appear on Trump’s feed: “white power” videos or  “white genocide” accounts. Or telling black American women to go back to Africa. Or sharing racist or absurdly false conspiracy theories. Or compulsive lying. Or inciting violence against minorities.

It’s on the issue of race that Scully takes the hardest line against Stevens.

Scully gives the dime-store Republican defense on the party’s history with race. It’s nothing you haven’t read 30 times before in YAF handouts: Civil rights was not in fact the reason for the Republican collapse among black voters—it was merely that black voters preferred LBJ’s activist government. (Sure thing.) The GOP’s Southern strategy isn’t worth mentioning. (No surprise there.) Ronald Reagan “never used” the phrase “welfare queens.” (False.) Donald Trump deserves praise for being “indifferen[t]” to criticism of his race-baiting rhetoric. (Seriously, he argues this.)

Scully proclaims, “I have never come across anyone who suggested or would tolerate a racially motivated line or tactic” in his decades of campaigns.

I assume he wrote this with a straight face, but for all I know this is just an example of the high literary style that would have swept Mitt Romney into 1600 Pennsylvania Avenue if the barbarians hadn’t mucked with his copy.

Because at this point it should be noted that after working for George W. Bush and Mitt Romney, Matthew Scully accepted a job writing for Donald Trump. He did this after Trump proposed banning people from travel on the basis of their religion. After Trump accused Scully’s previous client of being compromised by his Mexican wife. After Trump claimed an American judge was unable to do his job fairly because he was of Mexican descent. After Trump refused to condemn David Duke.

So if Matt Scully thinks he has never come across a racially motivated line, he is the most aloof speechwriter of all time, or maybe—just maybe—his review of It Was All a Lie isn’t on the level.

Scully springboards from his claim of innocence to the most devastating charge in the review. He takes issue with the fact that Stevens has the temerity to ignore this:

Trump as president has reached out to African-American voters often, for reasons as politically sensible as they are honorable.

Ah yes, if Donald Trump is known for anything it is his honorable intentions. Especially when it comes to the issue of race.

And if there were very fine people on both sides of this debate who were being honest in reflecting about their past campaign work, I probably would.

But alas that is not the case. 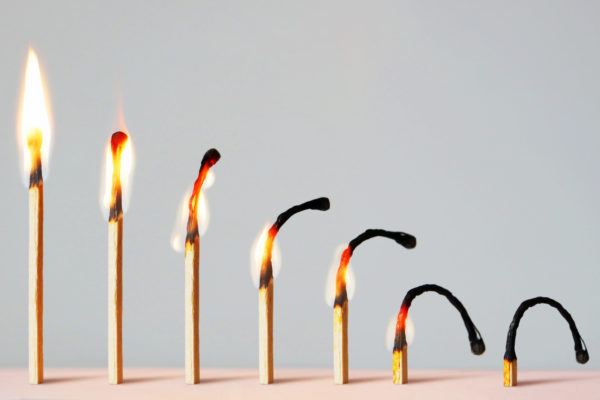 The High Cost of How We Work 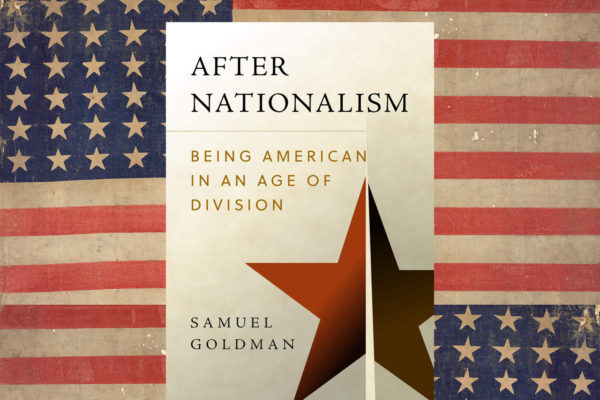 A Nationalism of Community