Anti-Vax Fever: Where the Far Left Meets the Far Right

Every few days, I meet or speak to someone who will not get a COVID-19 vaccine. No, I’m not talking about all-in-Trumpers or deep red staters. These are generally successful white professionals who lean left. Some are family members. All are adherents of integrative, alternative, or holistic medicine. And they are Democrats.

Having reported on Cuban/South Florida politics since the 1990s, I am well-acquainted with the chasmic divide between the right and the left in many areas of our nation’s political life. But vaccine deniers have no such divide. Anti-vaxers from the left and right are thoroughly marinated in the same propaganda—with mildly divergent talking points.

Most of my adult life has been spent in California where, for half a century, the progressive cultural trends of the country have ripened: environmentalism, the New Age, Green politics, wokeness, you name it. It’s a state with a solid 68 percent of the adult population fully vaccinated and 84 percent partially vaccinated—but those holding out are hard core. You would be mistaken if you thought they were mostly on the right.

I have been left slack-jawed not by the reliable anti-vaxers/anti-maskers of the right, such as Sen. Ron Johnson, Sen. Rand Paul, and the self-described Trumpistas I know in South Florida, but by friends who self-identify as progressives.

All are highly educated yet will not get a COVID vaccine, voicing qualms about its creation, side effects, and effectiveness. Some cite personal issues—one had Lyme disease, another blames her heart arrhythmia—although millions of people with the same issues have been vaccinated without serious side effects.

Most alarming is the news that one of my cousins and her husband, both successful television actors, will not get vaccinated. Instead, my cousin is “microdosing” a homeopathic remedy. Another normally sensible family relation is also not getting vaccinated. He is currently dating a popular yoga “influencer” and has been, well, influenced.

According to a recent Los Angeles Times piece, many of the anti-vax memes and false claims now circulating on the left can be traced back to QAnon, the far-right conspiracy cult. But much is coming from prominent figures in alternative medicine.

A widely reposted letter from Frank Shallenberger, a Nevada-based integrative practitioner, suggests that mRNA vaccines are potentially fatal: “We have absolutely no idea what to expect from this vaccine. We have no idea if it will be effective or safe. . . . If you ever wanted to be guinea pig for Big Pharma, now is your golden opportunity.” (While it is true that deadly pandemics tend to galvanize all-hands-on-deck action, the research into mRNA vaccines goes back about fifteen years, to when SARS first appeared.)

Disturbingly, most of my “vax refusenik” friends work in health care. One has a Ph.D. in nutrition. Another works in biofeedback, a field of alternative medicine. A third (and well-known) naturopath/chiropractor sent me an anti-COVID screed at the beginning of the pandemic, saying that COVID was nothing more than a bad flu afflicting the elderly or infirm; indeed, nothing more than the Big Lie created by the Deep State. As the U.S. death toll crested past half a million, he modulated his message: The disease was sort-of real for those with weak immune systems. Still, he maintained that vaccines are the sinister product of collusion between the Deep State and Big Pharma.

Last week, he was admitted to an L.A. hospital with COVID pneumonia. As of this writing, he remains on oxygen. According to a fundraising page set up by his family, he believes that people around him who took the vaccine have made him sick through a process called “vaccine shedding.” (The CDC and other health authorities and scientific experts have repeatedly debunked this notion.)

Unlike when I was growing up, alternative, integrative, and holistic medicine now have tens of millions of adherents in the United States and constitute a multi-billion-dollar industry—nothing to rival Big Pharma but nothing to sneeze at, either. I know this world well. I have long benefited from the best in Western medicine, supplemented by acupuncture, massage, supplements, homeopathy, etc. One could reasonably say I was born into the alternative medicine world: My mother was a follower of natural health pioneers Adelle Davis and J.I. Rodale.

But—a big but—it was a world that generally held vaccines in high esteem. That is no longer the case. Today, among practitioners and adherents of alternative medicine, incendiary and often untrue claims about vaccines are circulated. For example, a friend of mine, a nationally known nutritionist, will not get vaccinated and claims that “infants today are given 26 vaccines bundled at a time.” It is true that some vaccines are bundled together—for public health reasons—but that does not apply to the COVID vaccine, which is administered in single doses that are spaced out. The new vaccines are also made without any heavy-metal components (another false claim of anti-vaxers). Like millions of others, I’ve had three Pfizer vaccines over the last nine months with zip reaction to any.

While the anti-vax talking points coming from the left are about the same as those from the right, the left’s are arguably more pernicious because they are likelier to make inroads among younger people, and among those who view themselves as independent thinkers.

The social media posts and emails my friends pass on often cite doctors who claim an array of irregularities in the making and marketing of COVID vaccines. No matter that these supposed authorities are often discredited, like Andrew Wakefield, the anti-vax propagandist barred from practicing medicine after his research was discredited; or Frank Shallenberger, who was subject to major disciplinary action in California where he surrendered his medical license; or the supplement czar Joe Mercola, an osteopath whom the FDA has warned to stop selling fake COVID products.

When I seek to engage my refusenik friends, I am usually met with a wall of whataboutism. One, who has a doctorate, was shocked last year to learn that hydroxychloroquine didn’t save Donald Trump from getting severe COVID. A much-in-demand naturopath in Santa Barbara asked me if I wanted a prescription for hydroxychloroquine “to have just in case.”

The anti-vaxers I know opine on the rare but possible adverse reactions to the COVID vaccines but seem unbothered by the known potential side effects of hydroxychloroquine, which range from seizures to ventricle arrhythmia to suicide. And while Ivermectin may have been the COVID drug of choice for Fox News in recent weeks, it has long been very popular with the holistic crowd.

Heather Terbell, an OB-GYN at Santa Barbara’s Sansum Clinic, sees a lot of anti-vax sentiment in her practice, mostly among the “my-body-is-a-sacred-temple crowd and lots of home birthers.” Recently, a popular chiropractor in Santa Barbara I see came down with COVID. On Friday, I canceled an appointment with one of his associates, having learned that she, too, is not vaccinated.

Mainstream outlets are right to put much of the blame on the far right for anti-vaccination sentiment. Yes, their numbers are legion. And yes, the stories of right-wing radio hosts and QAnon cultists who spread anti-vax propaganda before succumbing to COVID themselves have proven irresistible to reporters. But anyone who thinks COVID misinformation begins and ends on the right is fooling themselves. Among the anti-vaxers, the far left meets the far right—in a deadly embrace.

Ann Louise Bardach is a journalist and author of several books, including Cuba Confidential and Without Fidel. She won the PEN USA Award for Journalism for her reporting on Mexican politics. 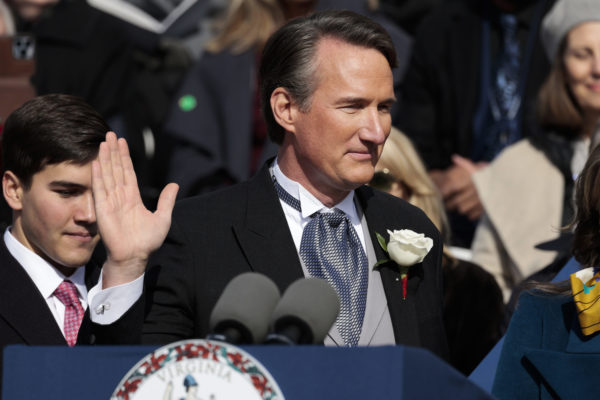 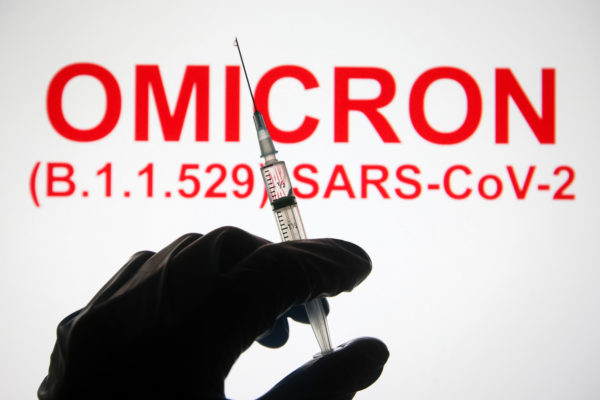 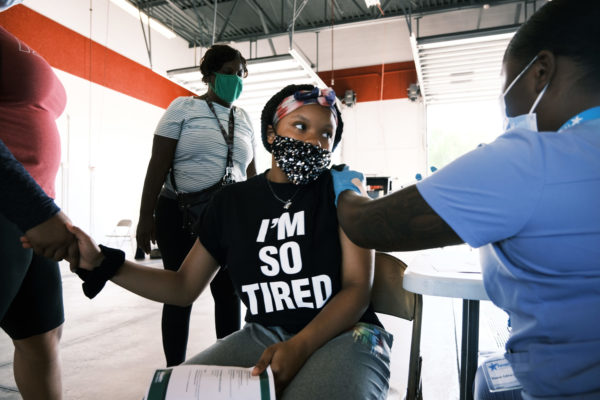