Secretary of State Blinken had promised “to do whatever we can” to stop the completion of Nord Stream 2.
by David J. Kramer and Benjamin Parker
The Russian pipe-laying vessel Akademik Chersky is moored in the seaport. The special vessel has already been used for construction work on the German-Russian Nord Stream 2 gas pipeline in the Baltic Sea and is currently being equipped with additional technology. Laying work for the gas pipeline is continuing near the island of Bornholm. Photo: Jens Büttner/dpa-Zentralbild/dpa (Photo by Jens Büttner/picture alliance via Getty Images)
Share on Facebook Share on Twitter Share via email Print

The Biden administration announced on Wednesday that it has dropped its opposition to the Nord Stream 2 gas pipeline between Russia and Germany as part of a deal with Berlin. The change in policy is indefensible—on its substance, the process behind it, the politics surrounding it, and the effects it will have on European and American security.

First, some background: The original Nord Stream pipeline, which went into service a decade ago, connects Russia to Germany directly under the Baltic Sea, allowing Russia’s semigovernmental gas monopoly, Gazprom, to sell directly to EU states. Nord Stream 2 would duplicate the existing channel, doubling the rate at which gas can flow west—and, by extension, the rate at which cash will flow east. It would obviate the need for Russian gas to transit Ukraine, costing Ukraine roughly $3 billion per year in transit fee revenue. At the same time, it would rob Ukraine of some of its leverage against a renewed Russian offensive deeper into its territory: Once the pipelines crossing Ukraine becomes redundant, the Russians wouldn’t have to be careful not to damage them.

The United States and many of its non-German European allies and partners have long opposed Nord Stream 2. Earlier this month, Ukrainian president Volodymyr Zelensky called on all of Europe to “unite to counter this energy threat.” And last October, Poland’s anti-monopoly regulator fined Gazprom $7.6 billion for (as Reuters puts it) “building the Nord Stream 2 gas pipeline without Warsaw’s approval.” Of course, Poland, like Ukraine, would stand to lose out on transit fees—the rents paid to countries whose territory existing pipelines cross—if Nord Stream 2 replaces existing pipelines. But French President Emmanuel Macron and British Prime Minister Boris Johnson have also criticized the pipeline project and Germany’s eagerness to create an additional artery between rule-of-law Europe and kleptocratic Russia.

Given Russia’s track record of using its energy exports as a political weapon, it’s hard to imagine why Germany and Europe would want to become more dependent than they already are on Russian gas. Most notoriously, Russia cut off supplies to Ukraine in 2005-2006 and 2008-2009. In both of those cases—which antedated the activation of Nord Stream—the supply of Russian gas to the rest of Europe was affected as well. With growing international calls to diversify away from fossil fuels, demand for Russian gas might well decline, raising questions about the need for Nord Stream 2. Once completed, however, incentives to diversify are likely to suffer while leaving Europe more vulnerable to Russian strongman Vladimir Putin’s use of energy as a political weapon through cutoffs, or at least a lurking threat to cut supplies to get his way on other issues.

For these and other reasons, Nord Stream 2 has faced stiff opposition from Washington since construction began in 2015—at least until the Biden administration, though the bulk of the construction, to be clear, occurred under the watch of the Trump administration.

In his confirmation hearing in January, Secretary of State Antony Blinken made it clear that both he and Joe Biden were determined to oppose Nord Stream 2:

. . . the president-elect strongly agrees . . . that Nord Stream 2 is a bad idea and he has been very clear about that. . . . I am determined to do whatever we can to prevent that completion, the last hundred yards [of the pipeline], I very much agree.

I do need—I would need to consult with the president-elect—I haven’t had a chance to talk to him about this—when he is president to make a determination on sanctions. In an ideal world and we probably do not live in one—in an ideal world, we will engage very quickly with our partners and allies in Europe and I think we would try to seek to convince them to stop this.

But if that does not succeed, I think the tools that we have, including the tools that you provide [i.e., sanctions against companies and individuals involved in construction of Nord Stream 2], are something we would have to look very seriously at.

There’s no reason to suspect that Sec. Blinken was lying, and every reason to suspect that he and the State Department were overruled by President Biden (apparently at the NSC’s urging). Nor, apparently, is this the first time: In May, the administration waived sanctions against Nord Stream 2 AG, the company building the pipeline, and its CEO, former Stasi agent and Putin confidant Matthias Warnig. The State Department found that Warnig and the company had engaged in “sanctionable behavior”—of course they had, because under U.S. law building Nord Stream 2 is sanctionable—but Sec. Blinken found that an exception was in the “U.S. national interest.” How he came to such a conclusion, other than by order of the White House, is unclear.

Having failed to use, or been ordered not to use, sanctions to block the “last hundred yards” of pipeline, Sec. Blinken on June 7 declared the pipeline a “fait accompli,” which Zelensky, Macron, Johnson, Polish President Andrzej Duda, and other leaders no doubt found disheartening and frustrating, to say the least.

One question the White House seems to have been grappling with is whether it’s worth putting more strain on the already stressed German-American relationship to block the pipeline. But they’ve made the answer more complicated than it needed to be.

It’s true that relations between the United States and Germany have been tested in recent years—the German government opposed the Iraq War in 2003; Edward Snowden revealed in 2015 that the NSA had been intercepting German Chancellor Angela Merkel’s cell phone communications; and former President Trump did just about everything possible to insult and abuse Germany and Merkel.

At the same time, Merkel strongly pushed to finalize an investment deal with Beijing before the new American administration came into office, knowing such a deal would not sit well in Washington; the deal has since been held up by the European Parliament. Germany falls woefully short of the 2 percent of GDP spending on defense expected of all NATO members. Berlin also reacted negatively to the American-led push to drop patents on development of vaccines to fight COVID. Responsibility for the problems in the German-American relationship, in other words, does not lie solely on this side of the Atlantic.

Moreover, Merkel’s goals shouldn’t be confused with Germany’s needs. She is in her last months as chancellor, having announced her intention to retire following September’s elections. While she favors Nord Stream 2, it’s not clear that her expected successor or their coalition will. Two more months might have made a world of difference. As for whether Germany really needs Russian gas directly, the economics may be misleading: As the opposition to Nord Stream 2 has mounted, Russia has artificially constrained its gas exports to Europe, driving up the price of gas and creating the illusion of excess demand. This is an argument for Europe to make itself less dependent on Russian gas, not more.

But even assuming there were unknown factors that made the Biden administration’s decision urgent, the interests of other allies and partners are getting shortchanged. The terms the United States negotiated with Germany are unimpressive to say the least; they reportedly include:

Let’s take those one-by-one. The promise of $50 million (when?) is nice, but very modest. Ukraine’s energy consumption is already diversified, with considerable nuclear power production. What it needs more than green energy are transit fees, about which more shortly.

The Three Seas Initiative is a loose consortium of states between the Black, Adriatic, and Baltic Seas. Despite its promising concept, it has held exactly one summit. The most likely outcome of German support for “energy talks” is nothing.

As the report quote above observes, it’s unclear how exactly Germany and the United States propose to force Russia to continue paying Ukraine $3 billion in transit fees—roughly 7.5 percent of Ukraine’s total 2020 state budget. Certainly the United States and Germany aren’t promising to make up any shortfall in the Ukrainian government’s revenues—for one thing, Congress hasn’t appropriated nor authorized money for such a use. And compared to $3 billion, what use is the $50 million green energy investment?

Maybe the Ukrainians have a different view of these terms. But we wouldn’t know, because they weren’t involved in the negotiations despite being in an active shooting war with Russia. Worse, they were threatened that complaining about the terms of the agreement to which they weren’t a party—the U.S.-German deal is being made about Ukraine but without Ukraine—but which involves their vital interests would damage their relationships with Berlin, Brussels, and Washington. This is nothing short of outrageous.

In his ongoing war against Ukraine, Putin’s consistent position is that Ukraine isn’t a “real country” and that its sovereignty can be violated and manipulated by major powers for their own benefit. By sidelining and bullying Kiev, Biden may have unintentionally lent support to Putin’s view. The announcement today that Zelensky would visit Biden at the White House at the end of next month—when Congress might not be town to meet the Ukrainian leader—does little to soften the blow.

Combined with the President Biden’s failure to meet with Sviatlana Tsikhanouskaya, the leader of the democratic forces in Belarus, during her visit to Washington this week, this has not been a good run for U.S. policy toward Russia’s neighbors or for standing up to Putin. On the contrary, it looks like the administration is caving in to the Kremlin and bending over backwards to accommodate Berlin.

One interpretation of the Biden administration’s policy in Europe and Eurasia is that its goal is to solidify America’s traditional and treaty allies, mitigate the Russian threat, and focus on long-term strategic competition with China. Let Germany have its Russian gas, so the thinking goes, and deal with Russia as needed, so long as everyone is united against Beijing.

This is wishful thinking.

The entire point of Putin’s foreign policy is to make the world safe for autocracy. In this way, at least for the time being, the Kremlin’s practice is to undermine, degrade, and rupture the American-led liberal world order wherever and however it can, placing Russia’s leadership in lockstep with the Chinese Communist Party. Allowing Putin to more effectively export gas to Europe won’t make the democratic, rule-of-law world more ready and willing to confront the challenge from China. To the contrary.

Sec. Blinken, at the same time as his “fait accompli” remark, also indicated that he had in mind ways of mitigating its worst effects. Maybe this time he’ll be allowed to use them.

David J. Kramer is Managing Director for Global Policy at the George W. Bush Institute and served as Assistant Secretary of State for Democracy, Human Rights and Labor in the George W. Bush administration. Benjamin Parker is a senior editor at The Bulwark. 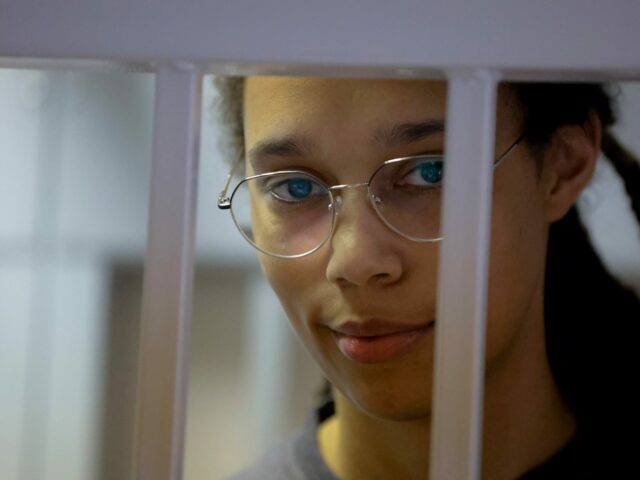